This project has been completed.  To read about the conclusion, scroll down the page. 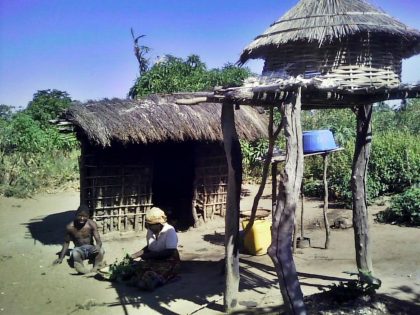 Community Description
Maloya is a typical rural Malawian village without running water or electricity, located along a dirt road, not far from the Phirilongwe Forest Reserve.

Problem Addressed
There is no accessible clean water source for residents of Maloya Village. This leads to illness and, in some cases, death, particularly among children under the age of 5. Most residents currently fetch water for drinking and cooking from dirty wells or waterways like streams or rivers (see pics below). Women, in particular, are vulnerable in the absence of clean, nearby water sources. In our partner villages, women fetching water from sometimes distant, unsanitary sources have experienced domestic abuse for taking too long (husbands suspect infidelity), rape (when women venture into remote areas), and death from drowning in flooded rivers during the rainy season. 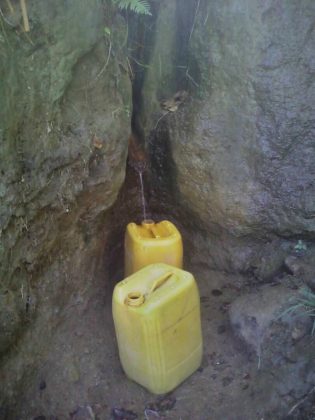 Project Description
This project entails constructing a borehole in Maloya Village. The borehole location was chosen by a village project committee, acting on behalf of the entire village. The site is publicly accessible. Construction will be done by EZ Borehole Drillers, a company located in Blantyre, with substantial experience in the area, including other boreholes funded by Water Charity. The installation will take three days to complete.

It is expected that water will be reached at about 45 meters, but the well will be drilled to a depth of about 60 meters, if necessary. Before drilling, a hydro-geographical assessment using electrical measurements will be conducted to find the depth of the underlying aquifer. 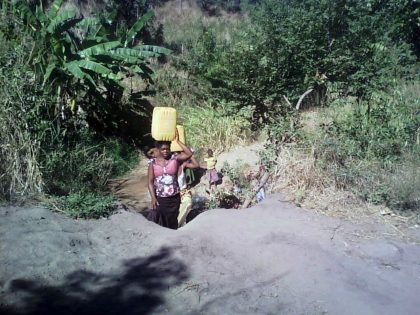 Project Impact
379 households; 1828 people. Village X will gather data from the nearest health clinic to evaluate the impact of the borehole, comparing rates of waterborne illness before and after installation. 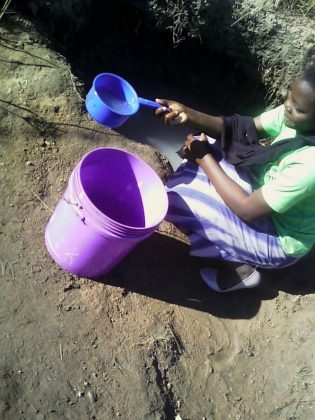 This is the 13th well under the Malawi Borehole Program.

Monitoring and Maintenance
EZ Borehole Drillers will conduct 2 days of community-based borehole management training. Trainees will include the village chief and members of two borehole management committees, a technical committee (responsible for upkeep and maintenance) and a sanitation committee (charged with keeping the borehole tidy. This is an important infrastructure project that will improve the health and well-being of Maloya. It is well-planned, with strong management and fiscal safeguards in place. It incorporates elements of oversight and buy-in by the residents to ensure sustainability into the future.

This project has been completed under the direction of Michael Buckler, Returned Peace Corps Volunteer and founder and CEO of Village X Org. To read about the start of the project, scroll to the top of this page.

The project was designed to build a borehole in Maloya Village.

This project was unusual, as it required 3 drilling attempts to reach water. Nevertheless, we persisted and Maloya has clean water!

Using funds from Water Charity, EZ Borehole Drillers drilled a borehole at Maloya Village, Malawi. The borehole was drilled to a depth of 65 meters. The water was tested and declared clean for drinking purposes.

The rainy season caused a delay in finishing the borehole, but, on January 14, 2019, EZ Borehole installed a standard metal pump mechanism, a cement foundation to protect the pump mechanism, and a cement spillway to channel excess water. On January 31, 2019, after letting the cement around the borehole dry and harden, the community and Village X Field Officer Macford Chinonga gathered to open the well. 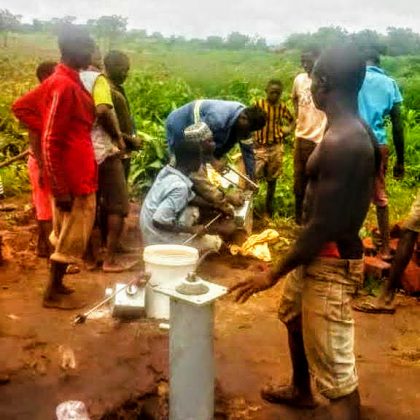 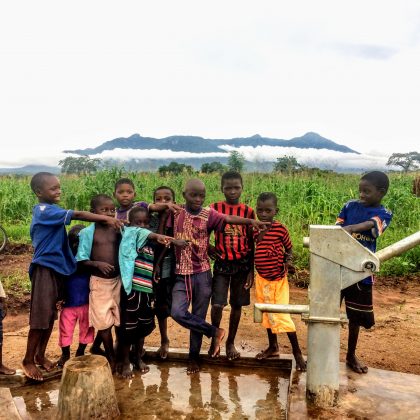 The well is in use by the community, serving 379 households and 1,828 people. The borehole has a one-year guarantee against equipment malfunctions and other failures to harness clean water from the underlying acquirer.

The Malawi Borehole Program’s 13th project is complete. Thank you!

We extend our thanks to Michael and the team for completing this important project. 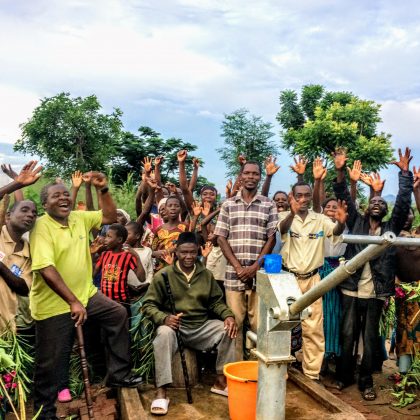 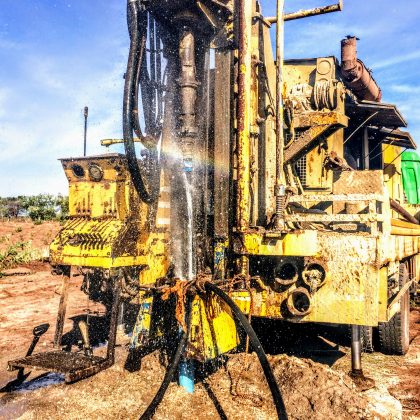