This project has been completed under the direction of Camillia Freeland-Taylor, RPCV Zambia (‘13-‘15). To read about the start of the project, CLICK HERE. 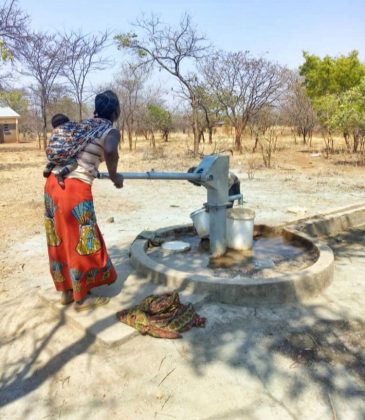 A total of 126 children will directly benefit from this project as the borehole is located on the school ground. The community will also be able to access the facilities. The total number of community members are 1,670 people who will benefit from this project. The second borehole which was out of working order for three years was repaired and will benefit 2,023 people within the community. The grand total of community members positively affected by this project was 3,693 people.

The Magalela Community School Borehole Project was originally contracted out through the Department of Water Affairs office in the nearby town of Zimba. On September 1, 2018, Friday Kangwa and his team came to survey the area around the school. A geographical survey was done on three locations. The central location (in the middle of the school grounds) was the most promising and was chosen for the borehole location. A week later an initial payment of K27,104.00 was made to the Department of Water Affairs so that they could prepare for the project by buying fuel, materials of the hand pump, and labor. When the day came for the crew from the Department of Water Affairs to come there was an excuse given that a piston has broken on the drilling truck. This piece could only be ordered from the capital city, Lusaka. They would be coming the following day.

The next day the crew didn’t show up for the second time. This continues for an additional three days. The team finally arrived the evening before the Return Peace Corps Volunteer needed to leave to head to the airport. The crew did not bring the Afridev hand pump as was verbally confirmed during payment. It would take another week to acquire the pump from Lusaka. After careful discussion with the school committee, headman, and an expert in the field, the team decided to have the Department of Water Affairs drill the borehole, but to find another company for the hand pump and installation.

The boreholes in Magalela community have vastly improved the amount of access to clean water. As a result, the pupils and the community now have access to safe drinking water, sanitation, hygiene, and help to improve the pupil’s overall educational experience. These water sources have also reduced the amount of time and energy it takes local households to get water for their daily needs. 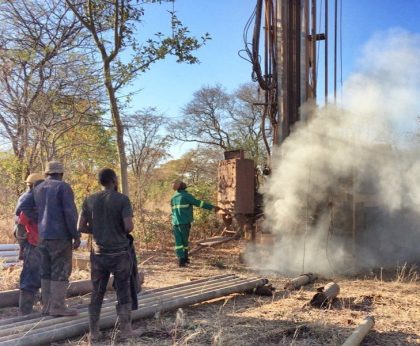 In the pursuit of access to clean water for their children the community was heavily involved in this project. The boreholes have impacted not only the direct community of Magalela, but three other surrounding villages that participated in the project management group, and whose children attend the school. The level of readiness to engage in this project and cross-collaboration with the Returned Peace Corps Volunteer added great value to the project. The community has created a water source committee that oversees the facilities and collaborates with the government to register the boreholes. They have also been trained on water rights and borehole maintenance. This project has helped to facilitate community connectedness by developing the leadership capacity of the local community infrastructure and meeting places, supporting volunteering within the community, and strengthening local leadership.

We extend our thanks to Camillia for completing this important project.