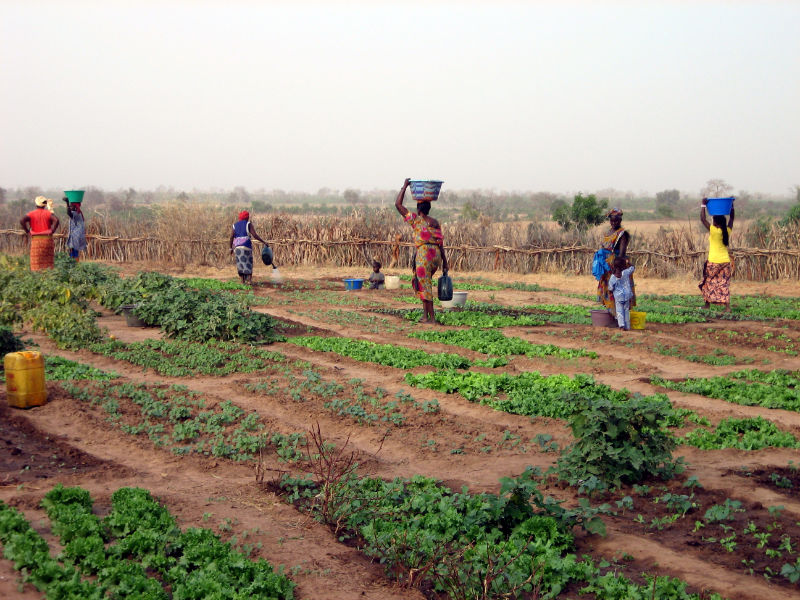 Koumpentoum is a bustling municipality and district capital of 10,000 inhabitants. The town in located in the hot, arid climate of the Tambacounda region, experiencing some of the hottest temperatures in the world.

Located 100 kilometers west of the regional capital of Tambacounda, Koumpentoum serves as a major center for obtaining the district’s health, trade, environmental, and educational needs. A wide array of ethnicities and languages compose the community including Bambara, Pulaar, Wolof, Mandinka, Fula Kunda, Pula Futa, Sereer, and others.

Les Amis de Tous is a local GIE (groupement d’intérêt économique) that formed in 2007. The association currently has 85 members, the vast majority of which are women who are interested in undertaking small entrepreneurial projects in order to better the health and economic conditions of their own and their families’ lives.

In 2010, the association launched a community garden project. With the assistance of a partner association in France, the community was able to finance a well and a stick fence for a 3,900 square meter area. Undertaking their first garden season, the largest challenge that women encountered is access to water. Each day, the women are forced to pull their own water from the well by hand — a tedious task for a 45 meter deep well.

Currently, only about one-third of the garden is being used by 50 women. The women who are currently working in the garden would like to expand their work and other women would also like to begin their own plots. However, most women do not have enough time and energy to pull the water each day.

Women also have to wait at the well for others to pull their water. This project would solve both of these issues as well as expand economic and nutritional opportunity to each participant by enabling them to grow more fruits and vegetables.

Project Description
This water project is to build a manual crank pump and two basins in the community garden of Les Amis de Tous.

A manual crank pump will be constructed using local materials by local metal workers. The circular crank with two handles will sit next to the well and pull up a rope that will run through a pulley that rests over well. Two ropes will be tied to the crank going opposite directions. Each rope will have a container between 10-2 0 liters tied to the end. 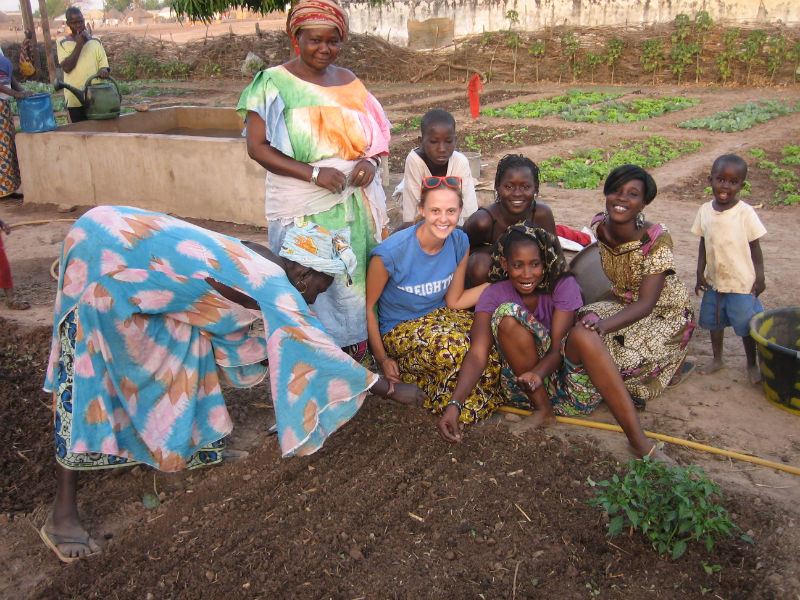 As one container descends into the well, the other container ascends with the well water. One to two women can easily crank the pump as another one pulls the water from the well.

The manual crank system will increase the efficiency of pulling water by at least 500%.

At the other end of the garden and down slope, a second basin of similar dimensions will be constructed. To fill the basin, a pipe will run from the bottom of the first basin to the top of the second basin. A valve will be installed on the pipe. To assure that the slope is enough for the water to descend through the pipe, a mason will dig 30 centimeters deep to complete the depth of the basin.

Project funds will be used to purchase the materials, including cement, bricks, rebar, pipe, and metal, and to pay labor costs.

Les Amis de Tous will contribute the rope and plastic containers for pulling water, the sand, rocks and water for the basins, and any transportation costs of materials.

Project Impact
The 85 members and families of Les Amis de Tous will benefit from the project. In addition, a number of neighbors in close proximity to the well will also benefit.

Comments
This project will have widespread impact on the community as it vastly improves the efficiency of the process of drawing of water from the well. It will save time and energy for those presently using the well while also attracting new women to participate in the garden.

The garden will improve the overall health and nutrition of the recipients and their families, as well as create an opportunity to benefit them economically.

Dollar Amount Needed
$0.00 – This project has now been fully funded, through the generosity of the Elmo Foundation, with the help of Jillian’s friends.