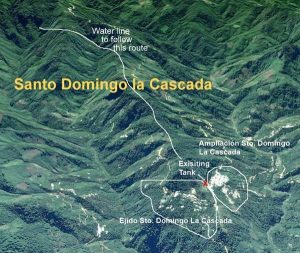 Community Description
Santo Domingo La Cascada is located in the Sierra Madre region of Chiapas, Mexico. The community is made up of two parts, the original settlement and an additional zone that is called the “ampliación”. The community consists of 243 households and 1,197 inhabitants. There is a primary school, a secondary school, and a clinic.

Problem Addressed
In October of 2005, Hurricane Stan ravaged Central America, leaving hundreds of communities in the Sierra Madre region of Chiapas, Mexico in ruins.  In Santo Domingo La Cascada and the adjacent neighborhood, the people watched helplessly as four days of intense flooding and landslides washed away over 7 km of galvanized steel pipe that had been their water system.

With no government support to replace the lost water line, the people have suffered the drudgery of having to carry all their water by bucket from a tiny creek a long distance from their community. It is a tedious and difficult task that has to be done repeatedly in the course of a day.  Frail elderly people whose grown children live elsewhere have to fetch their own water.  Schoolchildren must carry water daily to help their families.  They have done this now for over 10 years. 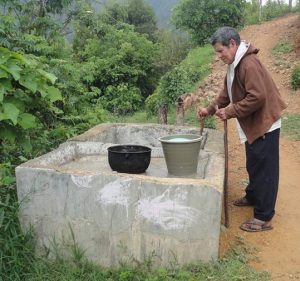 The elementary school accommodates many children but has no water. The community police must spend a couple of hours each day carrying water from far away just for the bathrooms that are in constant use by the students and staff.  Severe drought conditions since 2014 have aggravated the hardship since people cannot reliably collect rainwater. These conditions prevent families from producing gardens, which are important for food security.

Project Description
This project is to restore water to the community by replacing and upgrading 6.5 kilometers of a water line that was lost in the Hurricane Stan disaster. This straightforward project will replace the galvanized pipe with 2″ PVC hose that will be buried underground.  Under the technical direction of the Sexto Sol Center, the community has mapped out a better route for the hose along a ridge where it would not be affected by future flooding.  The hose is durable and when buried will provide decades of service.

Mercifully the original water tank located above the two communities was untouched by the disaster and remains in good condition.  The people in the two adjacent communities are well organized and administer their affairs at the Comisaria Ejidal, a community building where meetings are held.  The water committee is poised to direct the work teams as they lay down the new water line. 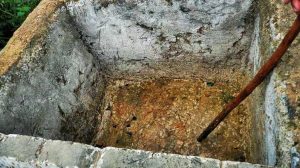 From the paved highway running from Las Cruces to Porvenir, the road turns off to the south at Mozotal.  There is 11 km of paved road.  At the end of the pavement, there is another 8 km of “good” unpaved road to the community.  The hose will be brought from the coast, up the escarpment and delivered to the point where the road turns off from the highway.  The community will then ferry the 65 rolls of hose by pickup truck to strategic points along the route where it will be laid down.

Project Impact
This project will benefit almost 2,000 people residing in and adjacent to the community of Santo Domingo de Cascada. 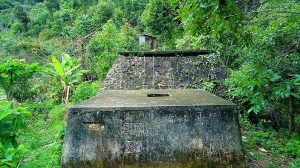 Monitoring and Maintenance
Technical direction, logistical help, monitoring, and maintenance will be provided by the Sexto Sol Center for Community Action. 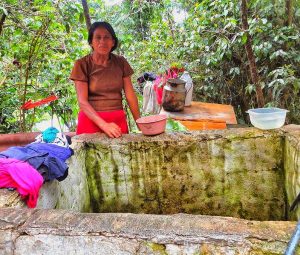 Comments
La Cascada region is known internationally for the exceptional coffee that the people in the communities produce on small plots on extremely steep mountain slopes.  They also grow corn for their own consumption.  In a good year, families that rely on coffee farming make little income from the commodity crop they raise.  In 2013, drought and other climatic conditions caused the proliferation of a pest that destroyed much of the coffee crop in the region, leaving families with debt but very little income.  Many must depend on the funds sent home by a grown child working as an undocumented worker in the United States.  For this reason, they have not been able to replace the water system lost over ten years ago.

This project is part of the Sierra Madre Water Program, a comprehensive effort to improve water access in the underserved and impoverished Sierra Madre de Chiapas region close to the border with Guatemala.  These projects are designed and implemented by Water Charity and a local NGO the Sexto Sol Center for community development. 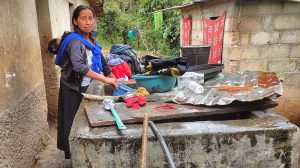 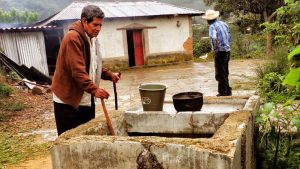 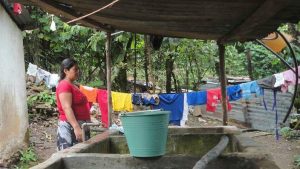 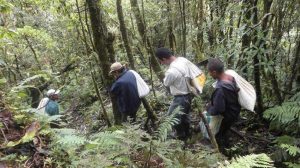 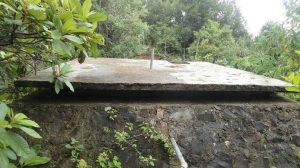