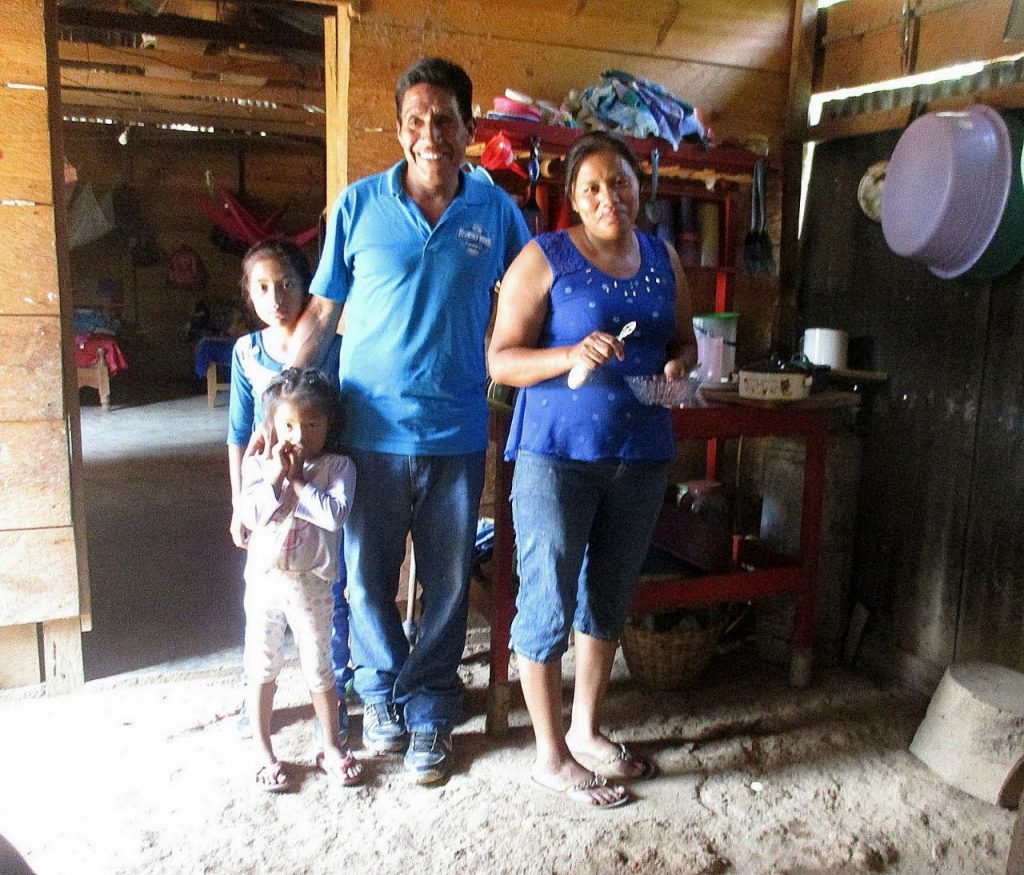 Community Description
Barrio Nuevo Eden is located in the coffee producing region known as La Cascada in the municipality of Siltepec, Chiapas, Mexico. It is home to 159 people whose simple wooden homes are built on a steep mountainside overlooking the river valley below. The community has a school that serves about 40 children, managed by 3 resident teachers and a director.

Raising coffee is the focus of life in Nuevo Eden. The earnings from the yearly sale of one’s crop have to sustain a family for an entire year. No matter how well they do in a given year with selling their coffee, poverty is the chronic condition of life.

A farmer’s income varies from year to year depending on factors beyond his control, like the weather and the commodity price worldwide. Climate change has impacted production as warming temperatures have allowed serious pests that were never a problem at that altitude to flourish, causing significant damage to coffee cherries in what once was a cool cloud forest before deforestation. Coffee farming is a gamble each year, but it is all that they have.

Now that the 2018 coffee harvest has just come to an end, people are taking stock of their earnings from the past year of work. There was good production, but the price was lower than other years. So, the expense of paying pickers meant the earnings were low despite a good harvest. 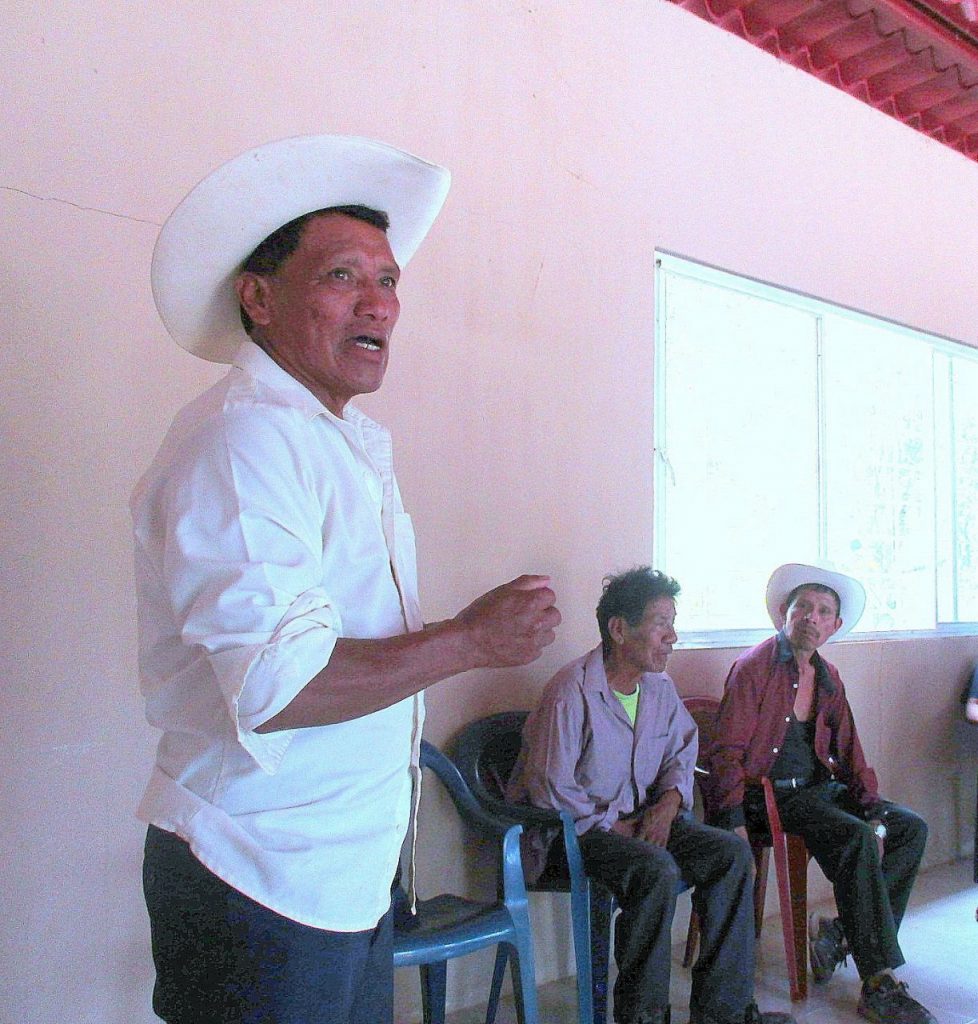 In general, the only possibility people see for improving their conditions is to risk finding work in the U.S. as undocumented laborers. Many households in Nuevo Eden are headed by women raising two generations of children while their husbands send them money earned working in agriculture or construction in the United States.

Problem Addressed
The people in Nuevo Eden lost their water source in 2005 when severe flooding during Hurricane Stan destroyed the original system. They have not been able to secure help from successive mayors and have survived as best they could for the many years since that disaster caused so much destruction in Chiapas. The population has grown in recent years so there are new homes now with young children.

At present, people survive by using ½ inch hoses to bring water from small springs. Neighbors help neighbors by sharing water until the heat of April dries these sources up, leaving everyone with very little water.

Project Description
This project is to build a water system to serve the needs of the people of Barrio Nuevo Eden. 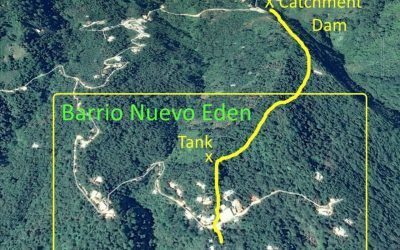 The project will make use of the good source of clean water upslope from the village. The plan is to build a dam at the source and lay down 2.5 kilometers of 2-inch hose. The water will be collected in a tank that will be built using the cement and rock construction that has been used in previous projects. Each household will connect their own hose to the distribution tank. The men will do the work under the direction of several masons who live in Nuevo Eden.

Project Impact
159 people will benefit from the project. 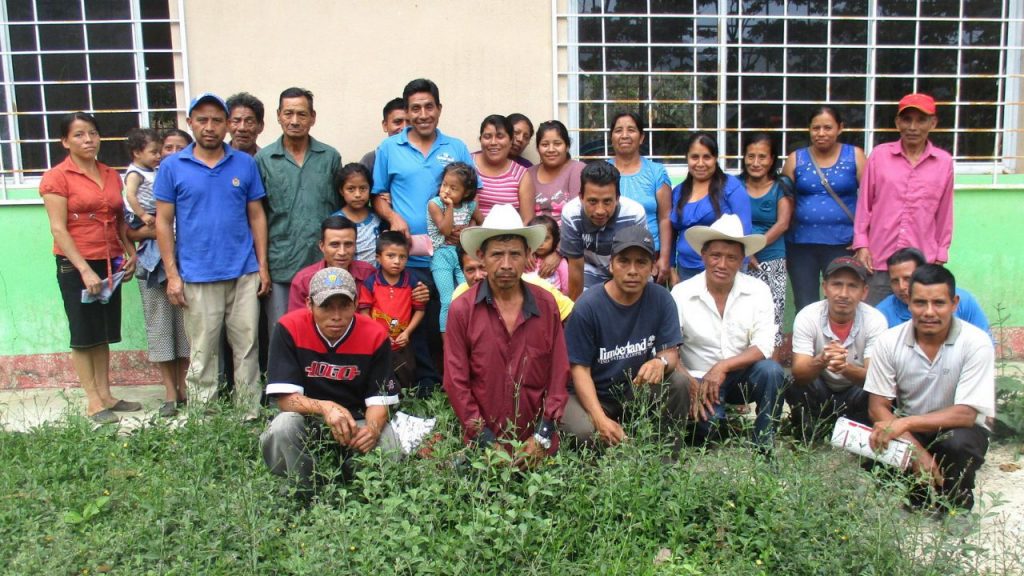 This project is the 16th water system project in the ongoing Sierra Madre Water Program, a comprehensive effort to improve water access in the underserved and impoverished Sierra Madre de Chiapas region of Mexico, spanning the border with Guatemala. The program has already brought water to more than 8,000 people.

Monitoring and Maintenance
The community bought exclusive rights to use the creek and have certified documentation of ownership. They have a Parent’s organization for school matters that they have decided will oversee the work to establish the new water system and to insure proper maintenance of it over time.

Comments
The project will provide water to the 40 households in the community, the community meeting house and the school. Having running water in their homes will make daily life significantly easier, and, it will give them the water they need to properly wash their coffee, an important step if they are to ever find a way to market their coffee to buyers who would pay a better price.

Project Funding
This project has been fully funded through the generosity of the G3 Foundation, of Costa Mesa, CA, USA. 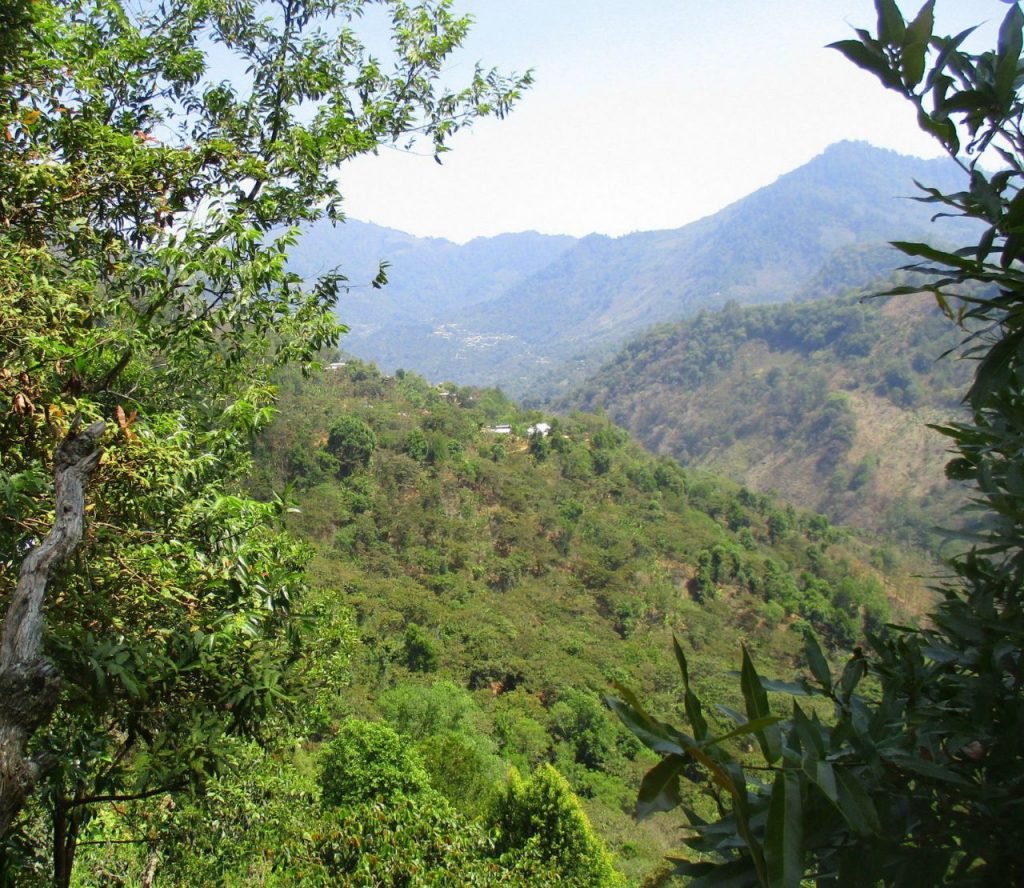 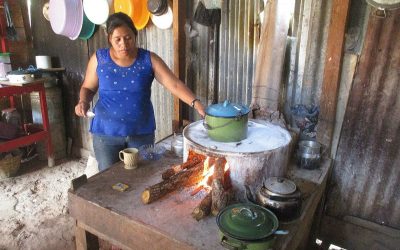 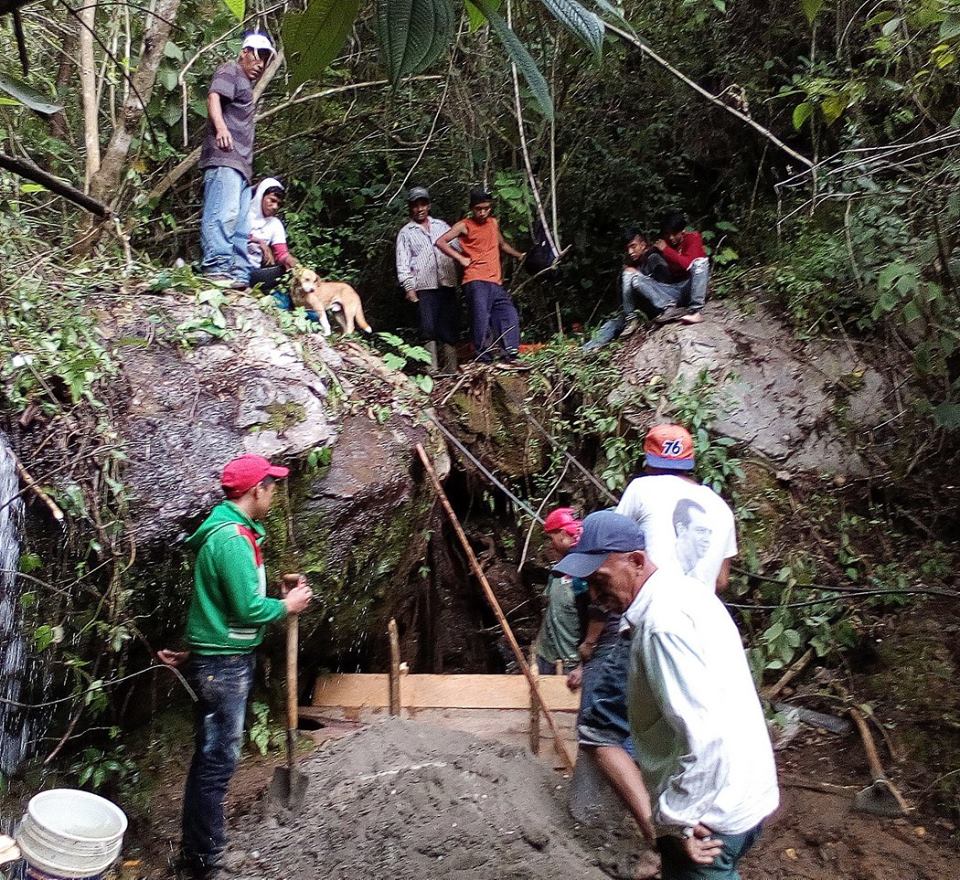 This project has been completed under the direction of Tamara Brennan, Ph.D. of The Sexto Sol Center for Community Action,. To read about the start of the project, CLICK HERE.

The project was designed to build a water system to serve the needs of the people of the community.

We have succeeded in bringing water to the people in Barrio Nuevo Eden after overcoming an unexpected delay. The community had purchased the rights to a creek from a family up the slope last year. By the time we began the project, they discovered that the previous owner had been cutting down the trees above the arroyo which caused the creek to dry up. Fortunately, the man returned the community’s investment to them, allowing them to purchase the rights to another water source not too far away from the original one. It is a reliable source of clean water. 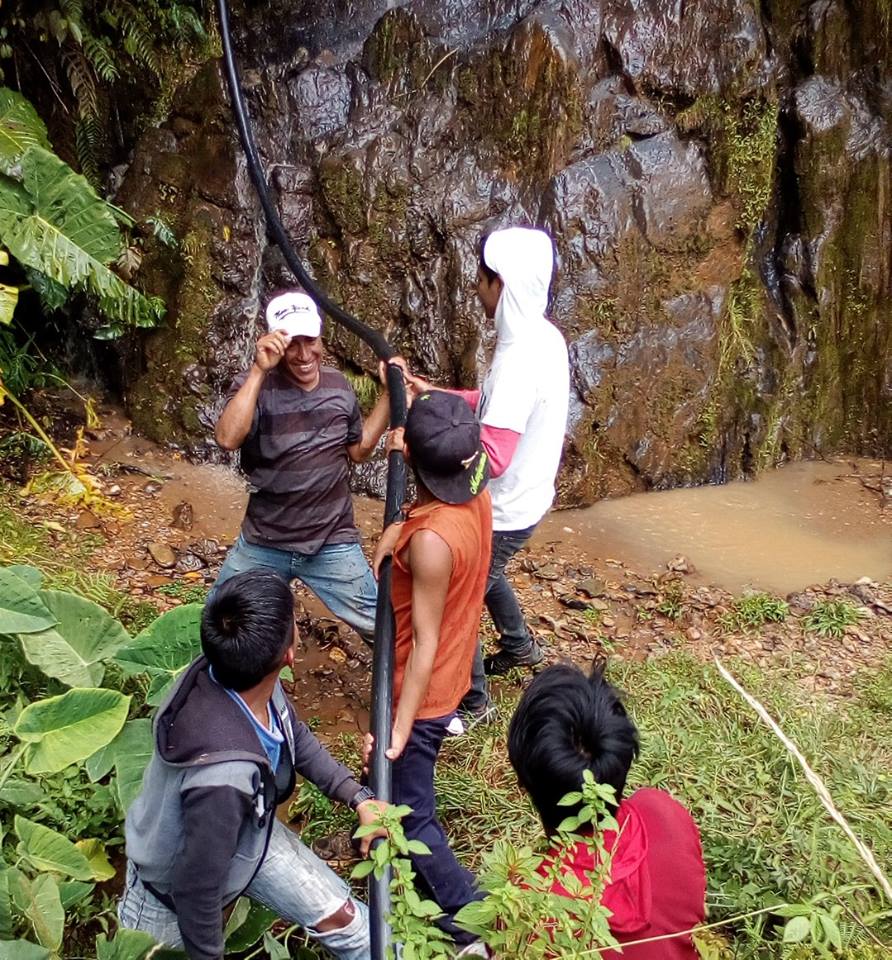 Once that crucial matter was settled, the work began with building the holding tank. It was very steep terrain and required the men to get the material to the site using a horse. They built a large, strong structure that is expected to withstand storms and earthquakes. We provided them with a custom built water filter that fits into the tank to filter out leaves and sand so that the water line will not clog which should cut down significantly on maintenance.

Teams of men and youths worked for several weeks to lay down the two inch hose. Each section was secured with the metal clasps provided. The steep terrain is favorable for their gravity fed system so the water reaches all the homes. This project now provides water for household use and also will allow the families to process their coffee crop properly when the dry season is in full swing at harvest time. They are already looking forward to the possibility of entering into a direct exporting relationship with potential buyers in the United States. For all of these improvements to their lives that they now enjoy, the people of Barrio Nuevo Eden send their most sincere thanks to all who have made this project possible.

With the completion of this, the sixth project in this valley, this collaboration between Water Charity and Sexto Sol Center has made a significant impact on the quality of life for poor coffee growers deep in this part of the Sierra Madre.