This project has been completed under the direction of Tamara Brennan, Ph.D. of The Sexto Sol Center for Community Action, an award-winning non-profit that has had a permanent presence in the region since 1997. 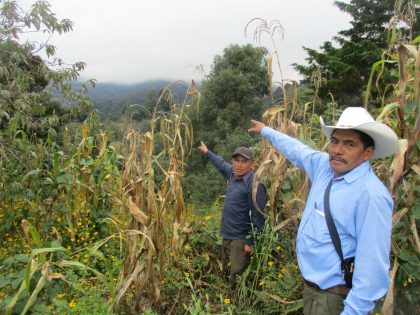 This project was the 19th water system project in the ongoing Sierra Madre Water Program, a comprehensive effort to improve water access in the underserved and impoverished Sierra Madre de Chiapas region of Mexico, spanning the border with Guatemala. The program has already brought water to more than 8,000 people.

The project was designed to build a water system for Barrio Las Cruces, located near the small municipal town of La Grandeza.

The Las Cruces Water Project in La Grandeza is the first project in the Sierra Madre Water Program in which we enjoyed the collaboration of the local government. That turned out to be an important help when unexpected obstacles arose. 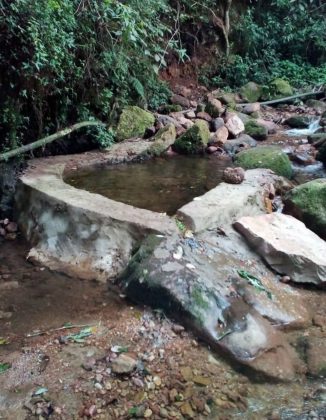 The project was moving ahead quickly thanks to the help of a local engineer who collaborated with us and to the mayor of La Grandeza. Then a dip in the value of the dollar reduced the resources we had to work in order to purchase all the materials needed. The local mayor stepped in and provided support from the city to fill the gap.

La Grandeza is 4 hours in a passenger car from Motozintla where our office is located. So, it was a feat to get the 35 huge rolls of hose moved through the Sierra mountain range from Motozintla, an 8 hour trip by 3-ton truck. As previously agreed, the mayor of La Grandeza provided the heavy-duty truck and driver needed to transport the materials. Once the hose, cement, and rebar was delivered, the men got to work right away.

The work to build the two water tanks was completed quickly. The distribution tank was built under the guidance of a professional mason. Once this was done, all that remained to do was to lay down 3.5 kilometers of heavy-duty hose on a gradual slope with no challenging topography. It seemed straightforward work that we expected to be done in a week. Indeed, the work was finished quickly with all the men in the community working together to bury the hose that followed a path alongside the road. 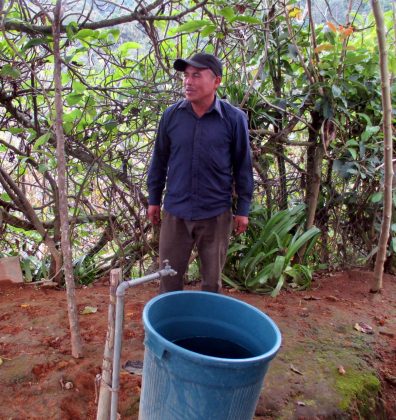 On the day they were going to ceremoniously connect the water into the tanks, firecrackers ready, unexpectedly, sections of the hose started to explode! One after another. It took days to find all the leaks. We could not understand how this simple gravity-fed system could possibly cause enough pressure to damage the hose. There were already 18 systems of this hose that we’ve installed working just fine all over the Sierra.

The bad hose had to be dug up and transported back to Motozintla where our supplier had the factory representative check it for defects. Sure enough, nearly a kilometer of hose was defective. This had never happened before. Fortunately, we have a 10-year guarantee from the local supplier so the hose was replaced.

In March, the people were able to finally get the water hose in place. That’s when the fireworks went off as the water started flowing for the first time. It took extra effort but now that there is water on demand for their families.

We are grateful to Water Charity, the National Peace Corps Association and especially to Michael and Carla Boyle for making it possible for us to build this water system in La Grandeza. It has made life so much easier for farmers and shepherds in the heart of the Sierra Madre region. The people in Las Cruces La Grandeza send their sincere thanks.

We, turn to extend our thanks to Tamara for completing this important project and to the Boyles for their continued support.