This project has been completed under the direction of Tamara Brennan, of Sexto Sol. To read about the conclusion, CLICK HERE. 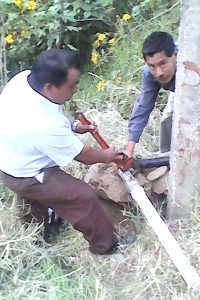 The residents of Miguel Aleman had endured the hardship of not having reliable access to water since 2005 when Hurricane Stan destroyed major sections of their water pipe. Unable to obtain help from the municipality, they had not known how to repair the broken connections and mend places where the pipe had carried away by the floodwaters.

With technical supervision offered by Francisco Barrios of Sexto Sol, cost-effective repairs were made that avoided using a costly galvanized steel pipe to replace the parts that had been lost in the flood. Instead, repairs were fashioned repairs that used more flexible and less costly 2″ hose. This is more durable and will make it possible for the community to maintain it themselves without requiring special machined parts.

One woman in the community who did not know that the work was underway was surprised and overjoyed when the water began to flow to her home. She ran to where the men were working to inquire how this miracle was possible. She had been collecting rainwater for all domestic uses, as had other families.

Now the people can relax as the dry season nears, knowing that the problems caused by the disaster have finally been remediated. The community has a “comité de agua potable”, the water committee which oversees the distribution of water to all homes. Men are required to participate in maintenance of the system for the benefit of all. The chairman of the water committee for Miguel Aleman offers their sincere thanks for the assistance the community received to repair their water system.

We are grateful to Tamara and Francisco for completing yet another great project. 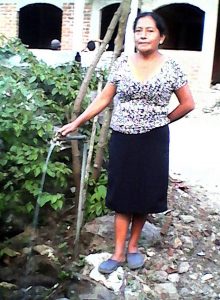 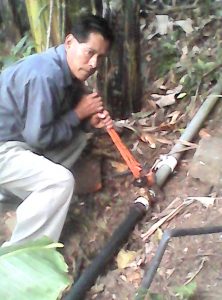 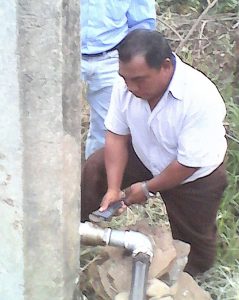 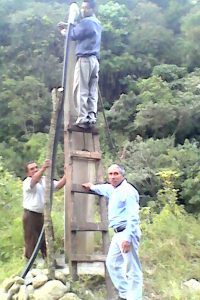