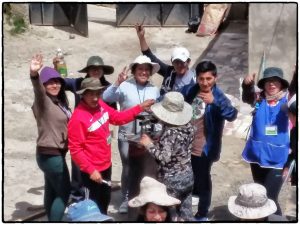 The ex-urban areas surrounding La Paz, Bolivia are growing extremely rapidly. Some estimates are that the population in these areas now outstrips that of La Paz proper. Few municipal services are being extended beyond the city’s borders, and there are few plans to develop them. Most of the inhabitants of these areas are poor, with roughly two-thirds unemployed.

The strain on water resources in these areas is great. To make way for habitations, much of the tree/vegetarian cover has been destroyed, leaving the area prone to floods and increased drought. Climate changes have exacerbated the situation, and waterborne illnesses not seen in years are re-emerging. In one area surveyed for this project, four waterborne illness deaths were reported in the past three months, where none had occurred for many years. 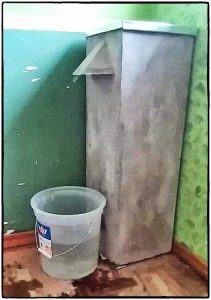 The Friends International Bilingual Center (FIBC) contacted Friendly Water for the World in March 2018. Participants in their ongoing programming reported the increasing difficulties their communities are having with waterborne illnesses. A two-hour online webinar was arranged with the Center in early May to introduce the work of Friendly Water to gauge interest. The response was enthusiastic. They began using Friendly Water’s epidemiological questionnaire, which confirmed what they had been reporting anecdotally.

The plan is to train 30 participants in BioSand Filter fabrication, distribution, installation, and maintenance, as well as teaching others about community sanitation and hygiene. The group will then be split into two: one focusing on BioSand Filter production, the other focused on education and marketing in the community. While operating under the umbrella of FIBC), the group will have its own operations and treasurer, and will be financially independent from FIBC.

The training will be conducted by Friendly Water’s Technical Advisor Wayne Medrud and Palabra Whitby, who has experience training groups in Mexico, and who has been living in Mexico. A welder has been located to produce the necessary steel molds.

This is a pilot project. We expect that once the project takes off, there will be demand initially for more steel molds, and ultimately for more groups to be trained.

The project aims at tackling the twin problems of lack of clean water and unemployment. Initially, the project will serve the 30 families represented among those trained, and at least 100 other families receiving Filters in the first six months, for a total of roughly 2,000 people. It is realistic that each group will fabricate and sell a minimum of 250 Filters each in the first year alone. 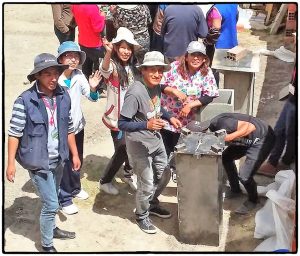 In the future, the sale of Filters may also translate into the building of rainwater catchment systems (not part of this project but a follow-up one). Consciousness about clean water, and the requirements of community sanitation and hygiene will be enhanced.

The project is being directed by Friendly Water Technical Advisor Wayne Medrud. Wayne has experience setting up projects in Uganda, Burundi, India, Liberia, and Mexico. He will be providing weekly check-ins with members of the program upon completion.

The group will have several trained monitors, who will go into homes to ensure BioSand Filters are installed properly and are being used correctly. Reports from the group will be due in 90 days, at which time business plans will be adjusted as necessary. All 30 members of the group have already taken the epidemiological survey, hence providing “before” data. 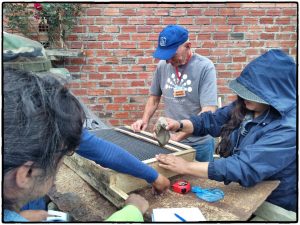 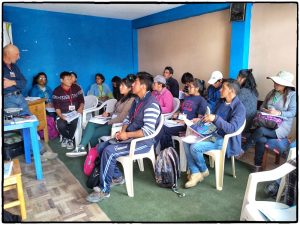 Initial funding for this project is being provided by the Paul Bechtner Foundation.  Please click this Donate button to help us with this great project.