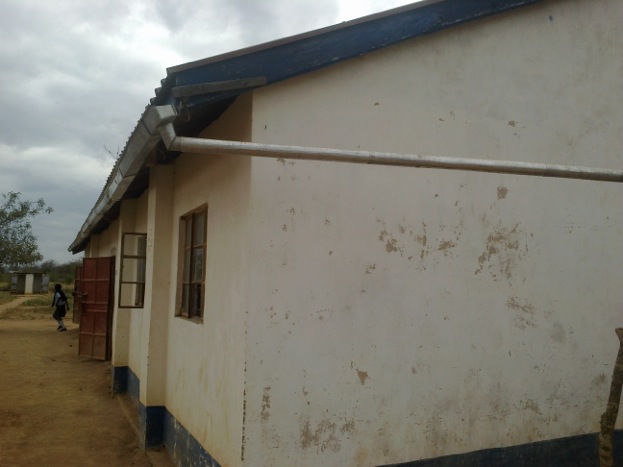 This project has been completed under the direction of Peace Corps Volunteer Peter Hess. To read about the beginning of the project, CLICK HERE.

The project was to complete the rainwater harvesting system by installing gutters and piping to capture the water from the classrooms.

Project Description
The second phase of the Rainwater Catchment System at Kyanguli Secondary School was the installation and fitting of the rain gutters and piping to the tank, which was purchased in Phase 1.

Materials Procurement and Labor
The funds from Appropriate Projects were used to purchase approximately 150 feet of rain gutters, the downspouts and tank fittings, and transportation of the materials to the school.

The cost of installation, as well as the support posts, nails and fittings were all provided by the school. 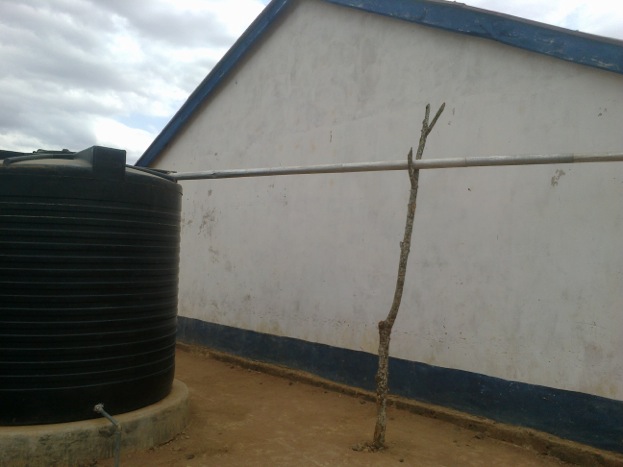 Project Work
Rain gutters were attached to both the front and back sides of one classroom block, containing the Form 3 and Form 4 (Juniors and Seniors in High School). The gutters were then attached to the 5,000 L water tank, using downspouts and metal piping. The metal downspouts were supported with wooden posts, which were treated to prevent damage from termites. Fitting the gutters on both sides of the block consumed approximately 110 feet of gutters.

The remaining 40 feet were fitted to the front of the other block, containing the Form 1 and 2 classrooms (Freshmen and Sophomore’s respectively). Adjacent to this block is also the unfinished laboratory, meaning that complete gutters cannot be fitted to this block until the construction of the lab is complete.

All gutters were joined using a plumber’s putty, to ensure a water-tight seal.

Effectiveness
During both the short and long rain seasons, the 5,000 L water tank can be filled in as little as 1 to 2 days, due to the heavy downpours that frequent the area. The short rains occur during December to early January, with the long rains occurring throughout March, April and sometimes May.

The Kenyan school system has been plagued with problems since September of 2012, with a nearly month long teachers strike, causing an extension of the school term. At many schools, the additional costs of extending the school term, even if by one to two weeks, can be immense, due to the costs of purchasing additional food, paying teachers, and extra water consumption.

Our water reserves allowed us to grow leafy vegetables, which have been used to lower the cost of school lunches, and were something not previously possible due to severe water shortage.

Furthermore, the typical water bill for the piped water at the school is approximately $60 per month, which is nearly the salary for two non-government payroll teachers. Wildlife in the area, predominately elephants, are notorious for destroying the water pipes, resulting in widespread water shortages in the entire region.

The water shortage problems were compounded with political unrest and uncertainty with the upcoming elections. Due to widespread chaos and violence following the 2007 polls, currently elected officials have halted most community-based initiatives, adding a large uncertainty to when the water pipes will be repaired. Rather than fix the issues, the majority of politicians are using the lack of food and water in this region as campaign promises, rather than addressing the issues up front.

The lack of water has decimated the road system here, making it even more difficult to transport water, which has increased the cost approximately 25 to 50 times its original cost. At these costs, the school would be unable to operate for a week without excess water reserves.

Thanks to the funding from Water Charity, the school has been able to continue operation, while maintaining a significantly more reliable water source. Additionally, the cost burden on the school has drastically decreased, as water no longer has to be purchased during the rainy seasons, and water can be more safely stored during times when the piped water is operational.

Conclusion
On behalf of the students, parents and faculty at Kyanguli Secondary School, we thank you for your support in these projects. With the help of Appropriate Projects, the school is able to operate on more stable financial footing, and is able to provide water year-round regardless of the climatic or political problems.

The conclusion of the Kyanguli Rainwater Catchment System has also allowed for the installation of a greenhouse, which will allow the school to grow crops, which can provide a more balanced diet at a reduced cost, while also generating a large amount of money for the school to ease the financial burden. None of this would be possible without water, so thank you.

We are grateful to Peter for completing this excellent project. 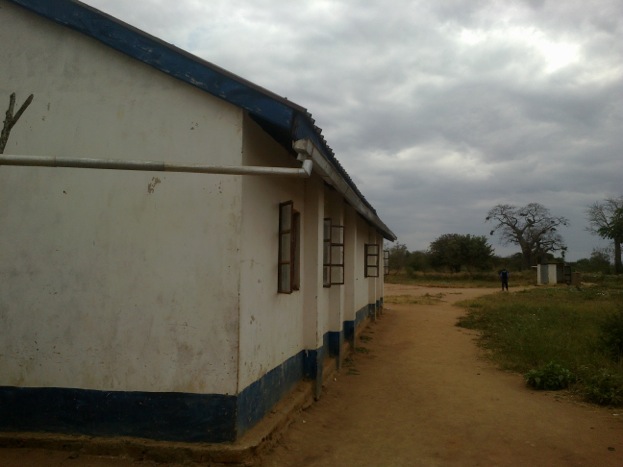 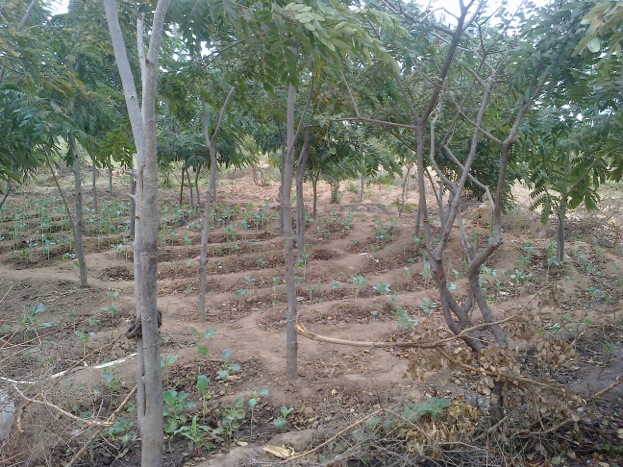 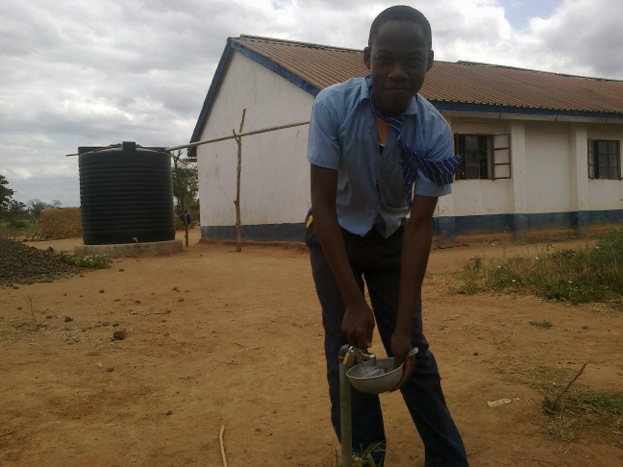 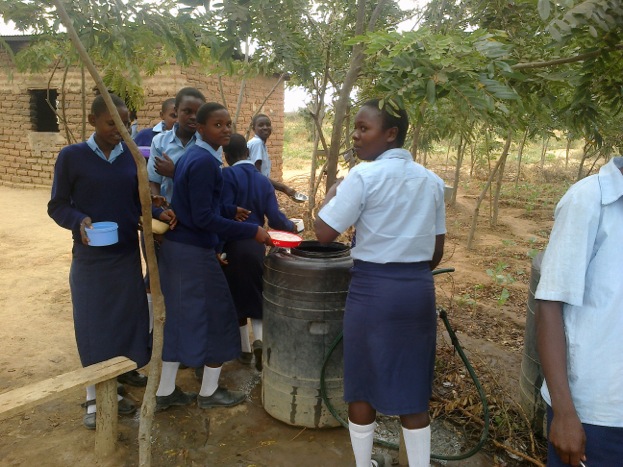 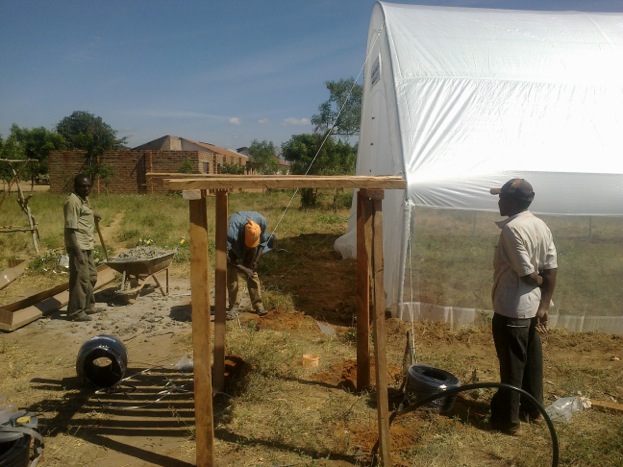 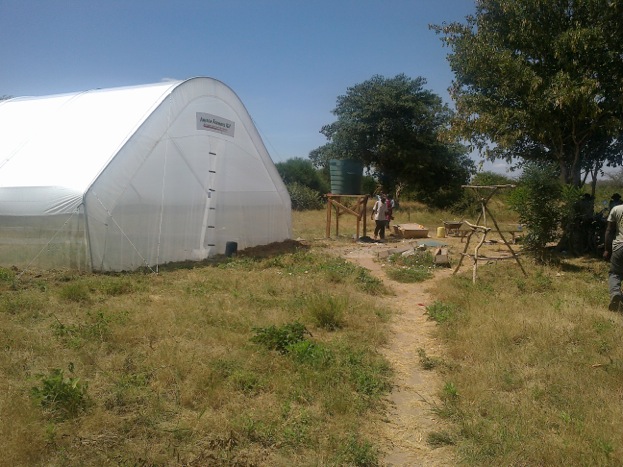 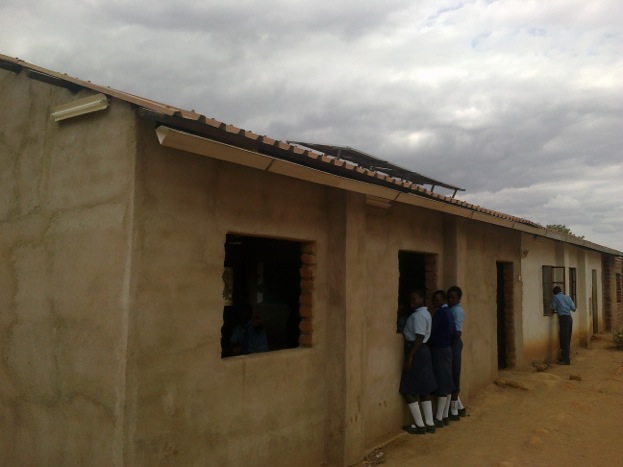