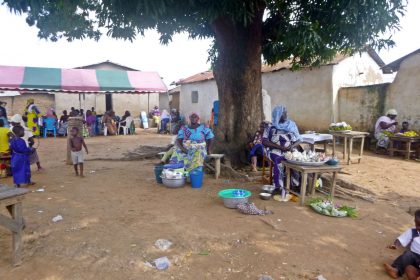 Community Description
KriKri is in the same general location as the Affem Kabyé health clinic, to the north of the town of Tchamba and near the Benin border. The population of KriKri is around 4,000 inhabitants, mostly cultivators farming the common regional crops of maize, soy, beans, manioc and yams. A small cashew nut cash crop cultivation exists as an agroforestry crop within household plots. Processing plants are accessible as the region of Tchamba, in general, is a major exporter of cashew nut.

The majority of the population are of the Tchamba (or Tem) ethnic group, with Molla and sedentary Fulani. While animism was the dominant religion at the time of settlement, today most inhabitants are Muslim.

Water scarcity is widespread. While there is a municipal water tower in KriKri, the distribution is inadequate to supply the needs of the entire village. Other community wells exist. However, most of those dry up during the dry season. Several international and national NGOs have worked and continue to work in KriKri in areas of family planning, trafficking awareness and prevention, and youth development.

The health clinic in KriKri serves a larger population of 6,200 including outlying villages. The clinic was built in 1988 initially by the community and later, in 2013, a larger maternity clinic was built with the assistance of a Togolese NGO with international funds. The clinic is powered by electricity and has indoor plumbing fixtures. The clinic commonly treats cases of malaria, gastro-intestinal ailments (particularly in children), and dermatological problems by those inhabitants living next to the region’s rivers. Clinic births average seventeen a month. The initial water source at the clinic was a shallow, open 8-meter well, later in 1983 the well was covered, and a metal water tower, polyethylene tank, and hand pump installed.

Problem Addressed
The water source at the clinic ceased being potable shortly after the clinic was first built due to lateral contamination of the well water from nearby open sources, and infiltration of pesticide and fertilizers from area fields. The clinic well, as in most of the region, runs dry from February to the start of the rainy season in May or June. While the well water continued to be used (until 2012 when the old metal pipes began rusting) for cleaning, potable water was and continues to be brought to the clinic from village wells, and typically by the patients themselves. The lack of water at the clinic is particularly onerous for women giving birth. The relatives of patients are required to haul water during and post-birth for cleaning of the maternity room, utensils, and birthing cloth. Potable water for staff and patients is brought to the clinic from a closed well 3 km away in plastic containers and treated with bleach. The water used for cleaning surfaces post-treatment is typically not treated with bleach. The filtering of sediment is not done. 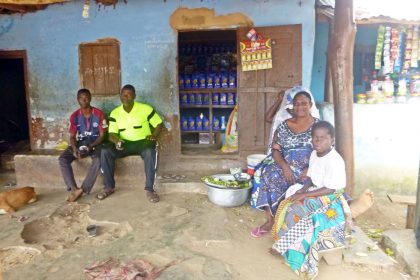 Project Impact
Number of people affected by the project: 6,200 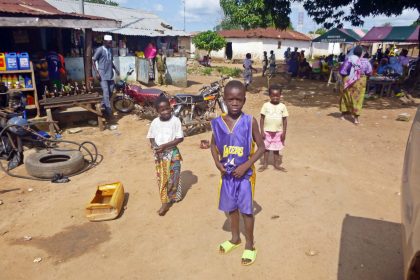 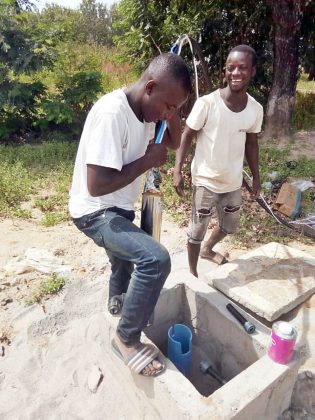 he purpose of the borehole water system project at the KriKri health clinic was to address a lack of both potable and year-round water, either the absence of or nonfunctioning indoor plumbing and the lack of hygienic disposal of afterbirth blood and tissue.

The KriKri Clinic borehole was drilled to a depth of 55 meters and yields 2,200 liters/hour. Following borehole drilling, a “pump test” was run to determine the well’s productivity and in turn the hydraulic properties of the aquifer. The pump was run for several hours at a rate like actual use conditions and the declining water table (drawdown) was measured at regular intervals. Simply put, the hydraulic conditions of the well are favorable to insure a sustainable water supply for many years to come (assuming the system is well maintained). 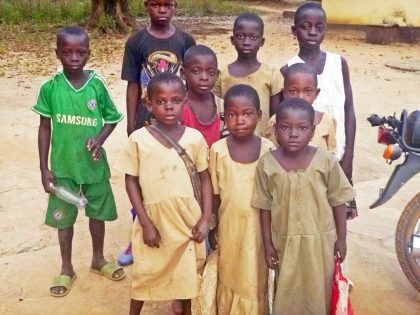 The KriKri clinic serves a population of approximately 6,200 people, including the neighboring villages, who will directly benefit from a more hygienic health clinic. While clearly not all 4,000 inhabitants living in KriKri will be accessing the well water for personal consumption, the community development liaison estimated perhaps as many as 1,500 inhabitants may utilize the well.

The clinic anticipates seeing a rise in births as there is now running water and female relatives are no longer obliged to fetch water for the patient, in addition to an overall improvement in hygiene. The clinic staff will use access to potable water to encourage better overall hygiene, as most of the disease-causing bacteria in the community water sources are due to fecal transmission by both animals and humans. The clinic staff will be better protected against blood-borne diseases as afterbirth material (blood and tissue) will be disposed of in a rapid and efficient manner, significantly reducing exposure.