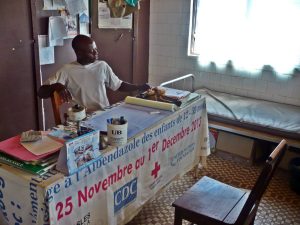 Community Description
Too many mothers and children die needlessly in Togo. 368 mothers die for every 100,000 live births and roughly 1 in 10 children born in Togo will die before their 5th birthday: an astounding 15 times the child mortality rate of developed countries. The majority of these deaths are caused by easily preventable conditions that could be treated at very low costs. Furthermore, the majority of these deaths happen in the neglected, northern region of Togo, in villages like Kpindi.

East of Kara, Kpindi can be accessed by a narrow, dirt road in poor condition. Due to its proximity to the Benin border, the village has a transient community of farmers and sellers from Benin and other communities in the region.

The vast majority of the 5,830 inhabitants are subsistence farmers belonging to the Kabiyè ethnic group. Due to a myriad of factors, the population of Kpindi rarely frequented the health center prior to Hope Through Health’s support. In July 2015, the Kpindi health center reported a 39% coverage rate and less than 10 facility-based deliveries per month. 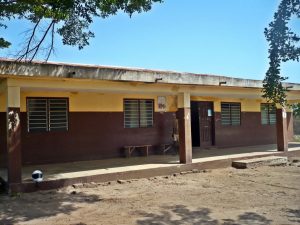 Problem Addressed
Hope Through Health works to overcome barriers to good health by eliminating user fees for patients, deploying Community Health Workers, mentoring nurses and midwives in public clinics, and improving supply chains in nine communities across northern Togo, including Kpindi. They have been able to make excellent strides toward reducing mortality and morbidity in Kpindi, but the state of the health center remains a limiting factor.

The Kpindi Health Center is in need of extensive repairs and renovations, including improved water source and plumbing. The center provides lifesaving care to a population of 5,830, all without running water or electricity. The Kpindi clinic staff members are currently using a community water pump (hand pump) and water is being carried from this source.

Without proper plumbing and electric systems, the Kpindi Health Center is ill-equipped to provide high-quality healthcare services to meet the needs of the surrounding communities.

Project Description
Hope Through Health, in partnership with Construction for Change and the 30/30 Project, will renovate the Kpindi Health Center in the village of Kpindi so that the quality of the building matches the excellent services being delivered inside its walls. Fixing the water supply will be a major aspect of this renovation. 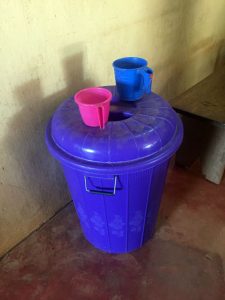 HTH and partners will build the Kpindi Health Center its own water source on the property. This will include a 7m tall concrete water tower, a 3 m3 water storage poly tank, a borehole and a 2 KVA hydraulic pump.

Project Managers from Construction for Change who are based in Togo will oversee this project. They have already performed site assessments and have a detailed outline of how to accomplish each of these tasks. They will hire a Togolese construction company to complete the work.

Funds from Water Charity will go specifically to labor and materials costs associated with improving the water source at the Kpindi Health Center.

Project Impact
5,830 people will benefit from the project.

Monitoring and Maintenance
Construction for Change Program Managers will be overseeing the project’s progress until completion. Upon completion of the project, HTH will monitor the functioning of the clinic and assure that all technology is running smoothly. HTH’s Clinical Mentor will visit the Kpindi Health Center two times a month for ongoing coaching; during these visits, he will be able to take note of any issues.

In addition, HTH will collect, on a monthly basis, service indicators from the Kpindi Health Center, including the number of children under five treated, number of facility-based deliveries, and number of women who adopt family planning methods. Monitoring these indicators will also help HTH see how the renovation project is contributing to the health of the community.

Renovating the Kpindi Health Center is a sustainable project because it is a top-off investment to what the Ministry of Health (MOH) is already investing in the Kpindi health center. The MOH pays the salaries of staff for the clinic as well as other ongoing costs such as utilities.

With the renovated clinic, HTH expects coverage rates to increase, meaning that the MOH is able to reach more patients with their current investment. Instead of building their own brick and mortar, HTH believes in strengthening the existing health centers with the ultimate goal of government adoption, making their impact sustainable over the long term.

Funding
This project has been paid for by an anonymous donor. Please Donate for our next project in Togo. 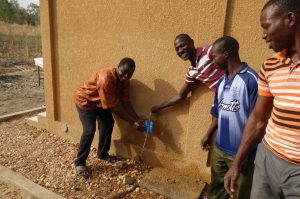 This project has been completed under the direction of Returned Peace Corps Volunteer and Executive Director of Hope Through Health Jennifer Schechter. To read about the start of the project, CLICK HERE.

The project was designed to build a water source, on the property of Kpindi Health Center, to include a 7m tall concrete water tower, a 3 m3 water storage poly tank, a borehole and a 2 KVA hydraulic pump.

Scope of the project
The goal of the Kpindi Clinic Renovation project was to improve the public health center in the underserved village of Kpindi in northern Togo so that it could meet the needs of the community and ensure high-quality healthcare for all. This renovation project was designed to complement and support Hope Through Health’s work to make high-quality healthcare accessible to this community, by integrating Community Health Workers with improved public clinics.

In order to achieve the overall goal of ensuring the quality of the building matches the excellent services being delivered inside its walls, the primary objectives were to establish improved water and electricity sources in the clinic. Work included a borehole, concrete tower, solar pump, and bathroom improvements. 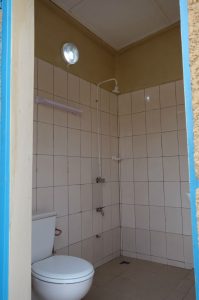 Process
The first step of the renovation project was to conduct a site assessment in January 2016 to determine the most needed improvements and outline how best to address these priority issues. Hope Through Health (HTH) partnered with Construction For Change (CFC) on the Sarakawa, Kpindi, and Djamde Clinic Renovation projects. CFC project managers arrived on site in August 2017. HTH program team members and CFC project managers worked together to create a prioritized list of improvements based on their anticipated impact and cost. The provision of improved water and electricity sources were at the top of the list in Kpindi. 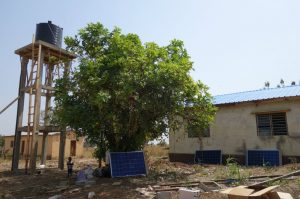 To install the new solar panel system, the CFC project managers worked closely with HTH and the Kpindi clinic staff to determine what the expected electrical load would be, including any large equipment needs. CFC project managers then hired a solar contractor to source solar system parts in-country. The only item that was ordered from abroad was the electrical water pump (sourced from the US), and all parts were delivered to the site on time, preventing delays.

After the completion of the renovation project in December 2017, CFC project managers toured the Kpindi site with the Kozah District Health Director, who was delighted to see the improvements. He called on the clinic staff to respect their workplace by cleaning as necessary and welcoming new patients warmly. The HTH Clinical Mentor continues to visit Kpindi two or three times every month to provide guidance, monitor for quality, and ensure that the clinic is in good condition.

End result
By December 2017, all project objectives had been met. Most notably, a solar-powered electrical system was installed, providing reliable electricity to the clinic and latrines. Secondly, a new seven-meter water tower with water storage polytank and solar-powered pump and plumbing were installed. In addition to these primary objectives, all other goals were met: 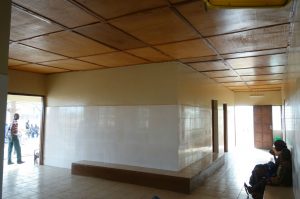 Community Involvement
The Kpindi Clinic Renovation project was designed with local capacity-building in mind. The local construction team selected was chosen largely for its expertise in installing wells. Because they are based in the region, they will be available to repair the wells if needed and can teach members of the community about maintenance and repair of the wells. As many skills as the construction team brought to the project, they were also eager to learn about construction best practices from the CFC project managers. In particular, the CFC project managers shared techniques for designing the roof and water management systems to prevent leaking, cracking, and earth erosion around the building.

When asked to comment on the renovations of the clinic, HTH Community Health Workers, members of the communities themselves, were astonished and overjoyed. “Patients love the new toilets and showers,” one CHW says. “Especially after giving birth, it’s nice for the women to get to take a shower.” “The clinic is very clean now,” says another, “so patients feel better and recover faster because it is a nice place to be.” Finally, a third says, “The electricity in the clinic is really good. It helps the patients be comfortable, especially if they have to stay there for a while.”

Conclusion
HTH is incredibly grateful for the partnership of Water Charity in our efforts to ensure high-quality healthcare for all, starting in northern Togo. Thanks to your support, the Kpindi Clinic has been transformed into a clean and safe space where the community can receive care with dignity.

We extend our thanks to Jennifer for completing this important project.