This project has been completed under the direction of Peace Corps Volunteer Rachel Boswell.

The project was to build four latrines at the school.

The Kisese-Dissa Primary School latrines have been completed!

With the help of Water Charity, a structure with four pit latrines was constructed on the grounds of the Kisese-Dissa primary school.

Work during the second week included the building up of walls, plastering and the beginnings of door construction.

In the third week the walls were completed, door fabrication continued and framing for the roof began.

The fourth and final week saw the completion of the corrugated metal roof, the doors, painting and other finishing touches.

There were some delays due to the constraints of Ramadan and harvest, but everything has been completed according to plan, with no major problems during construction.

The finished latrines now service close to a thousand students, teachers and visitors to the school.

The community is so happy with the result that they decided to raise more money to build a second set of latrines and have already started construction. Once completed, boys and girls will have separate and safe facilities as opposed to the dangerous impromptu reed wells from before.

The village of Kisese-Dissa is endlessly thankful for the financial assistance and good works that Water Charity provides.

We are grateful to Rachel for completing this project. 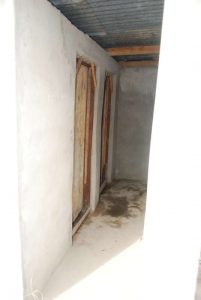 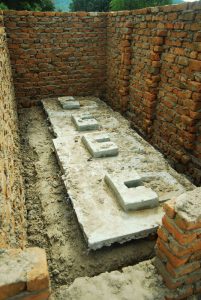