, and falls under our East Africa Water & Sanitation Program. 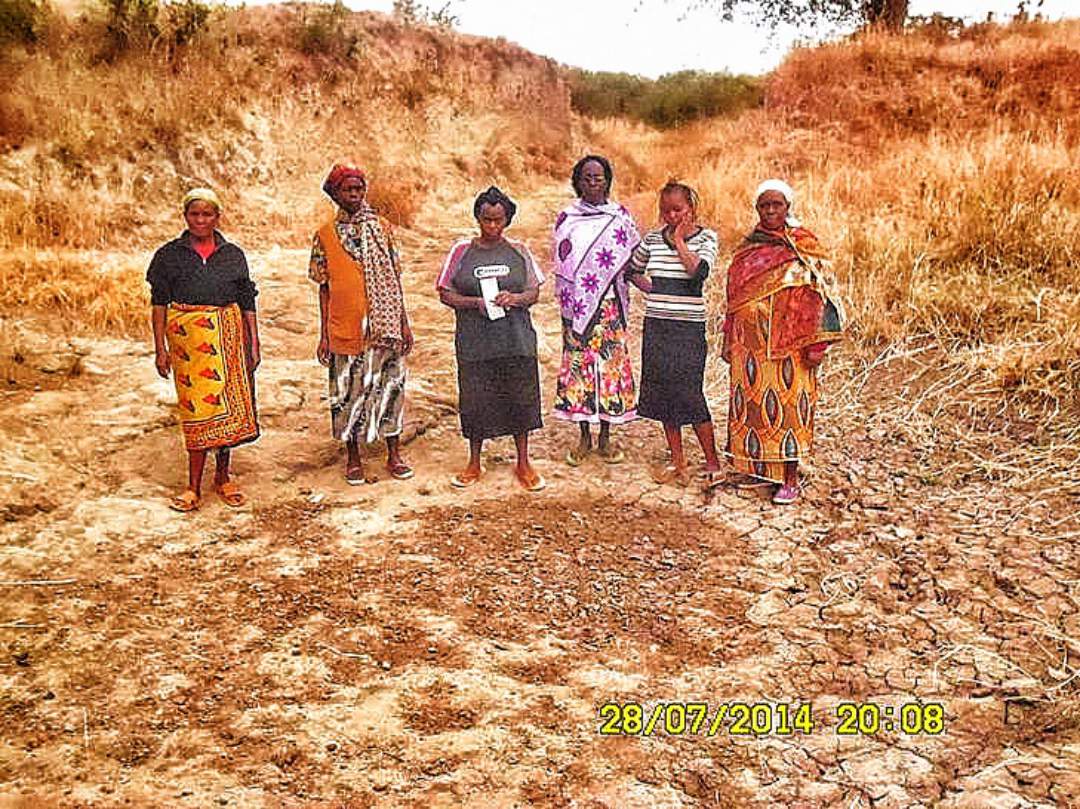 Community Description
Kiritiri, Kenya is a market community of several thousand located in Eastern Province. Recently, it was made a regional headquarters and the population has grown drastically. The area is south of Mount Kenya, far enough from the effects of the Mountain to get any benefit from the increased rain there. Kiritiri is located on the paved road leading to Kamburu dam, one of the largest hydroelectric dams in the country. Despite that, one in three planting seasons produce enough for excess to sell for income. Water is by far the community’s largest concern. Other issues within the community are lack of income and poor housing.

Problem Addressed
When RPCV Jennifer Mueller lived in the community from 1997-1999, there were four water boreholes as well as some shallow hand-dug pits where water collected. Since then, however, 3 of the 4 boreholes have stopped working due to the water table lowering and since a recent political division, Kiritiri is now a district headquarters causing the population to grow considerably. Fifteen years ago, water could be purchased for 5 shillings a 20-liter jerry can, (a fee used to keep the boreholes maintained); the cost has increased to 20 shillings a liter in the dry season (accounting for supply and demand). The one borehole remaining just doesn’t have the capacity for the population growth. 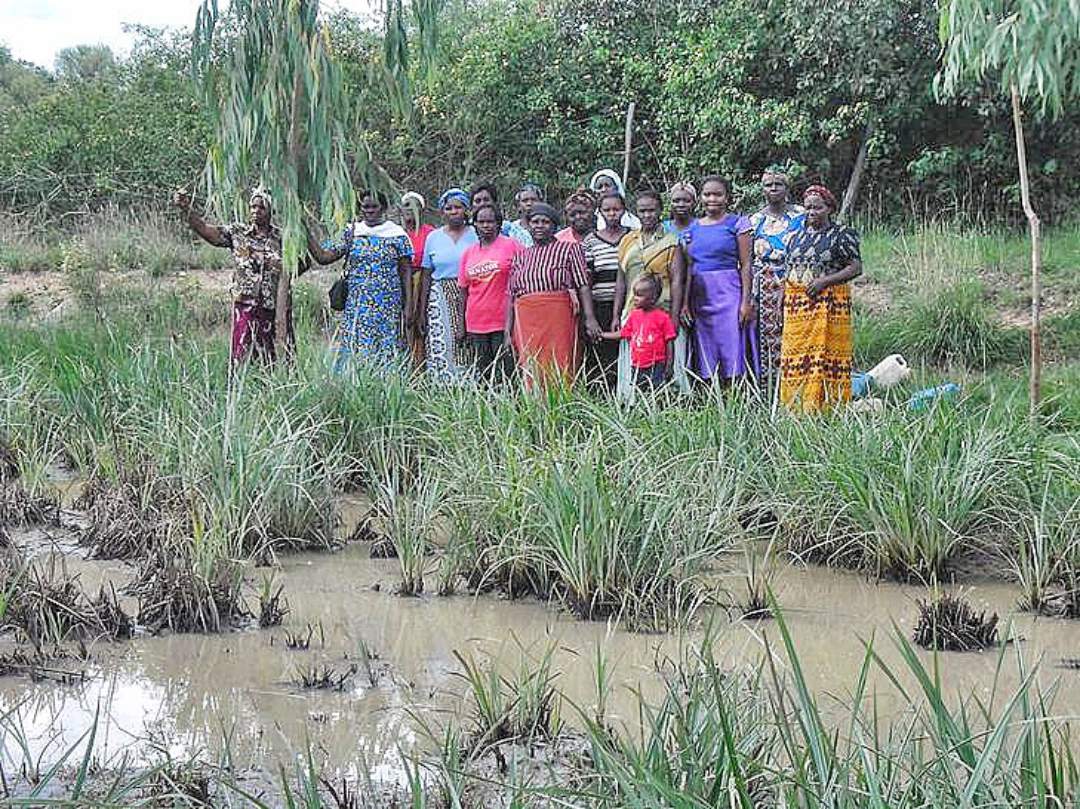 Project Description
The Maragwa Umoja group will start to build Interlocking Stabilized Soil Bricks, and then build water tanks to help with lack of water, poor housing, and lack of income. With the addition of cement to normal local subsoil, and needing little water and no firing to cure (using wood that is scarce), the bricks are then made into uniform interlocking bricks. The hand-operated press machines creating the interlocking bricks take less mortar, thereby reducing costs. The brick presses come in straight and curved forms, the curved specifically for water tanks and the straight bricks for foundations and water draw points. One bag of cement makes 100 to 150 bricks depending on the soil consistency. About 400 bricks are needed for a 5,000 liter tank.

Rainfall in the area and the average size of homes (tin roofs available for catchment area) would make 5,000-liter tanks the best option to sustain an average family of five through a dry season using the water for drinking and cooking. Any greater capacity would rarely fill fully.  The press machines are made in Nairobi, and are hand operated requiring no electricity and few parts with the potential to break. Should replacement parts be necessary, as they are built in-country, parts would be locally available. The tanks then need only a skin of waterproof cement on the inside to make them waterproof, and a roof to prevent malaria-carrying mosquitos from entering… as well as reducing loss from evaporation.

Project funds will be used to build 10 tanks to get the project started, using them as training. When the business is off the ground and making profits, the group will then use that money to build tanks for the remaining 90+ members. Bricks will also be produced for sale to others in the community. 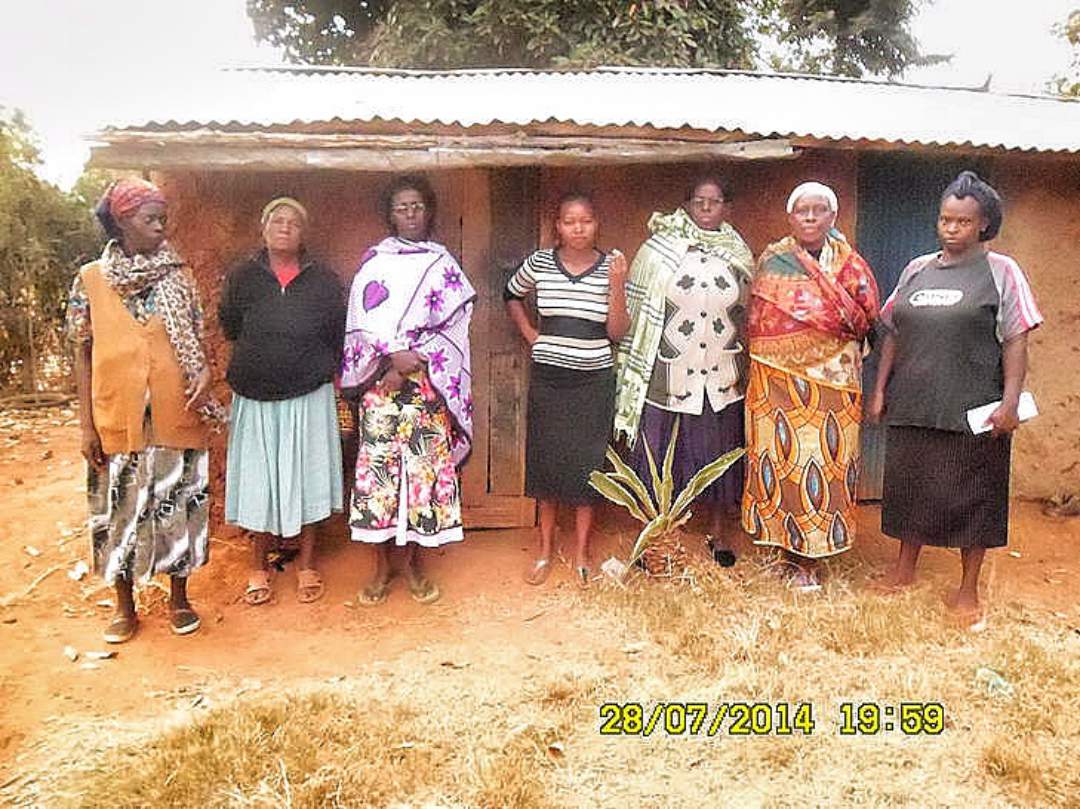 The brick method allows tanks to be built for half to 2/3rds of the cost of plastic water tanks bought from out of the area. The straight bricks used for the support platforms can also be sold as housing bricks that do not melt away in the rain, as many conventional mud brick or wattle and daub houses do, expanding the business potential beyond just water tanks.

With both machines, materials for water tanks and houses can be produced locally without transportation costs, as the machine can be moved to the building location instead of moving thousands of mud brick or stone. Costs of the ISSB bricks are a bit more than mud brick but less than the stone quarried out of the area, a local engineer estimates they should be sold for 15 shillings instead of 26 for stone. Mud bricks are about 10 shillings each, but are poor quality, and do not withstand the rainy seasons well.

Once the technology and access spreads across the districts it could reach 10,000 or more with the communities of Iriamurai, Siakago, and Gachoka all within a short distance and lacking water.

Project Impact
This project will directly impact 500 people and indirectly benefit several thousand in Kiritiri itself. 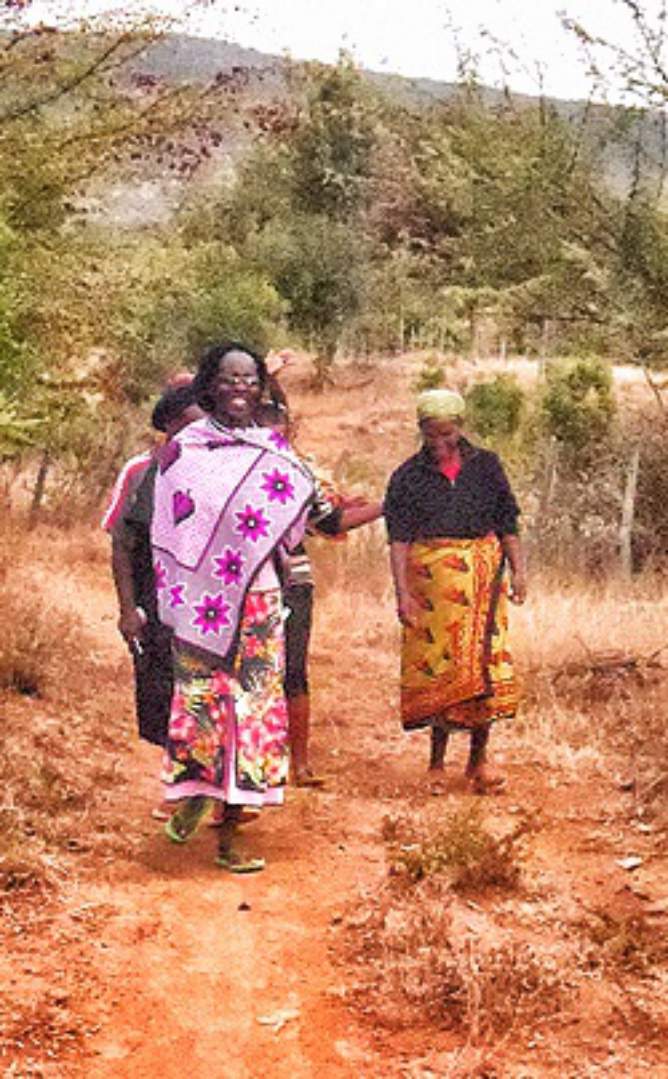 Monitoring and Maintenance
Each family receiving a tank, will be responsible for the care and maintenance of the tank.

The tanks are fairly easy to keep once built.  A little water needs to be kept in them to prevent the concrete from cracking over time and to keep it hydrated. Each year they do need to be cleaned of the roof debris that gets washed in as well as cleaning the roof before the rainy season to prevent debris and contaminants from entering the tanks. Once the tanks are in place, the 105 women of the group will have more time for their families and school as well as increased funds from not having to purchase water. As the profits from the business come in, money to build more tanks, pay school fees, improve their housing, and those directly doing the labor, will be paid wages they would not receive otherwise.

Water Charity has extensive experience with the ISSB technique and has done many projects that utilize them.  A good example is the Interlocking Stabilized Soil Bricks Water Tank Program – Uganda.

The Maragwa Umoja self-help group is a women’s group registered with the government of Kenya, located about a quarter kilometer from the town, founded in 1999, to help improve their situation. They received a grant from the Department of Agriculture a few years ago to build a water pan by placing an earthen dam across a drainage way to help with the water problem in the area. Without any engineering design or assistance on the construction, the end result is that water evaporates quickly leaving them without in the dry season and even when it is there, it is too dirty to be drinkable from sediment and animal access. As water is such a common problem in the area, the group swelled from 20 members to over 105. With the increased membership this project will directly benefit at least 500 members of the group and indirectly benefit several thousand in Kiritiri itself as the demand for the available water sources are lessened.

Jennifer plans on traveling in the summer of 2016 (July at best guess right now) and staying for three months to establish the business side of the project, and oversee the completion of the first tanks.

This project has been completed, but we are still accepting donations.  To see the conclusion, CLICK HERE. 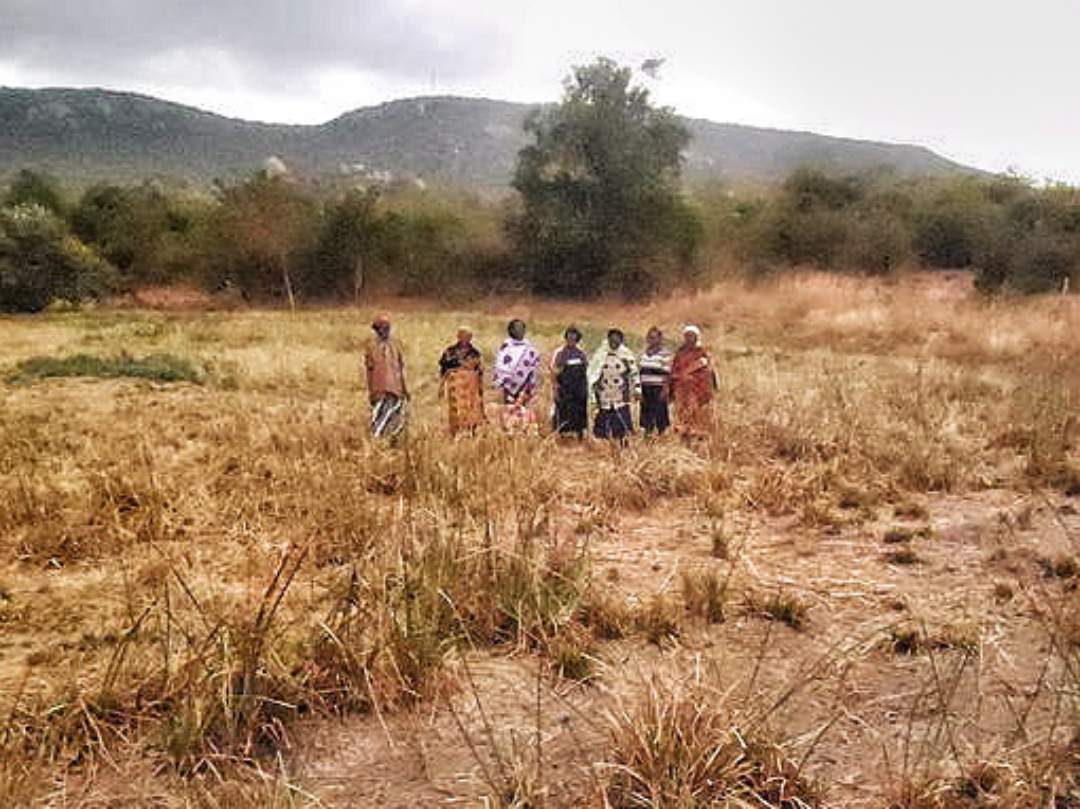 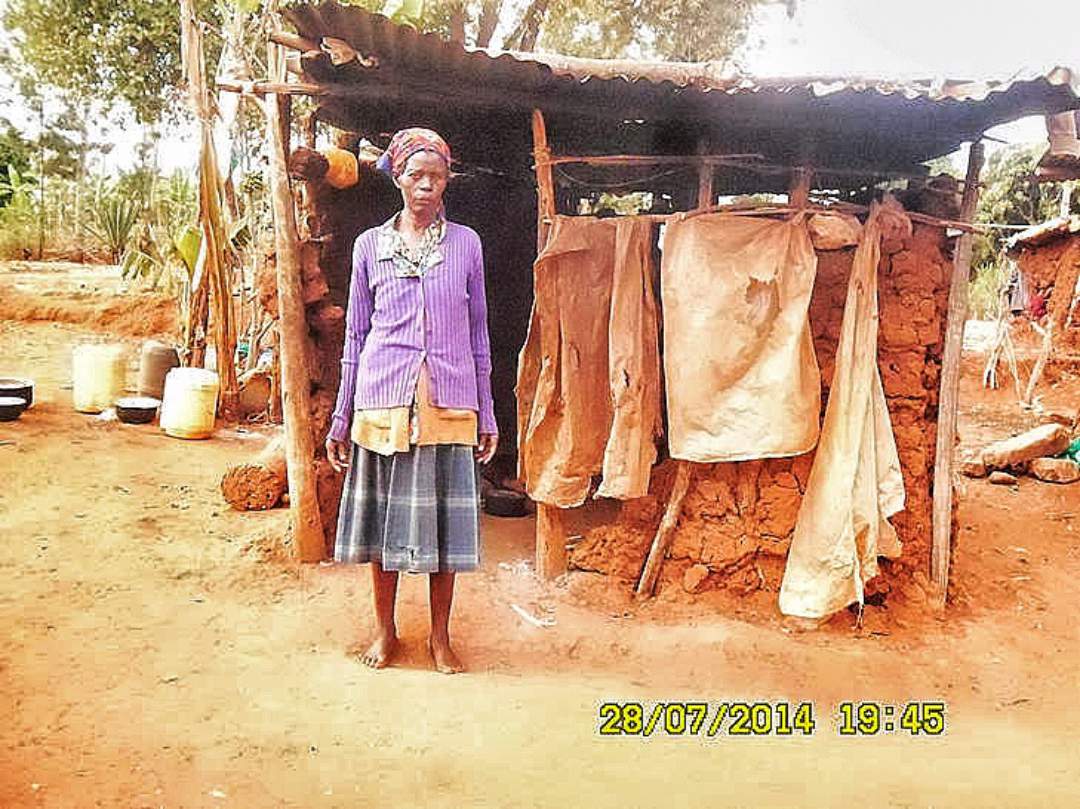