THIS PROJECT WAS GENEROUSLY FUNDED BY DROP4DROP 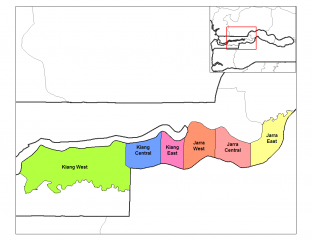 Around 40km east of the capital of Banjul as the crow flies, cut off from the coast by the River Gambia to the north and Bintang Bolon to the south, Kiang West district is a thinly populated expanse of forest, farmland, and mangroves. The district is home to Kiang West National Park, a haven for birds and other wildlife, covering an area of 19,526 hectares and located just north of our five communities. Off the potholed highway, all roads are dirt and very rough, requiring a 4WD Vehicle.

Again, Bintang Bolon is to the south. “Bolons” are the braided river systems forming a network of swampy waterways and marshes that become interspersed with dry woodland savannah on higher ground. Kiang West National Park—home to a number of its own bolons—is a birdwatching destination sustaining the feeding and breeding of a high proportion of The Gambia’s native species. 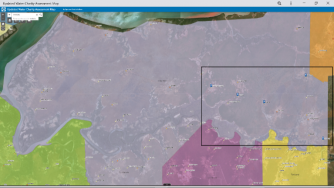 Partially because of the neglect of the communities and roads south of the park, many birdwatching tourists enter the park not from the interior headquarters in Dumbuto but from the other side, on the Gambia River in Tendaba. 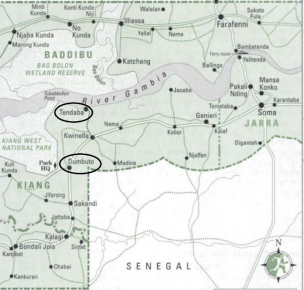 That portion of the district’s water systems have not been formally updated since the area north of it was declared a national park in 1987, when the Gambian Government had high hopes that the park’s wildlife would attract nature lovers from abroad. At that time the government recognized that the health and protection of the biodiversity of the park relied on the health and protection of the communities surrounding the park. Thereafter, though, the area represented political resistance against the dictatorial regime of Yahya Jammeh, and so was neglected throughout Jammeh’s tenure. For over three decades, the area has suffered from underinvestment in its water systems. 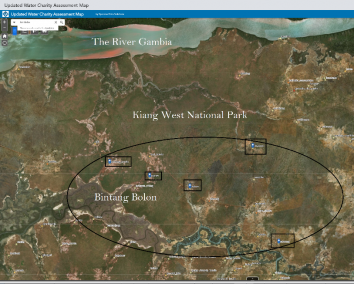 The people of these communities—particularly the ones in the interior—are sometimes unkindly called by more urban Gambians “Dumbokonos” meaning backward due to their lack of integration with the greater Gambian society, their stanch resistance to western ways, along with their isolation. Only now is this area starting to become more integrated with the greater Gambian economy and culture. 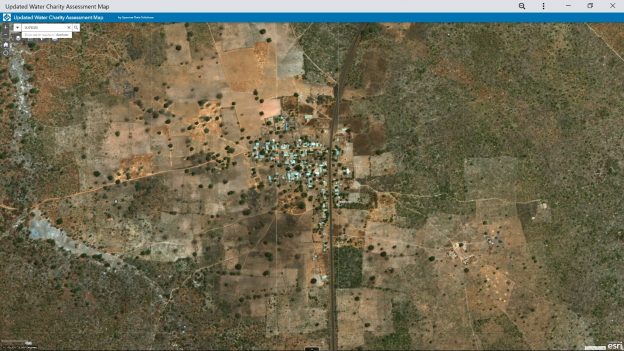 The Kiang West National park’s headquarters is situated in Dumbuto Village, a community of roughly 900 people situated along the Trans-Gambia Southbank Road. The village’s inhabitants are subsistence farmers from the Mandinka tribe who survive growing groundnuts, millet, and maize. Depending on the rainfall that season, the community aims to sell half of their groundnuts and consume the other half—constituting the bulk of the protein in their daily diet. In the area of Kiang West District where our communities are located, the subsistence groundnut farmers are struggling as this season the government has failed to purchase their usual allotment of groundnuts for export to Europe. The community keeps sheep, horses, cows, and donkeys for working the fields or for transportation (often hauling water provisions.)

Fixing the handpump will include replacing the cylinder, the chain, the check nuts, the centralizer, the couplings, the bolt nuts, the concrete slab, and the security fence in order to keep the domesticated animals from contaminating the water. 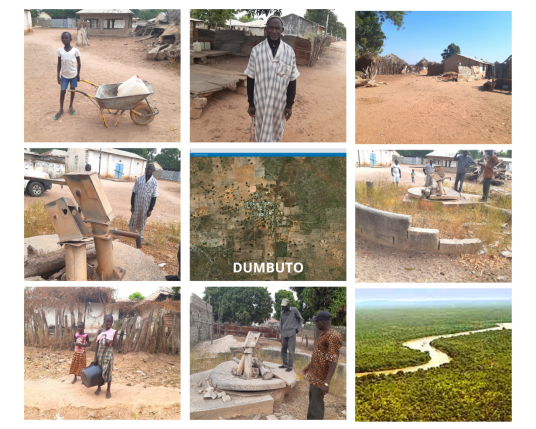 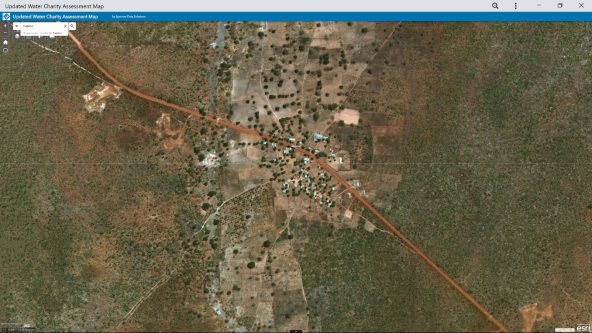 Just south of Dumbutu, if you turn west at the Sankandi Junction, about 7km down a bumpy, dusty dirt road, lies the Village of Bajana: a Mandinka community of around 1000 people, primarily subsistence farmers who also raise groundnuts, millet, and maize and keep domestic animals. As it is the end of the rainy season, the water table is falling, making water even more precious and difficult to pull up from deep wells. In addition, the rain started late this season so many farmers were only able to cultivate one-half of what they usually do.

Both the animals and people of Bajana Village share only one water source: a closed well with a handpump. With nearly 1000 people, this is grossly insufficient. The three other water sources are non-functioning. The one working well is conveniently accessible to only one-quarter of the villagers. The village has therefore elected to fix the broken waterpoint closer to the other 75 percent of the village. The waterpoint to be fixed is a twin pump. A twin pump is a circulating pump consisting of two separate centrifugal pumps. Several of the waterpoints we are fixing were constructed in the late 1980s when the park was about to open. Because of the inaccessibility to the region, the Department of Water used “twin pumps” in order to lower the risk of the villagers going without water: that is, if one pump broke, the other would continue to function for a time. That time has come.

Both of the twin pumps need refurbishing. For both pumps, the contractor must change the chains, the rods, and the cylinders. This well already has a concrete fence and a functional trough for the animals to drink from. As always, we only use German Mark II handpumps and parts. 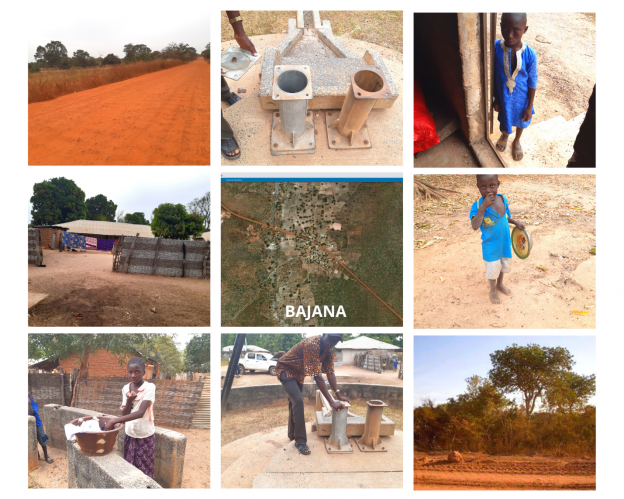 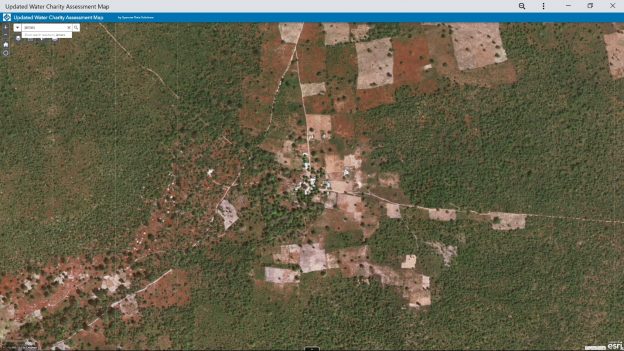 Jamaru is a remote village 8km off the Southbank road from Sankandi Junction, just a bit farther along the road past Bajana Village. Jamaru is inhabited by 400 people from the Mandinka and Fula tribes. Again, the community is made up of subsistence farmers who also raise groundnuts, millet, and maize, as well as domestic animals.

Like Bajana Village, Jamaru Village was also given a twin handpump system in the late 1980s when the park first opened. For about one year, the community has been relying on the only working handpump of the two twins. Just recently, the second handpump also began to fail—leaving the community with no water at all. When there is no water, the villagers must walk 2km through the bush to the next village. The need to get water from distant villages is putting pressure on already suffering subsistence farmers after a particularly challenging harvest season.

The project entails changing the combustion head, the cylinder, the bolt nuts and the centralizer of the very damaged hand pump. On the less damaged pump, the contractor will change the couplings and the chain. 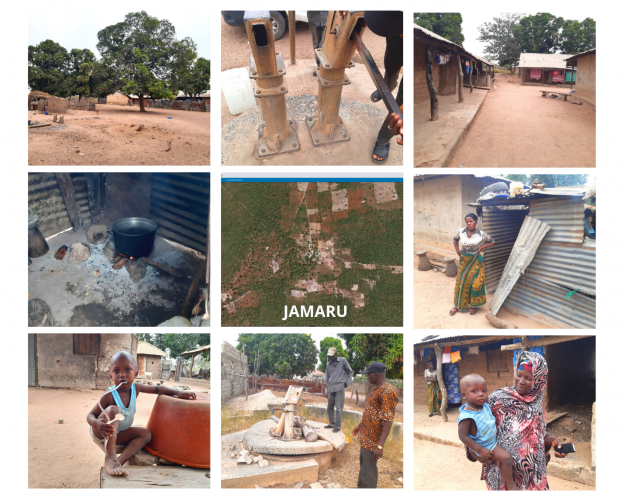 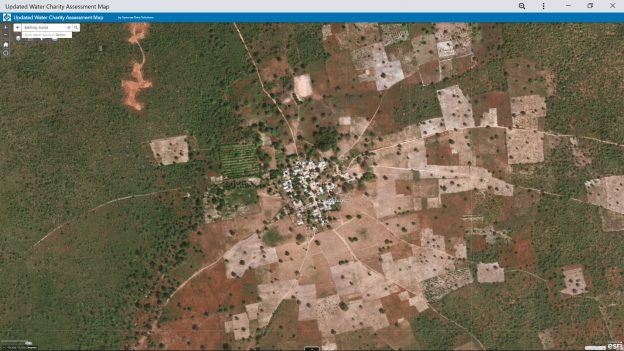 Even further along the road off Sankandi Junction—past Bajana and Jamaru and closer to Kiang West National Park—lies the village of Kantong Kunda. This community of Mandinka and Fula tribe members are contributing to the deforestation of the Kiang West National Park: exemplifying why taking care of the communities surrounding the national park will facilitate their ability to take care of the park, in turn. Poor water accessibility, uneven rainfall, poor harvests: all impoverish the local communities, making it so the only secure way of forging a living is by cutting down the forest to make charcoal for sale. With sufficient water, the communities will be able to subsist on local agriculture and forgo deforestation for charcoal.

Just as in Jamaru and Bajana Villages, Kantong Kunda received a twin handpump system in the late 1980s, prior to the park opening. Currently all of the safely closed water sources in Kantong Kunda are broken. Currently, the village is depending on open wells that are prone to contamination. As a result, the children’s health is suffering. In order to save the water from the open wells, mothers have been traveling to a lake nearby – a still portion of The River Gambia – to fetch salty water for laundry.

Again, one of the twin pumps is badly damaged, while the other needs replacement parts. The severely damaged pump needs a new conversion head, a new cylinder, new rods, and a new chain. The other less damaged pump needs a centralizer and some couplings. The well also needs cement for construction of security concrete fencing – to keep the animals out— and a trough where the animals can drink without contaminating the remainder of the water. 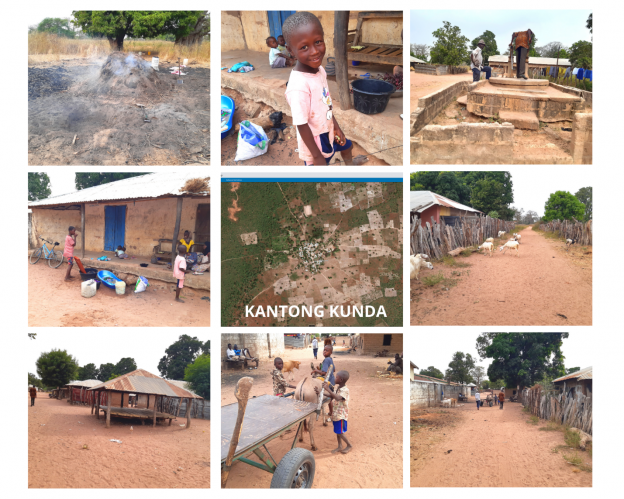 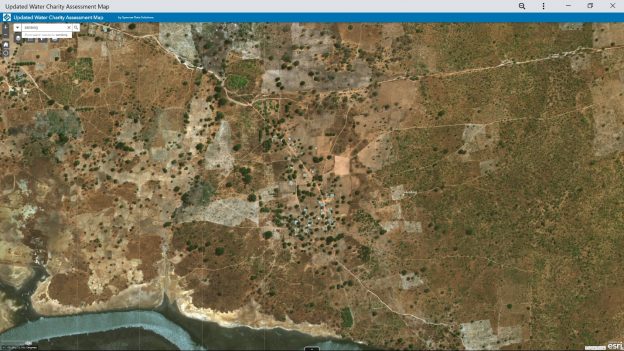 Sandeng Village is located south of our other Kiang West District communities, about 2km southeast from Jataba, and north of the outer reaches of Bintang Bolon. The community is made up of approximately 800 Mandinka and Fula tribe members who depend on subsistence farming of groundnuts, millet, and maize.

Due to the village’s proximity to Bintang Bolon, the village’s current two working water sources –– closed wells with handpumps—are suffering from salt intrusion. The only one that is not affected with salt intrusion has broken down. As a result, the community must travel to the nearby village of Jataba for water. Now, the salt intruded wells are mainly used for laundry and, at times, livestock. During the rainy season, which just ended, the water table goes up and non-salty fresh water tops off the wells, meaning that the salt intrusion halts for those three months, from August to October. The community has been relying on the only well that is not intruded by salt. While that well has been breaking down slowly, with the community paying for some maintenance themselves, about nine months ago it failed completely. Now the village must use donkey carts to haul 10-20 bidongs of water back from Jataba daily. This leaves the community little time to do much else: particularly, to tend to the subsistence farms upon which they depend for their nutritional needs. 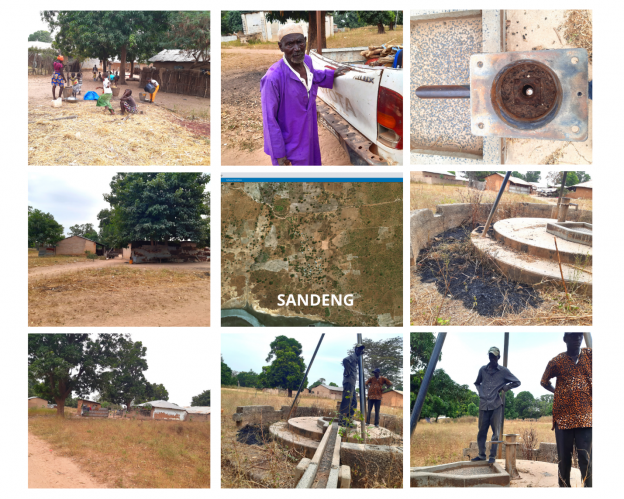