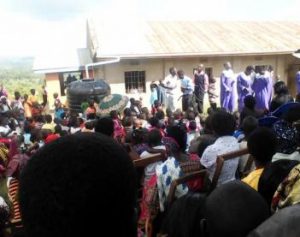 Three tanks of the high-quality Gentex brand with a capacity of 5,000 liters each were procured, and the bases constructed and painted for the 3 schools in Kamabaale, Kazingo, and Kakindo. The areas in which the storage systems were built had long been faced with water shortages, where children had to travel long distances to avail themselves of water. 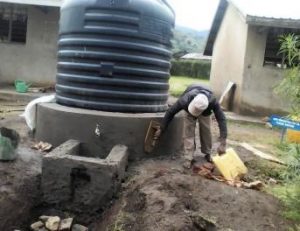 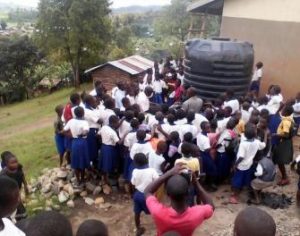