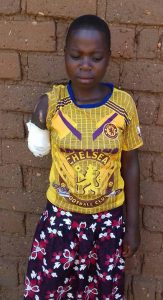 Community Description
The community is in the rural outskirts of Lilongwe, Malawi’s capital city. People are well aware of the presence of crocodiles and have taken precautions to prevent goats from drinking at the river. However, the human population of Kan’goma Kadzipili has a substantial and constant presence at the river banks. Water from the river is used for fishing, laundry, bathing and providing water for drinking and cooking.

As an interim alternative water source, a local farmer has paid to have a shallow hole dug to provide water to those in need, but this water source is temporary as the hole is shallow and dry season is upon us.

Problem Addressed
An alternative source of water is needed. In the past, there had been a well, but it was no longer working and had dried up.

In recent weeks authorities were called to investigate an incident of crocodile attack in Kan’goma Kadzipili. Cecilia Dika, a 14-year-old girl from the village, had been bathing in the river with friends and had been attacked by a crocodile. The crocodile had gripped her arm, but when her arm broke she managed to struggle free and escape to the river bank. The bones in her elbow were crushed, leading to later amputation of her arm at the hospital.

Upon investigation of the incident, several conclusions were made: Multiple crocodiles were resident in the section of river which passes this village. Based on past incident reports of goats being taken from the river banks this seemed to have been the case for at least five years. 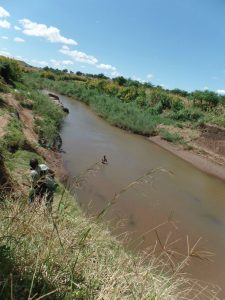 Project Description
This project is to build a well with a hand pump to serve the water needs of the village.

The well will be dug to a depth of about 15 meters to achieve year-round water. The process of digging to over 5 meters is a little more expensive but will secure a sustainable solution and keep the communities and wildlife safe from conflict.

A local well-digger has provided a quotation for the digging of the well, and materials for the pump equipment have been sourced from a local supply store.

The local community will provide the labor of digging the well, and a local expert will complete the technical aspects of the borehole project.

Project Impact
Over 100 people will benefit from the project. 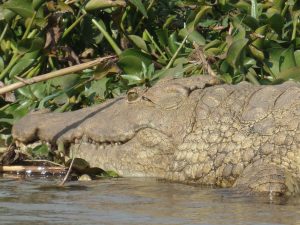 Monitoring and Maintenance
As an organization, Lilongwe Wildlife Trust will oversee the completion of the project. Kan’goma Kadzipili village will complete the labor and perform upkeep on the borehole upon completion through a village savings and loan program. In addition, the local farmer who has provided the interim water source will look after the borehole and maintain its condition.

Comments
This project will not only supply this village but the neighboring villages with an option to retrieve clean, drinking water safely, without risking conflict at the river banks. In addition to this, and as part of a separate project, community education will be undertaken regarding crocodile behavior. 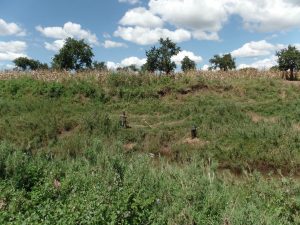 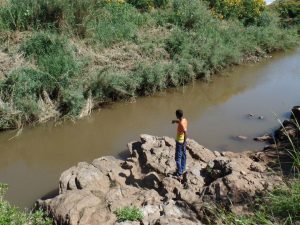