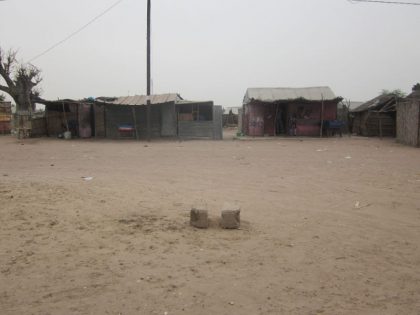 Community Description
Joal-Fadiouth is primarily made up of two ethnic groups; Wolof and Serere. The city as a whole prides itself on its religious diversity and tolerance.

Joal is on the mainland, with mangroves on one side and the Atlantic on the other. Fadiouth is a small island connected to Joal by a bridge. Because of the location to sources of water, Joal-Fadiouth depends heavily on fishing and aquaculture, and space for cultivation is limited.

Fish drying and transformation (a crucial economic factor in Joal) and a lot of cooking is accomplished with firewood, and the scarce resources means many people destroy and cut down trees that should otherwise be protected, such as mangroves. Cutting mangroves adversely affects the health of aquatic species as they often breed and raise young in the mangrove swamps. 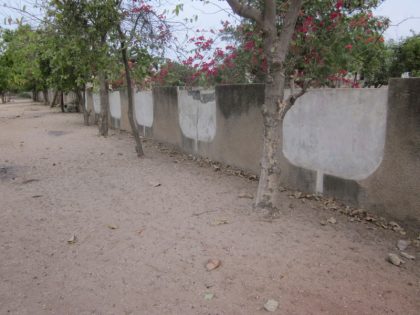 With help from World Wildlife Fund (WWF), Joal-Fadiouth began a two-year-long effort to improve the environmental condition of the city. This includes reconstructing a salt-barrier dyke to reclaim agricultural space lost due to encroaching saltwater. The community decided that a permanent and public tree nursery that will provide for the entire city of Joal-Fadiouth would be an important project for the well-being of the area, which suffers from illegal wood harvesting and a fragile ecosystem.

To support the tree nursery, a constant water source is needed. Water is typically available during early morning hours (4-5 A.M.) so basins are needed to make water available for later use.

Project Description
This project is to build two water tanks as an integral part of the larger project to build a tree nursery in Joal-Fadiouth.

The goal behind building this nursery is to provide trees for reforestation efforts throughout the city, including selling fruit trees (the money will go back into the project), donating trees for family compounds and public spaces, providing tree fodder for woodlots, and erosion prevention of scarce field space outside of the city limits. 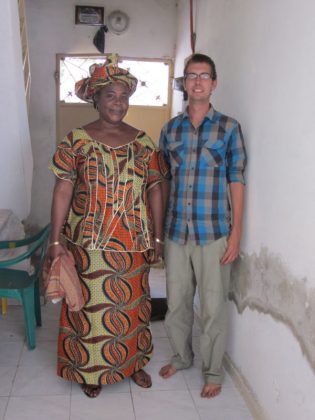 Tree species will be erected to stabilize the dyke and prevent the intrusion of salt water in the soil. This reclaimed land will be used for growing food crops, specifically rice (a crop formerly grown in this area). Furthermore, some of the land reclaimed is slotted to be used as a woodlot.

Fruit tree species will be grown in the nursery as well which would in turn be beneficial in family compounds as either a source of fruit or a source of income to those selling in the markets.

There will be 4 trainers working directly in the tree nursery who will each be trained on how to instruct others about the proper care of each species. They will be responsible to teach those who visit the nursery and will hold educational talks and seminars to interested persons.

Project Impact
Within the first year, it is expected that trees will be planted in perhaps 50-75 compounds, directly affecting about 500 inhabitants.

Indirect beneficiaries will be the entire city of Joal-Fadiouth which has a population of about 40,000 people.

Comments
This overall project will be transformative for the environmental and economic sustainability of the community. Water Charity is happy to participate in the project in an important and meaningful way in collaboration with the community, local government, and other NGOs.