This project is made possible through the partnership of Water Charity, Water is Basic & the National Peace Corps Association.

This project is part of Phase 2 in our ongoing South Sudan Well Rehab Program. The program’s Phase 1 began with the Tore region, which became the center of a new wave of violence.  These new projects are being done along the Yei River, of Yei State. We continue with multiple well rehabs in Yei County where many are displaced from the last two years of violence in the Unity and Jonglei States.

This project has been COMPLETED, and the #Conclusion Report can be found below this project description, or by clicking the link.  Due in part to the repaired borehole, the village has grown from 250 when the project was proposed to over 350 at this reporting, some months after the completion of the well.  Thus, this project has served even more people per dollar spent than originally envisioned. 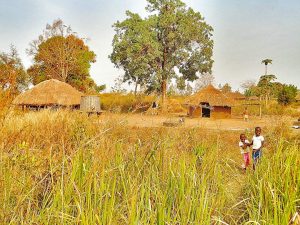 Community Description
Illimoko is a small village, a conglomeration of 48 households and approximately 250 residents and counting. With an uneasy economy struggling from increased irregularity created by South Sudan’s current civil war, the number of residents in Illimoko fluctuate daily as many families are forced to move around in search of work. The main source of Illimoko’s income is made from small-scale farming, supported by the temporary workers that wander in and out of the community.

The village is right off the main road, on the way from Yei Town headed towards Koboko. Since the borehole was drilled in 2013, the neighboring church has been responsible for monitoring the water usage.

The recent outbreak between government forces has increased the distress in local communities, such as Illimoko. Being a part of Yei River County is an extensive concern for locals. A central and exponentially diverse community of South Sudan, this major hub is a central location for trade from Uganda and Congo. The basic availability of clean water provides much-needed relief to the stress and struggle this village has been through. 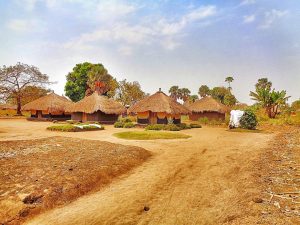 Problem Addressed
While Illimoko is home to one of Water is Basic’s drilling specialists, the additional management of water usage and maintenance has not kept one of the borehole’s pipes from rusting out and requiring repair.

Having a drilling specialist live locally has benefited the community well, as he has provided attentive care and vital education on maintenance, to others within the community. This has helped empower the community, making them feel that they are able to provide sustainable solutions to their problems.

Since its drilling, the residents have been diligent in collecting monthly funds for healthy savings.  Most families provide a monthly 5SSP (approximately 25 cents) to the borehole’s committee, to ensure healthy savings. A month before the pipe rusted out, the pastor of the church ran away with the community’s savings. Beyond losing their ability to provide clean water for their families, the community is struggling with the betrayal of someone whom they thought was a well-trusted individual. 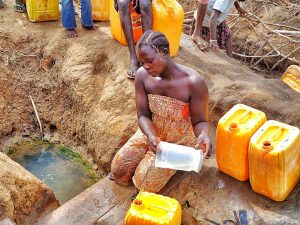 Celina Opanni is one of the many individuals who is suffering from this physical and emotional loss. The 38-year-old is, practically, a single mother to six children as her husband is forced to work hours away in the Argo forest, the only steady and guaranteed work, for the government, around. This has left Celina lonely and distraught as she not only cares for her children on her own but maintains the family’s farm. Time is of the essence, as anyone with one or two children knows. But with six kids and an entire farm to operate, it is nearly impossible for Celina to add an extra three hours to her daily routine to commute back and forth to the closest shallow well. Even then, water is not guaranteed during the dry season as many families from surrounding areas rely on this shallow well, typically drying out what little is available. Celina says she often buys water from the GIZ Company so her kids can have clean water to drink. But with the water costing 2 SSP per jerry can (half of what the monthly fee for full-time use of the borehole, before it broke), there is too much of a financial strain on her family for water from the GIZ Company to act as a long-term, sustainable solution. 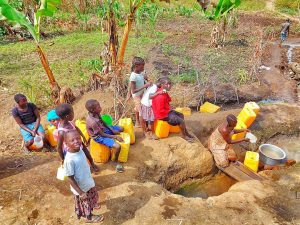 Project Description
This project is to restore the well to full service.  In collaboration with Water is Basic, a locally owned and operated water drilling company, the project should only take 1-2 days to complete.

First, the Water is Basic crew will take the pump apart, removing all the pipes to examine and check for holes or signs of future problems. The crew will go on to replace the parts needed. and the pump head will be re-attached and checked. If everything is working properly, the last step is to check the water flow rate to ensure the borehole is deep enough and the pressure is appropriate for the community’s needs.

The next, major part of this project will be to help the community and committee make the necessary organizational and operational changes are made to prevent another mishap, like the one with the pastor.  These changes will include involving many people from the community into the committee to spread the feeling of empowerment. The treasury position will be separated between two committee members to ensure a check and balance system is set in place. 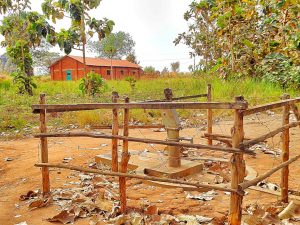 This project will benefit more than 250 residents. (note: the repaired borehole currently serves over 350)

Monitoring and Maintenance
Once Water is Basic is finished repairing the borehole, the non-profit will oversee the expansion and increased education of the committee, currently run by the church. There will be two treasurers, one member of the community and one member of the church, who will be responsible for keeping track of the fees earned to ensure the savings stay safe. The other members will be responsible for teaching proper WASH techniques and making sure that people are using these techniques around the well.

The well repair will give the community of Illimoko clean and healthy water, again. For a child, water is everything.  The repaired borehole will give new life to the community, helping them keep the funds normally used for medical bills that accumulate from treating water-borne illnesses 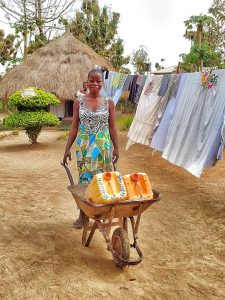 . The repair will also give time back to families for work, education, and spending time with each other. The shallow well that the Illimoko residents are currently gathering water from will be navigated to local crops, lessening the amount of physical labor the residents use to water their crops.

More importantly, this clean water will help people like Celina Opanni use her hard-earned money for food or sending her children back to school. The kids of Illimoko will see immediate health benefits from having a constant source of clean water, giving the community greater control of their future by having a better understanding of how to raise and use the money accumulated from borehole-usage fees. The community will take part in the committee and have a large part in decision-making, ensuring better management, and lessening the control of anyone individual, to prevent the problem as previously experienced with the ex-pastor.  With great hope, the residents of Illimoko are looking ahead to begin investing in other community developments, such as building schools, diversifying income opportunities, and developing health facilities.

Comments
Water is Basic’s strength comes from the experienced local personnel. These individuals lead the non-profit’s mission with determination and skill, guiding the country to develop self-sustaining water systems, managed and operated by local villages. It is the mission of Water Is Basic, and these projects are being done with Water Charity under our joint South Sudan Well Rehab Program, to build communities and empower the Sudanese to implement solutions for their water crisis on their own.

Part of the program involves an internship program where local, promising secondary school graduates manage our projects for one year. Two recent graduates from Nehemiah Gateway University, in Albania, oversaw interns and the projects the interns were directing. In exchange for their work, the interns are given access to distance learning courses and are then assisted in applying for, and attending, their university of choice.
Phase II, which includes this project, is being supported by an anonymous donor, who will match your donations. Please click the Donate button below to keep this great program going. 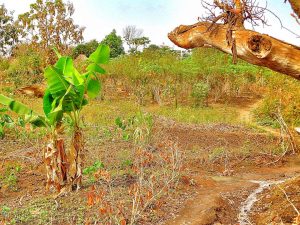 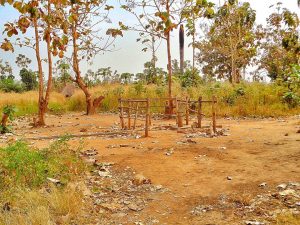 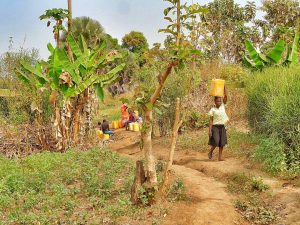 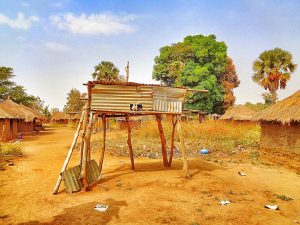 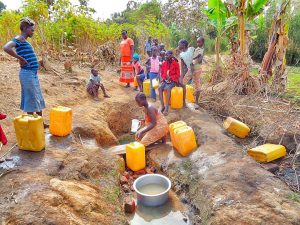 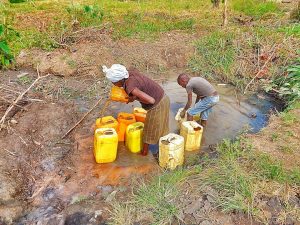 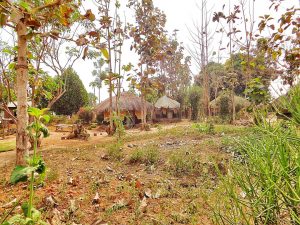 This project was completed through the partnership of Water Charity and Water is Basic, as a result of Grassroots Peace negotiations in South Sudan. 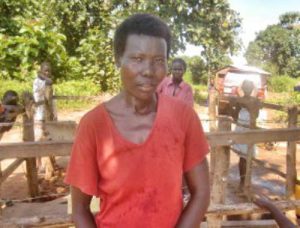 The village well in Illimoko, Yei River County, Yei State, South Sudan was repaired to full functionality and has brought an end to the villagers digging up unclean water in muddy holes.  Our team repaired the borehole by removing the old pipes and water pump and replacing them with new parts. In half a day’s worth of work, the community had fresh water once again.

We are pleased to report that all of the villagers in Illimoko now have access to clean drinking water.  This task was made much harder by the civil warfare that plagued the region, but it has been accomplished primarily through the bravery of the South Sudanese teams that refused to be deterred by the danger, and the end to the hostilities in the region.

In addition to the well repair, we also assisted in water use committee development and community sanitation. A committee was re-established.  Before the WC/WIB work there had been a water use committee that failed as one of the former members was dishonest in the handling of funds. This new committee was trained in how to best manage the borehole, and ensure that the funds from the monthly collection go towards their savings for future repairs.

Crucial to the return of people to their homes and rebels to assembly points is working well-managed water points.  Water Charity & Water Is Basic has been rehabilitating wells at an urgent pace.  This repair project was completed as part of a larger multi-phase program in South Sudan.

The borehole currently serves 350 household members. including 35-year-old, Jane Opani Edward. She reported that when the borehole was broken, she had to resume drinking from the contaminated Yei River where people bathe and wash their clothes. Because of this, her family experienced a high rate of sicknesses such as typhoid and diarrhea.

At times she would go to the neighboring boreholes where the fees were high and there was much quarreling and fighting due to overcrowding. With the repaired borehole, Jane Opani said she is very pleased because all of the difficulties her community faced in search of water are now gone.