Community Description
Hagati Secondary school is a small government school in rural Tanzania, about 2 hours south west of Mbinga. There are approximately 285 students and 30 teachers at the school, with about half of each group living on campus. 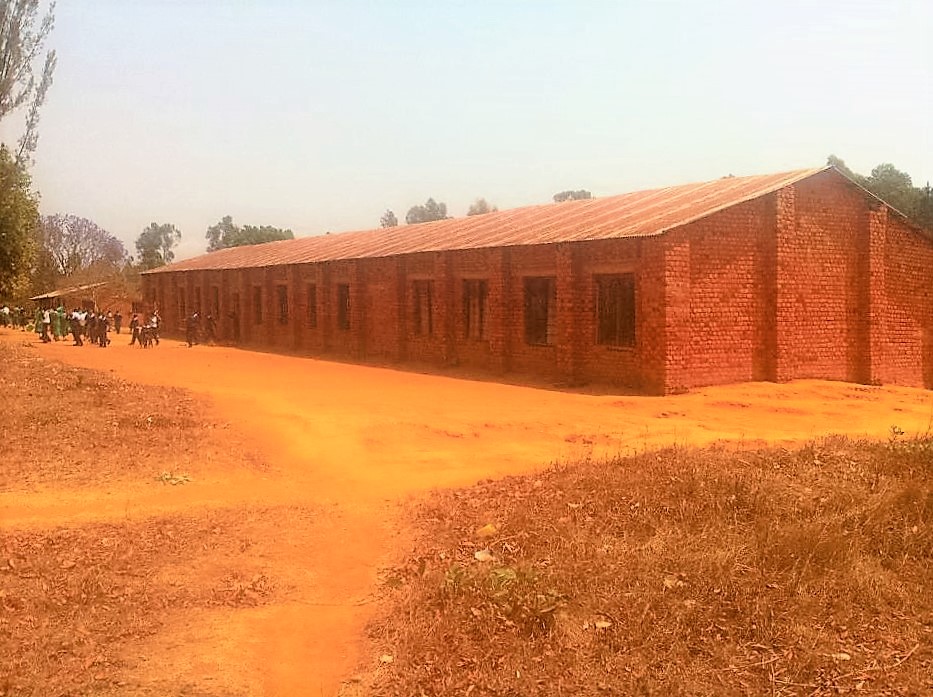 Ruvuma is one of the more forgotten regions of Tanzania–with almost no outsiders (tourists, NGOs, or others) making their way into the very southern, westernmost corner of Tanzania. Hagati is in the last of the highland valleys before reaching the western side of Lake Malawi (called Lake Nyassa in Tanzania), and as a result provides an excellent climate for the main industry of the area–coffee farming. Most of the students at Hagati are the children of coffee growers, and many plan on working on their own farm when they complete their education.

The seasonal nature of cash crops, however, as well as the lack of infrastructure to transport their product to market, creates some hardship for the people around Hagati, but a decent climate and soil allows subsistence agriculture (mostly corn) to supplement their income. Unlike in many parts of Tanzania, such as Mbeya or the Kilimanjaro region, large-scale commercial agriculture is non-existent, and almost all produce is from small farms perched on the edges of steep hillsides.

Many of the students dream about leaving the valley behind, with its lack of paved roads and electricity, and going to big cities like Dar es Salaam or Mbeya. Even for those who remain, however, change is definitely coming—the government has proposed (and started constructing) new electric lines that will bring wired electricity from Mbinga all the way to Mbamba Bay on the shores of the lake. 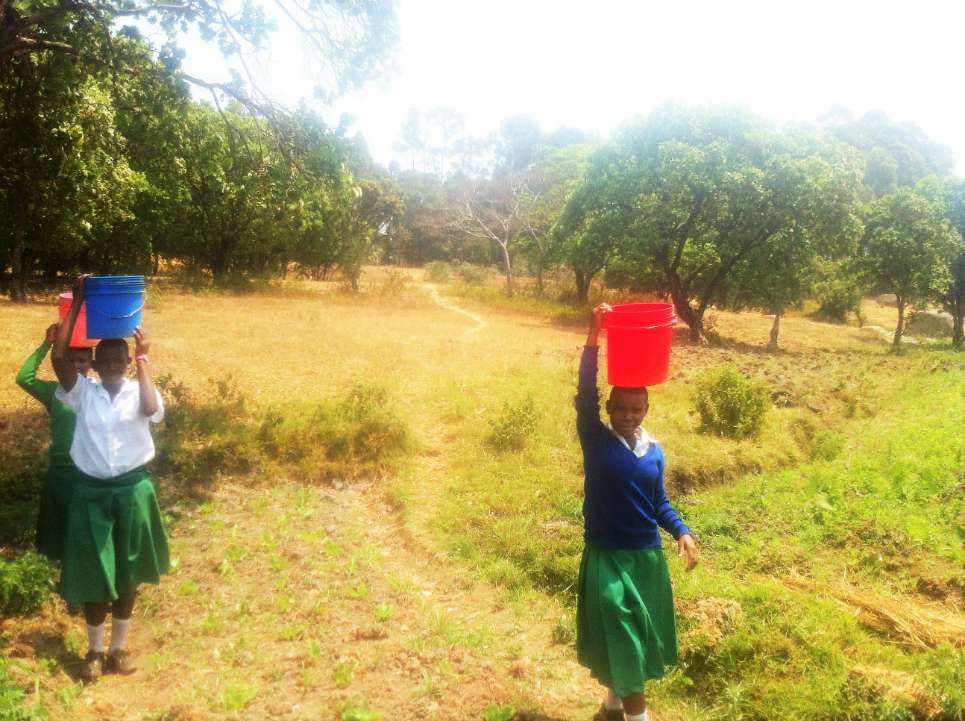 Problem Addressed
Currently, the school relies on a tap for its water supply. The tap provides water from a mountain spring that is several kilometers away from Hagati, and during the rainy season provides a convenient and reliable source of relatively clean water. During the dry season (May through November), however, the spring and the tap often run dry. When this happens, the school must rely on a nearby river to provide its water. This creates two major problems. First, female students are often pulled from the classrooms and sent to fetch water for the school. One trip can take upwards of half an hour, and depending on how much water the school requires, the girls can miss quite a lot of class. Additionally, the community members do not purify the water in any way, which leads to an increase in sickness due to waterborne illness from drinking untreated river water. This leads to lost worker hours on the part of both students and teachers, negatively impacting the students’ education.

Project Description
This project will be to create a water catchment and storage system. An analysis of the rainfall patterns at the school indicate that rainwater catchment could provide an excellent supplemental source of water for the school during the rainy season.

Gutters, made from cut tin roofing material, will be added to the roof of the large assembly hall, which is on the school campus. The gutters will collect rainwater and funnel it into an underground storage tank.

The underground storage tank itself will have a capacity of approximately 40,000 L. The construction will be reinforced masonry, with the bricks, sand and gravel being supplied locally. A local technician, who has experience installing similar systems in the area, will oversee the implementation of the project. Local community workers will provide much of the labor for digging the hole, and the technician and his workers will erect the gutters and construct the tank walls and roof. Water will be brought out of the tank using a simple pump of a type similar to that purchased by a nearby community. Using a local craftsman and technology that those in the area are already familiar with will help ensure the sustainability of the project.

The school will provide unskilled labor, a portion of the engineering fee, and many of the materials, including bricks, sand, gravel and rocks. 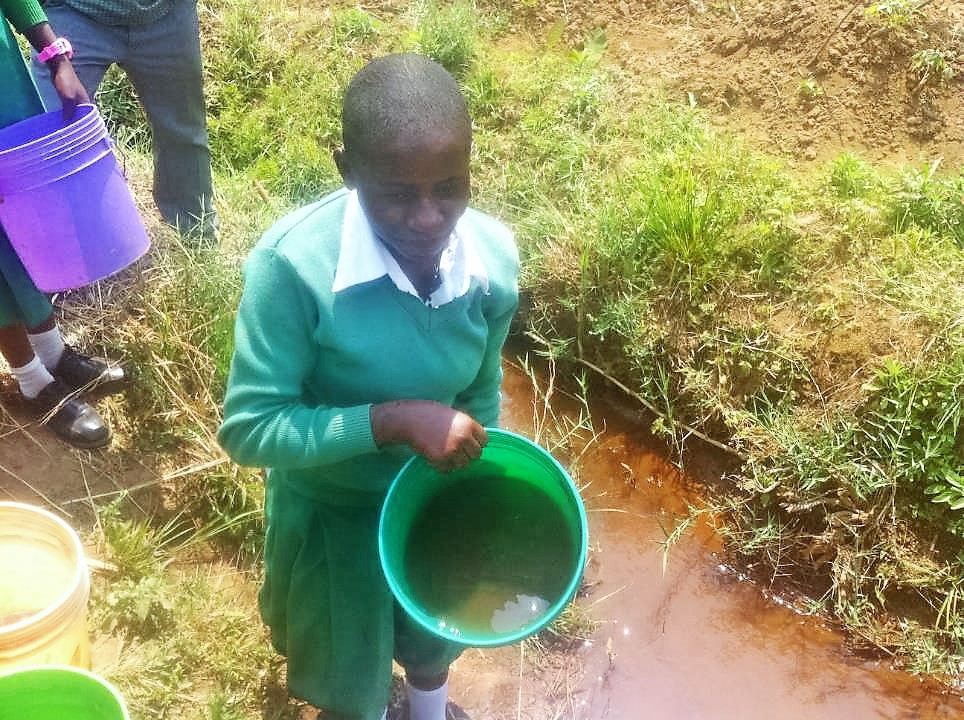 Approximately 315 people will benefit from this project immediately, as well as future students and staff.

Monitoring and Maintenance
The implementation of the project will be monitored start to finish by the water committee. The water committee, comprised of several teachers, the second master (vice principal), the academic master, and the Peace Corps Volunteer, will be in charge of overseeing all material purchases, as well as regularly inspecting the work of the technician and organizing the unskilled labor. All work and materials will be obtained locally and be done by local technicians. This ensures that, should the need for repairs arise, the school will have access to all the necessary materials and skilled labor that it requires.

Purification treatment will mostly consist of avoiding contamination of relatively clean rainwater. The first heavy rain of the season each year will be used to flush the system. At that time the tank will be thoroughly cleaned, bleached, and then pumped dry, and only rains after the initial rainfall will be collected. The tank will be covered, and a pump will be used to further prevent contamination.

Comments
This is a project conceived and organized by the community. It will provide immediate benefits related to health and hygiene, and tresult in training and empowerment for the community.

In Tanzania, the responsibility for collecting water is considered to be the job of women and girls, and Hagati Secondary is no exception. During the dry season, when the community tap runs dry, female students are regularly pulled from their classes at random and sent to fetch water from the river. This has a very negative impact on their ability to receive an education, and it is something that their fellow male students do not have to deal with. As a result, many girls at the school are at a disadvantage during the dry season due to the lack of readily accessible water at the school.

This project will provide an alternative (and cleaner) drinking source right on school campus. As a result, girls will no longer need to be pulled from class for lengthy periods of time to fetch water as the school cook, and the other teachers, would have immediate access to water at the school, even when the tap runs dry.

This project is a part of our ongoing East Africa Water & Sanitation Program.

This project has been fully funded by a major WC donor who prefers to remain annonymous.

Further donations to this project will be applied to Emily’s next project or to future Peace Corps projects in Tanzania. 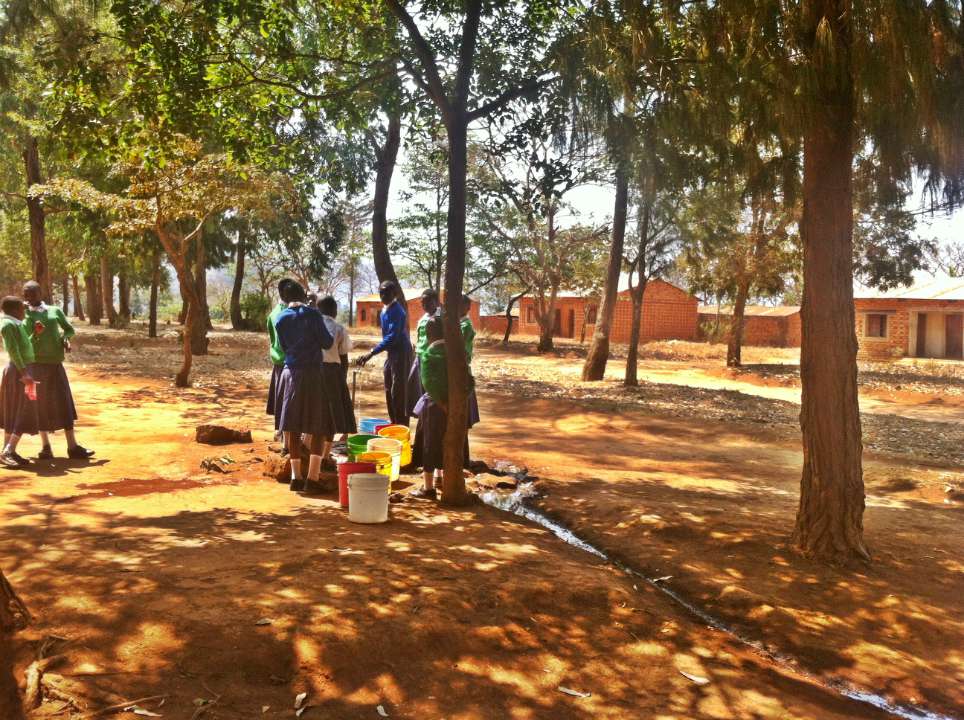 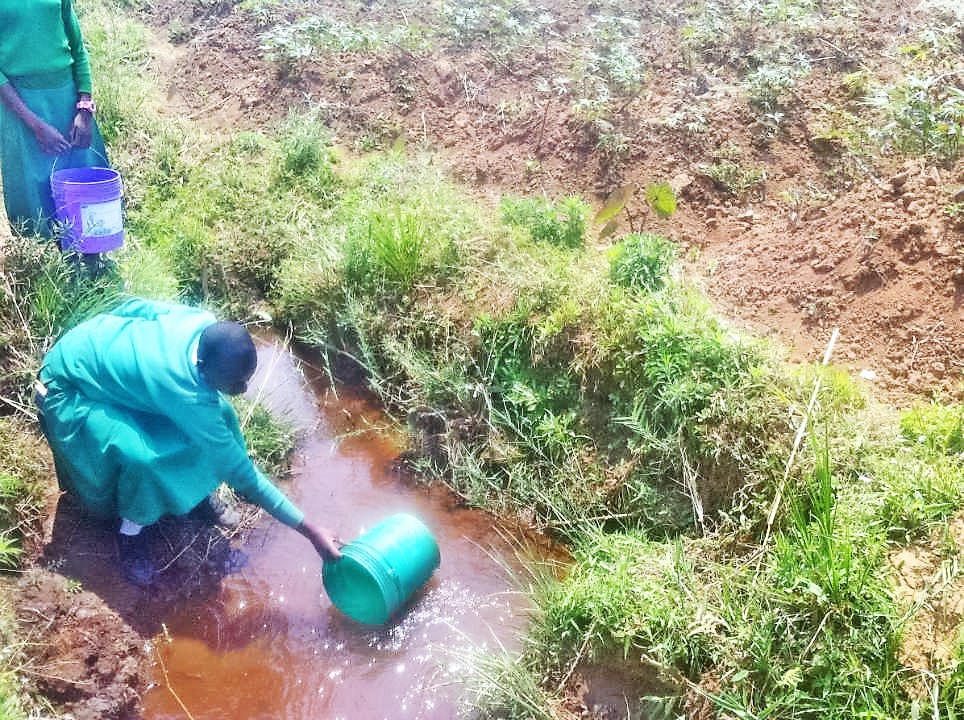