This project is made possible through the partnership of WATER CHARITY and the NATIONAL PEACE CORPS ASSOCIATION, working with

Friendly Water for the World.

This project has been completed. To read about the conclusion, scroll down below. 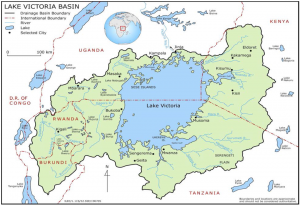 Problem Addressed:
Lack of safe and clean water is rampant in most rural communities in Kenya, as well as in urban slums. Water may be available but it is not safe for human consumption. Outbreaks of typhoid, cholera and other water-related diseases are, and have become part of the life of, the people living in these areas, especially in southwestern Kenya, which also has among the highest HIV rates in the world.

The Gusii are a minority Bantu tribe located only in southwest Kenya. They make up a large majority of the population of the city of Kisii, and have more than a million members. Because of their minority status, they are almost entirely ignored when it comes to government health and environmental services. Much of their water comes from Lake Victoria, and is contaminated, bringing with it high levels of amoebic and bacterial dysentery, typhoid, and occasionally, cholera. 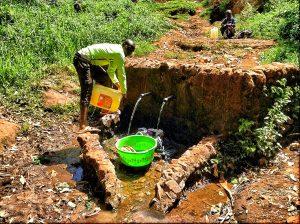 Project Description:
GUCONET is an international network working for the sustainable development of the Gusii community. Clean water is a very high priority for the GUCONET secretariat, as they have identified clean water as a major way to lower the disease burden on the community already strapped for health care resources.

Six established groups already identified will send 10 participants each to a five-day training in BioSand Filter fabrication, distribution, installation, and maintenance. They will also learn to teach community sanitation and hygiene. At the conclusion of the training, six separate workshops will be set up, with all the necessary tools, steel molds, and starter materials. During the training, the teams will undergo a brief introduction to small-scale business management. The teams will be able to make filters and sell them to the entire Gusii Community hence making them self-reliant.

The work of the group will be overseen by the GUCONET secretariat.

Project Impact:
The first direct beneficiaries will be the 60 participants who are trained, and their families, who will now have access to both clean water and increased incomes. The groups they come from will be the next line of beneficiaries, and it will spread from there to the entire community. Waterborne illnesses will be curtailed and health improved; people with HIV will live longer; school attendance will increase; medical expenses will be reduced; community productivity will be enhanced. It should be noted that GUCONET has other initiatives in the areas of agricultural improvement and education, and this effort should facilitate greater success in these areas as well. We expect BioSand Filters to proliferate rapidly within the Gusii community. 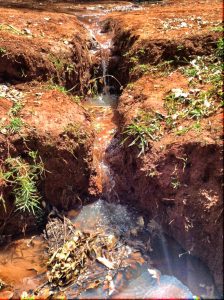 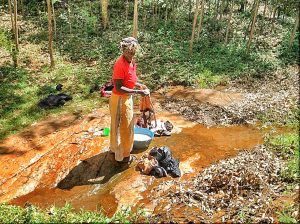 Monitoring:
A group will have a monitor who is trained to visit and check on Filters after installation. A report will be sent 90 days after each group is operational. The GUCONET secretariat will be responsible to ensure reports are forthcoming. After the reports, the business plans for each group will be reviewed, and changes made. The budget for this proposal includes funds for two follow-up visits by Eric.

Comments:
​Water Charity has done a fair number of these training projects, and we believe that the long term “bang for the buck” is very high on them.  Teach a man to fish etc.  The ripple effect of training people who go on to train others is uncountable.  People will benefit from these projects that we will never know about.  People will drink water from filters that were made by people who never met any of our trainers.

Furthermore, this knowledge will also benefit everyone it comes in contact with along the way economically.  People will sell clean water and sell filters.  Profits from this get reinvested into more tools, molds, and materials.  The ability to teach other needy people to do the same is key.

It should be noted that we already have a request to train four more groups, most people with HIV, in south Kisii. We have put them on hold until we see this training succeed, as we hope they will become a “satellite” project of the GUCONET one.

This project has been paid for through the generosity of an anonymous donor. 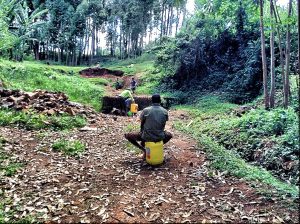 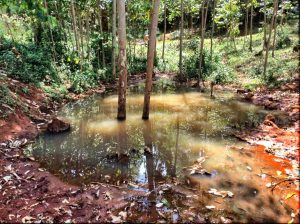 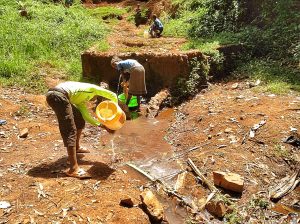 This project has successfully been completed.  The training was a thorough success.  We are proud to say that there are now water filters being produced at a good rate, and the technology is spreading!  🙂

Water Charity & Friendly Water for the World’s All-Africa representative Eric Lung’aho Lijodi (along with a trained team we have been working with for some time now) conducted a training in BioSand Filter fabrication, distribution, installation, and maintenance in Kisii, Kenya, under the auspices of GUCONET (Gusii Community Network). It was extremely successful. 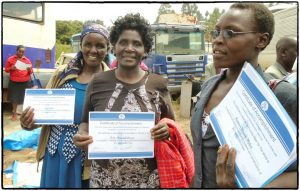 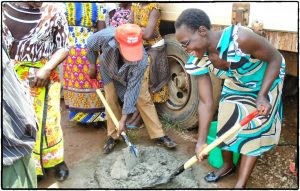 The Gusii community, a Bantu tribal group only found in this area of southwestern Kenya, has been beset in recent years with substantial outbreaks of typhoid, bacterial and amoebic dysentery, Rotavirus, and occasional cholera. Most of the water comes from Lake Victoria, and the disease burden carried by the community is extremely high.

The training was to be of six groups from the community, representing different sections of Kisii. However, a seventh group “demanded” at the last instance that they are allowed to participate, and additional funds were found for them. Two of the groups are associated with the local Adventist Church; two groups are all-women; the three others describe themselves as self-help groups. Each group has a leader/contact person, who is also charged with ensuring proper follow-up. 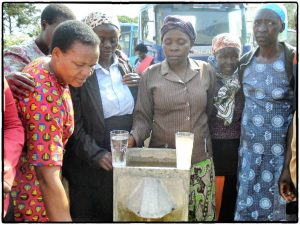 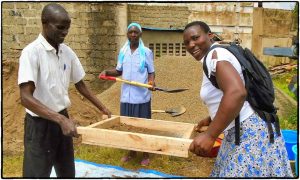 The participants were enthusiastic about being able both to be able to combat waterborne illnesses effectively and also to provide an avenue to assist participants and the community as a whole deal with poverty, as many families currently spend a very substantial part of their incomes on medical care.

In keeping with a new policy, we provided funds for additional starter materials so that every participant could purchase a BioSand Fitter for the cost of materials, plus their own labor. This provides a quicker path to building a base of Filters within the community and serves as a jumpstart to marketing efforts. Each group is crafting its own business plan but will be reporting to the GUCONET leadership team. A series of four evaluations are planned.

So far, more than a hundred Filters have been built and sold (even though they were slowed for about six weeks by extended drought.) Other groups in the area have come forward and asked to be trained as well, but we will await the success of this project first before proceeding further.

More will be forthcoming, so come back to this page for further updates! 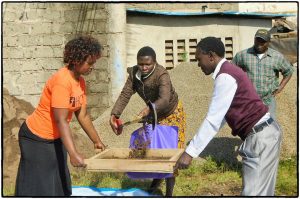