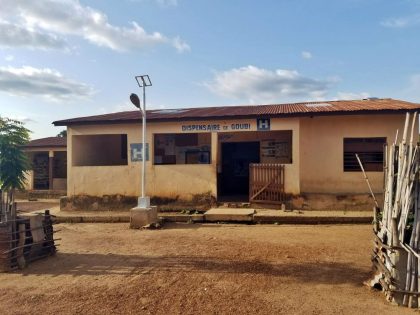 Community Description
Goubi is a large town of 11,000 which includes the surrounding villages and is in the southeastern corner of the Centrale Region approximately 20 kilometers from the Benin border to the east. The town’s name was original “Agotobi” which meant “cross the river, climb and give birth”, shortened to “climb and give birth” according to local origin lore. The inhabitants are a varied mix of Ana (considered the original inhabitants with origins in Benin), Kabyé, Losso, Moba, and Fulani. Christianity and Islam are the dominant religions with undoubtedly some animism present.

Most of the inhabitants are subsistence cultivators farming maize, soy, manioc, beans, and sesame. Traditional animal husbandry exists (free-range poultry, sheep and goat herds) except for the Fulani herders who pasture large herds of long-horn cattle. Some beekeeping exists and the diet is occasionally supplemented with river fish. Staple food supplies are scarce in the months leading up to the one seasonal harvest in September and October hence food insecurity is a concern to most of the population during that period. 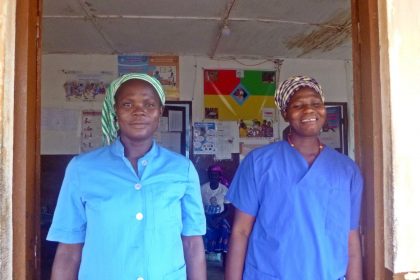 overnment-sponsored municipal water tower and distribution system was installed in 2016 and supplies much of the town however the service is intermittent. When water is lacking the inhabitants utilize the borehole wells of which four are currently functioning. Many shallow, open wells are scattered throughout the town and in individual household compounds. Several small rivers crisscross the region and are mainly used for laundry and bathing though during the dry season unfiltered, river water is consumed.

Several Togolese NGOs have had various projects in the areas of school construction, youth development, HIV and STD prevention, school violence and gender equity. There is currently a Peace Corps health volunteer at the site. The original Goubi health clinic, a small, simple 4-room banco building was built in 1988 by the community. A larger cement brick structure was constructed in 1995 as a gift from a local government official along with a shallow, covered well operated with a manual pump. There is no municipal electric power; solar lighting is available in the maternity room only, and the refrigerator is powered by gas. 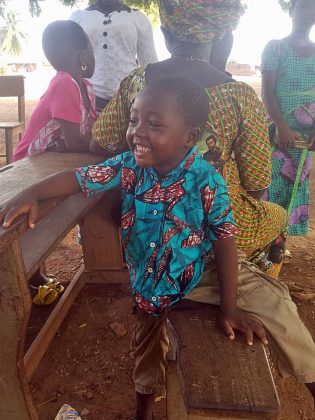 mon ailments treated are malaria, gastro-intestinal, and trichomonas, a sexually transmitted disease. HIV infection is prevalent.  However, people are reluctant to be treated or tested so accurate estimates are lacking. The number of births averages 20 a month which is a very small birth rate given the size of the population. The lack of power and running water may be a deterrent as the patients themselves and the female relatives are required to provide their own water.

Problem Addressed
Recently, the main clinic building was plumbed to receive water from the municipal system hence the interior is also plumbed for running water. The municipal system is considered “relatively” potable however when water is lacking, the shallow open wells including the clinic well are unpotable. The staff and patients then resort to using the open well which requires treatment with bleach. Water used for cleaning surfaces is generally unsanitary. The lack of running water is particularly onerous for women giving birth as the female relatives are required to haul water during and post-birth for cleaning of the maternity room, utensils, and birthing cloth. 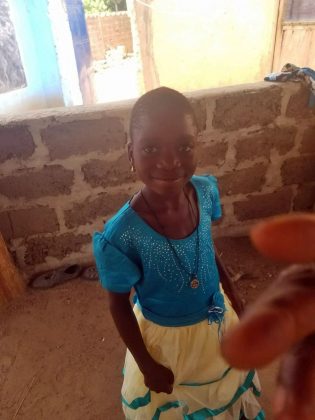 This project is to build a borehole well for the clinic. Under the guidance of the Department of Hydraulics and Sanitation’s regional office in Sokode and with support from the Ministry of Health regional director, who identified clinics with the most critical need, and a local drilling company, this project proposes to drill a 60- to 100-meter borehole well at the clinic, equipped with the following:

The submersible pump will be run using a gas-powered generator as there is currently no electric power in the community. The local drilling company selected, Plomberie Génerale de Réalisation de Forage, in operation since 1998 and based in Tchamba, has extensive experience drilling deep borehole wells throughout Togo and regionally in Burkina Faso, Benin, and Nigeria.

Project Impact
Number of people affected by the project: 11,200 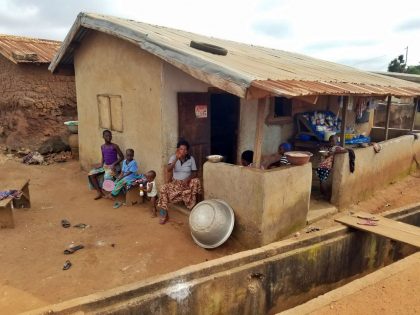 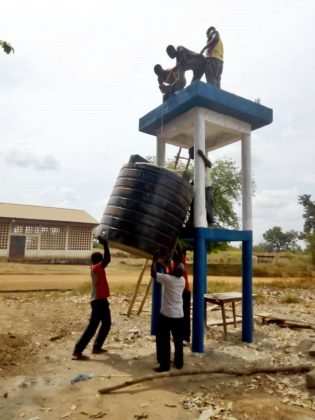 The purpose of the borehole water system project at the Goubi health clinic was to address both a shortage of a year-round water supply and unpotable water quality to both the clinic and the surrounding neighborhoods, to oversee the repair of indoor plumbing to both of the health center buildings (the maternity building and the general patient building), and to address the lack of a hygienic disposal of afterbirth blood and tissue.

The well at Goubi Clinic was drilled to a depth of 60 meters and produced an average water yield of 16,000 liters/hour. Water samples from both the borehole well and the original clinic well were taken and sent to the Regional laboratory in Sokodé, the regional capital, for a complete microbial and inorganic compound analysis. The results of this analysis indicate zero presence of any of the disease-causing bacteria tested (E Coli, Salmonella, Fecal Streptococci, Enterococci, and a general category of thermotolerant Coliforms) in the new borehole well. This is in sharp contrast to the water samples from the existing open well tested elsewhere in the region where all classes of the above-listed bacteria were present and often in concentrations in the 100’s of counts per milliliter, well above the World Health Organization recommended standards.

Numerous visits were made during the well installation by the Water Charity Coordinator and the government hydrologist to ensure the clinic and community leaders understood the responsibilities associated with maintaining and ensuring a sustainable water supply. A final visit by the Regional Director of hydraulics insured the borehole well and the associated delivery system met all the driller’s contract requirements and functionality.

An official technical opening concluded the project with a presentation by the driller on the borehole well components, brief discourses by the Department of Hydraulics Regional Director, village leaders, the Water Charity coordinator, and representatives from the regional ministry of health. Goubi was well represented by all sectors of the community including village elders, religious leaders, children, community development members, and members of the general population. As the representative for Water Charity and its donors, the Coordinator reinforced previously discussed themes of maintenance and upkeep through the active participation of a community water committee and a clinic repair account, to manage public access to the well in a non-disruptive manner to the clinic staff and patients, and most importantly to take responsible ownership of this valuable resource. 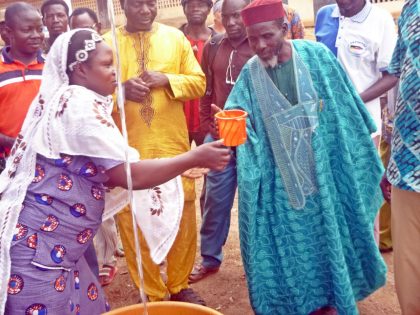 The Goubi clinic serves a population of approximately 12,000 people, including the neighboring villages, who will directly benefit from a more hygienic health clinic.  While clearly not all 12,000 people will be accessing the well water for personal consumption, the community development liaison estimated perhaps as many as 5,000 inhabitants will utilize the well. The clinic anticipates seeing a rise in births as there is now running water and female relatives are no longer obliged to fetch water for the patient in addition to an overall improvement in hygiene. The clinic staff will use access to potable water to encourage better overall hygiene as most of the disease-causing bacteria in the community water sources were due to fecal transmission by both animals and humans. The clinic staff will be better protected against blood-borne diseases as after birth material (blood and tissue) will be disposed of in a rapid and efficient manner, significantly reducing exposure. 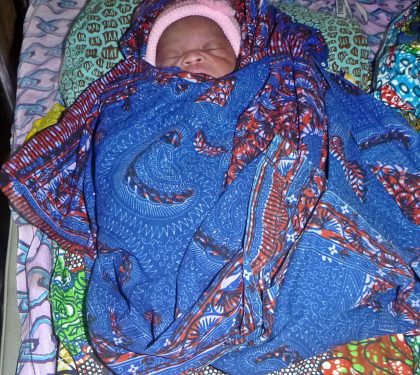 e Regional Director of the Department of Hydraulics stated in his technical report: “The Goubi health clinic borehole well water system has fully succeeded in meeting both the local and national objectives for potable water. The Department of Hydraulics, the Ministry of Health and staff at each rural health clinic served by this project have repeatedly been astounded at the expediency with which funding was made available thus allowing work to begin within weeks of submitting the project request. Thank you, donors and Water Charity! The efficiency of work that followed was due in large part to the incredible efficiency, planning, and hard work by the local drilling company’s crew. The Regional Director and the hydrogeologist at the Department of Hydraulics and Water in Sokodé also contributed their time, vehicle and expertise to ensure all technical aspects of the project conformed to modern standards and have assured their continued presence as the borehole wells are now part of the national water database and monitoring program. This last point is critical to continue to future success as most water projects in Togo are implemented without government oversight leading to a myriad of problems none the least being poor technical implementation and little to no continued oversight.​

The Goubi project was implemented in concert with five other health center water system projects, scattered over two districts, all of which were completed on schedule. The community of Goubi offers its sincere thanks and gratitude to the donor(s) for this valuable water resource. As they say here “ l’eau est la vie”. Water is life, and the cleaner the water the longer and more satisfying life will be! Un grand merci!