San Lorenzo is a small community roughly a 45-minute walk from the Urban Center of Patzicia. The members of the community primarily earn their living through agriculture, as much of Patzicia and its surrounding countryside are used as farmland. Community members cultivate a variety of crops, including beans, corn, and a variety of vegetables both for weekly sale in the town market and for exportation.

Escuela Oficial Rural Mixta San Lorenzo is a school in San Lorenzo that serves the 30 families living in the community and their children. There are roughly 70 students, although the number has increased dramatically in the past 2 years and promises to do so further in the future. 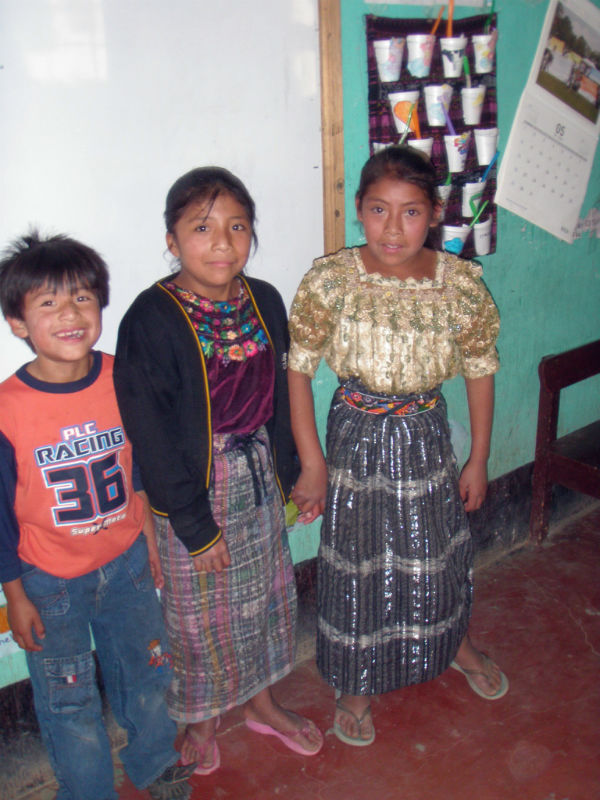 The school has been involved in the Healthy Schools program with Peace Corps for two years now, and has made drastic improvements in the health of the children. All children now are practicing healthy habits such as brushing their teeth and washing their hands on a daily basis, and many have taken this practice to their homes, further impacting the community through influencing their families. They’ve seen drastic changes in the cleanliness and health of the students, even to the extent that children practice these habits second nature and no longer need to be reminded to do so. Teachers also began giving 2 health lessons a week to their classes.

As the school has no manner for storing the water, they have taken to asking the mothers of the community to transport water from their houses in large buckets to use for cooking and hand washing. It makes the practice of healthy habits very difficult in the school as they cannot transport enough water for all the students.

Project Description
The project that the school of San Lorenzo will complete is a holding tank with faucets. The tank will be ample enough to hold 2000 L of water, ensuring sufficient clean water for practicing healthy habits in the school and for cooking the school snack, so that the mothers do not have to use their precious supply of water in the school. This will further ensure that children will be able to practice healthy habits in the home as the families will be able to save the water they have.

The structure will be constructed with cement using a design previously used in several schools throughout Patzicia and using a skilled mason who already has much experience building the design. The cement water deposit will be surrounded by 8 metal faucets to be used by the children for the daily practice of healthy habits. 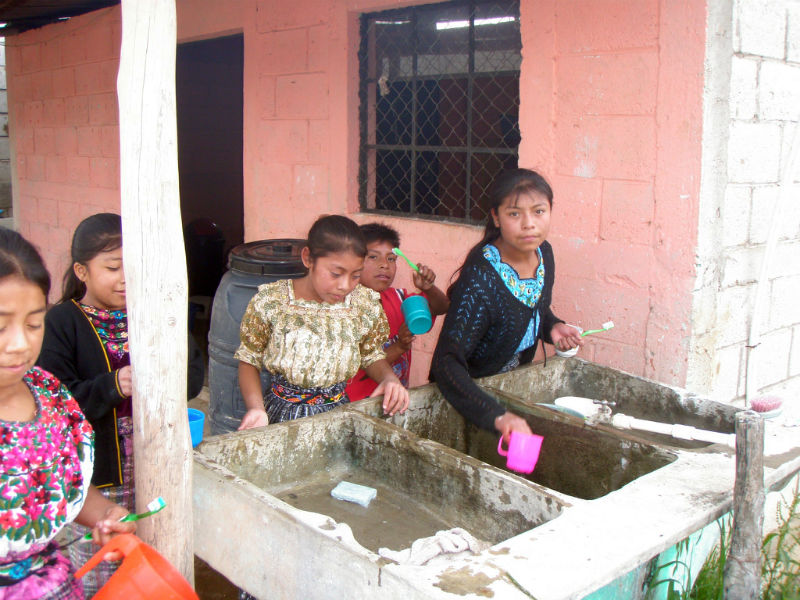 The structure will take up a space of roughly 3 meters x 3 meters, and have a height of roughly 2 meters, with an opening for periodic cleaning.

Project funds will be used to buy materials such as cement, tubing, metal, sand, wood for the foundation, and various accessories for the faucets.

The Mayor’s Office will pay for the work of the skilled mason and also the cost of the gravel.

The community will contribute unskilled manual labor to the mason and will also contribute with small amounts of materials that can be found within the community, specifically rocks for building the foundation and small amounts of sand that can be found in the river running through town. The remainder of the materials will be purchased from a local hardware store in the urban center of Patzicia.

Project Impact
This project will benefit the 70+ students and 4 teachers that use the school, as well as the 30 families in the community that often use the space for events and community meetings.

Comments
This project uses the appropriate technology to make water available for cooking, sanitation, and hygiene during the dry season.

Dollar Amount Needed
$0.00 – This project was fully funded through the generosity of the Elmo Foundation. However, before the project could be implemented, Abigail had to leave Guatemala. Subsequently, the project was completed by the municipality. Therefore, these funds are being allocated to another project in Guatemala.