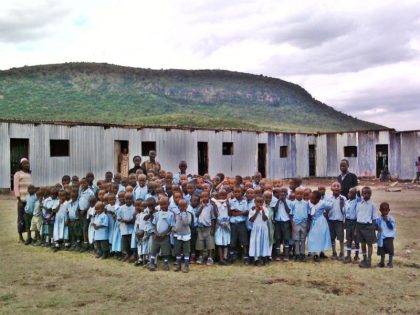 Community Description
Oloolaimutia is generally a very impoverished community. It is situated in a very remote, rural region of Kenya near the border of Tanzania and the southeast border of the Maasai Mara National Reserve.

Finally, there is a moderate proportion of the population (both Maasai and non-Maasai) that derive their incomes mainly from tourism, as the village of Oloolaimutia is located at a gate of the Maasai Mara National Reserve and receives tourists on a semi-regular basis. 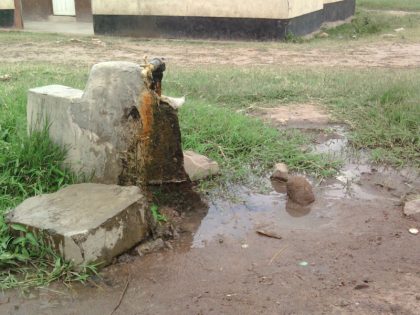 In Oloolaimutia there is one government office (consisting of two rooms) and one police building located in the town center. There is also the Narok County Council Facility located just inside the national reserve near the gate.

In terms of education, there are two schools, a public school and the recently constructed primary school, Mara Shiners Academy.

As the village is located in a semi-arid climate, the presence of water is scarce. The only water taps located within the town center, of which there are four, are fed from a protected spring high in the hills.
Of the four taps, two are private (one located at a cultural village for tourists, the other at another tourist stop in town) and two are public (the one located at Enkitoria Community Dispensary and another located near there, which was installed by Enkitoria Community Dispensary and is operated and maintained by the community itself). For the people living in the town center the entirety of their water comes from these two public taps. 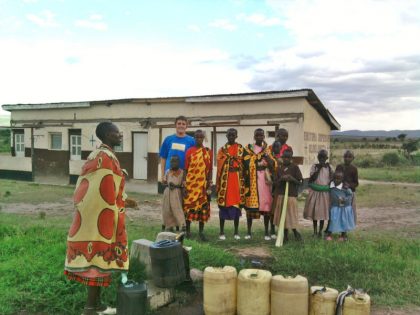 For the population living outside the town center, their water comes from two sources. The first source is seasonal rivers and streams. During the rainy season, it is possible for people to get all the water they need from these, and for a couple of months after the rains stop it is possible to find water by digging into the river and stream beds. Outside of the rainy season and those few months, however, people must walk, often many kilometers, to the town center to get water from the two taps.

There are currently five health centers operating in the town center, one of which is Enkitoria Community Dispensary. It is important to note that Enkitoria is the only non-private, community institution and is responsible for the vaccinations of children under five and the vast majority of the care of pregnant mothers that occurs in the community.

In general, most of what the health centers in Oloolaimutia treat are upper respiratory infections, common colds, burns, and wound infections. They also see and treat on occasion tuberculosis, malaria (seasonally), typhoid, and fungal infections. Much of what is seen can be attributed to unclean water and the lack of healthy hygiene practices.

The current tap at Enkitoria Community Dispensary has been in place for 10 years and has recently undergone damage from heavy use. Only minimal repairs have been done during this period. Currently, the damage results in heavy water leakage and the tap will have to be shut down unless repairs are made.

Mara Shiners Academy currently has no water source for students or teachers to clean their hands after using the toilet.

To repair the Enkitoria Community Dispensary tap, some of the old concrete will be removed, a new pipe will be fitted and new concrete will be placed around the pipes. While the old concrete is removed and the pipes of the Enkitoria Community Dispensary tap are exposed a T-pipe will be fitted. From this T, pipes will be run approximately 60 meters to the Mara Shiners Academy. At Mara Shiners Academy, a new tap will be constructed with a concrete wash basin (essentially a sink).

The work will be done by the builder who constructed the Mara Shiners Academy. He has over ten years of experience and has proven, having done many constructions and water-related jobs in the area, that he is reliable and fair.

The project will be managed by the Peace Corps Volunteer, and his supervisor (who is responsible for starting the Enkitoria Community Dispensary, its water tap, and the other public water tap in town). They have also sought ideas and advice from the boards of directors for both the Enkitoria Community Dispensary and the Mara Shiners Academy in regard to this project.

In addition, by constructing a tap at Mara Shiners Academy, a total of 137 students and seven teachers will be benefiting.

Comments
This project is needed to ensure that a crucial water source remains operational and that the school has water for its hygiene needs.

$0.00 – This project has been fully funded, through the generosity of The Soneva SLOW LIFE Trust as a part of their Clean Water Projects initiative, together with friends and family of Peace Corps Volunteer Porter Nellans.

We encourage others to continue to donate using the Donate button below, and we will notify Porter of your donation. Additional funds will be used to fund the next project by Porter and/or those other PCVs in the country of service.