It is the fifth project in our Ethiopia Well Rehab Program 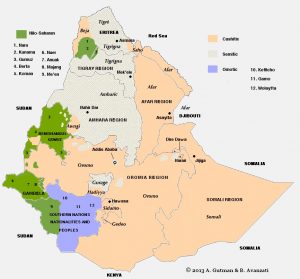 Community Description
The Buku Wolda Kebele (district) is in the region of West Arsi in Ethiopia.  This is a remote area, and the people are primarily subsistence farmers and shepherds.  Water is a major hardship in, not only this village but the entire region.

Alemba da Town is populated by members of the Arsi tribe (formerly known as the Arussi), one of over 200 “people groups” belonging to the largest tribe in Ethiopia called the Oromo.  This is also the name of the local language, though people here speak the Arsi dialect of Oromo.  There have been occasional conflicts between the ruling, Amharic speaking, people of Ethiopia, and the Oromo due to differences in language, culture, and religion.

The local authority of the Arsi tribe—the Gadaa system—is very strong, historically speaking, but has not been allowed to be practiced under various ruling governments. Under the Gadaa system, the power to administer the affairs of the tribe and to make laws belong to the people. Many representatives come together to make decisions and to create a “check and balance” in their system of rule.

Problem Addressed
There is a deep, 91 meter well (nearly 300 feet) in the village that has not worked in over 2 years.  It is in need of parts, deepening, and a deep well Indian Mark III pump to restore access to clean drinking water.  The villagers had been happy with the water, its general quality, and taste, so the restoration of the well is the main problem facing the village. 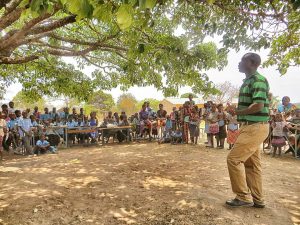 Project Description
This project will repair the village well, install a new pump, and train local workers in proper maintenance, care and repair for the well.

The pump system is the India Mark III, which is somewhat less ubiquitous in Africa than the India Mark II, as it is designed for deeper wells.  There are concerns about the India pumps, and a number of newer designs exist that boast longer lifespans, and potentially easier repairs. Nonetheless, it will still be easy for the villagers to find parts and service for this model of pump, as opposed to some other systems that might have some advantages over the India Mark line, but would be much harder to fix should something go wrong.

In concert with WiLI (Water is Life International), Water Charity will mobilize a team of workers who specialize in well rehabilitation and return to the village a functioning and sustainable well for their water needs.

As with all of these projects under the program, the project will be overseen by a local Water Use Committee (WUC), and a local Sustainable Living Group (SLG) that have already been formed for this express purpose.  Having the local community take responsibility for the well project, and raise a small amount of money for its maintenance, will ensure that the well is sustainable and that the villagers themselves will be able to keep it operational. 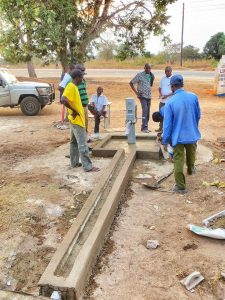 About 650 villagers will benefit from this project to restore a clean, reliable water source.

Monitoring and Maintenance
The villagers themselves will monitor and maintain the well via their WUC, and they will have the ability to get more help if the need should arise.  WiLI staff pays regular visits to the village and will be very quick to notice if the well becomes non-functioning.

Comments
As mentioned above, this project is part of our ongoing Ethiopia Well Rehab Program. This program will do deep well rehabilitation, shallow well construction, and comprehensive training for a number of villages… starting with the current 6 in the West Arsi region of Ethiopia.

The project to do the Alemba da Town well was found not feasible and was replaced with a similar one in Wondo Lemeche, which has been completed.  To see the results, CLICK HERE.