The project was to drill a new well at the Doul Sala Primary School.

The well was completed in two days, but some small work still remains. It is functioning well and is currently in use, which also means the bathrooms are finally being used. The students are using them regularly.

The construction began on the same day as all the purchases. The well drillers arrived in the morning and were greeted with a breakfast by the faculty. Soon after that, the drilling began. The entire faculty and some students were present to help with the construction. They were needed to help carry mud and water to and from the site. 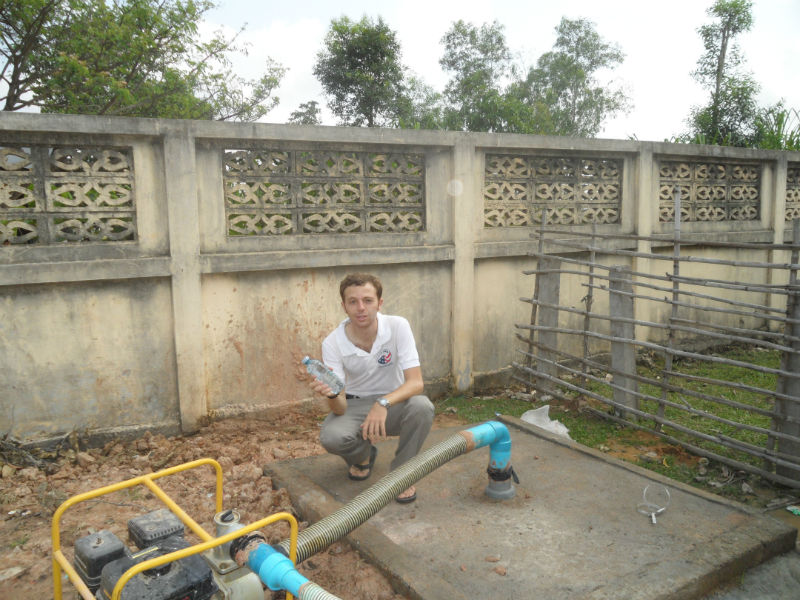 I went to Svay Rieng Town in the morning with the School Director to purchase the pump after the drilling began. I demanded to be present for all purchases to be sure the money was not being stolen or misused.

The drilling lasted all day and reached 45 meters, which wasn’t my target depth, but it was acceptable. I paid the drillers after they placed the pipes and poured cement. The following day the faculty and I purchased and poured more cement. We connected the pump and started pumping water out of the well and within a few minutes, it was functional. I took a bottle for testing and went to Phnom Penh the next day. It was acceptable.

The well is currently functional and the money raised was spent well. The majority of the money was spent on the pump, with the rest being used to pay for the drillers and cement.

Unfortunately the well and pump housing have yet to be done and unfortunately Khmer New Year this month and the planting of the rice in May have slowed things down.

We are grateful to Christopher for completing this project, and look forward to helping with his future efforts. We again wish to thank Christopher’s friends and family who contributed the funds that make projects like this possible. 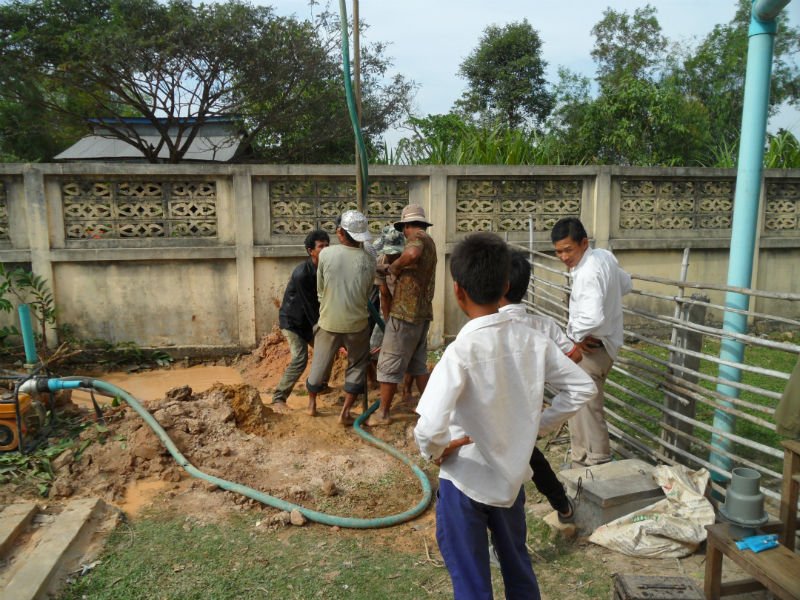 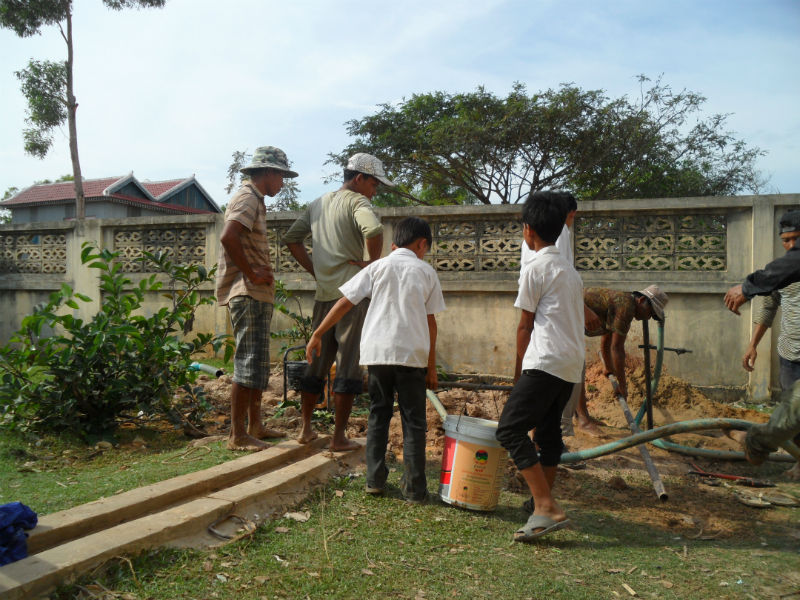