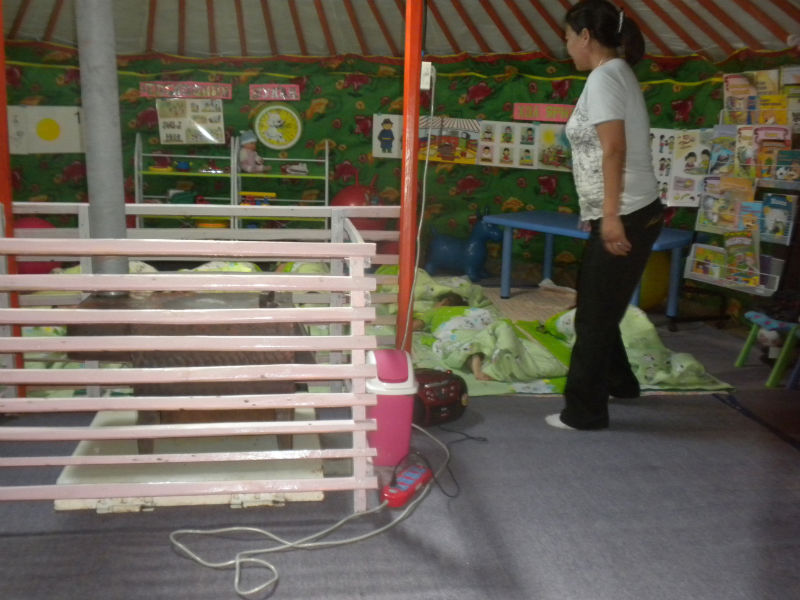 Choibalsan is the aimag center (provincial capital) of Dornod, the easternmost province of Mongolia. Choibalsan is 664 kilometers east of the Mongolian national

Division 5 is situated in an abandoned Soviet military base nine kilometers outside of Choibalsan. It was a Russian military base until the collapse of the Soviet Union. When the Russian forces withdrew, they left behind several brick and concrete buildings that have since mostly collapsed due to neglect, looting, and the ravages of Mongolian weather.

This past year there was a Dzud, an abnormal weather phenomenon characterized by a dry summer followed by a particularly cold winter, and known for obliterating Mongolian herders’ livestock. The Mongolian government and U.N. declared a state of emergency and the government estimates that as many as 4 million heads of livestock were killed.

About 250 herders, many of whom had lost all of their livestock, were driven to occupy the abandoned buildings of Division 5. Many of the buildings lack windows or roofs, and admirable community efforts have been made to purchase “gers” (yurts) before the winter sets in. For example, an extended family of nine will now be contentedly living in one ger.

The resolve and work ethic of this group is astounding. This summer they set up a community gardening collective, and are actively developing chicken and pig-farming schemes for income this winter. The pit for their winter-proofed, partially-subterranean chicken greenhouse/coop has already been dug and is advancing rapidly.

As the students of the community must walk the nine kilometers into Choibalsan to stay in dormitories through the week, Division 5’s children did not until last month have the opportunity to attend kindergarten. The community members, with the help of an Australian VSO volunteer, acquired two gers in August and built a fully-functioning, credentialed, and staffed kindergarten out of them. 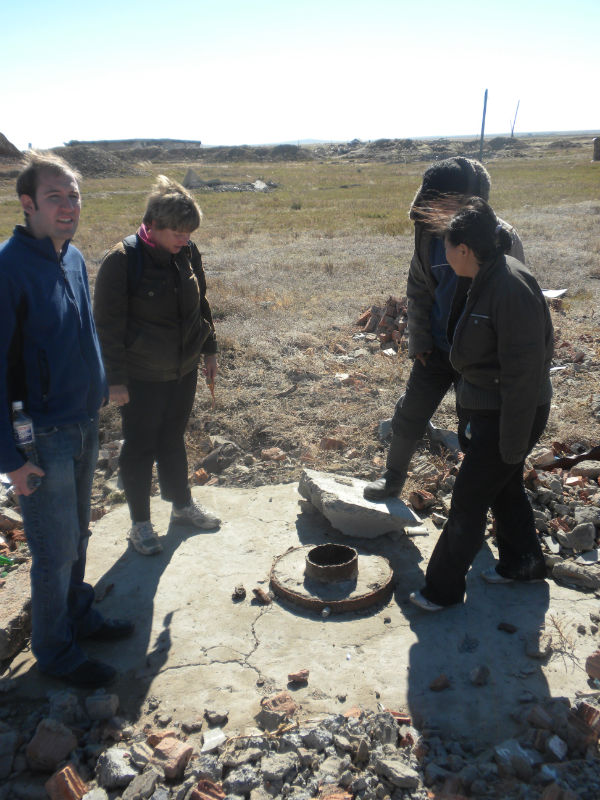 Division 5 currently has two sources of water. One is a privately-owned, hand-drawn well that will not be deep enough to avoid freezing solid this winter in temperatures that frequently plunge below -30C. The other is a river, roughly one kilometer away, from which ice will need to be hacked with a pick and then melted by cooking stove fires.

Before they left, the Russians drilled an extremely deep well that is lined with still-intact piping. It is right in the middle of Division 5, mere meters from the kindergarten, the community garden, and the new chicken pit.

The abandoned well has been examined by local water authorities, who have determined that it only needs to be re-bored of the sludge that has accumulated over the past two decades, and will not freeze during the winter.

Project Description
This project is to refurbish the existing deep well to provide water to the families of Division 5 and for the kindergarten.

Project funds will be used to rent the boring equipment and pay for the labor of the technicians.

A fully functional electric pump has already been donated by an Australian farmer. The resourceful people of Division 5, who have already built most of the furniture for the new kindergarten, will volunteer their labor to build a small pumping house to protect the pump mechanism from the winter cold.

This well will greatly ease the burden of the teacher and cook who administrate the kindergarten, and will also enhance the irrigation abilities of the gardening collective.

Project Impact
250 people will immediately benefit from the project. However, it is expected that another harsh winter will drive even more herding families into Division 5, thus increasing the number served.

Comments
The remediation of an existing deep well is the most cost-effective method of bringing water to this population in need. The project arose from and is being forwarded by a strong community organization.

The well will have the capacity to provide for the needs of the community during its period of expected growth.

Dollar Amount Needed
$0.00 – This project has been fully funded through the extreme generosity of Mr. and Mrs. Robert Figlock, Sr., Monterey, CA, USA.

We encourage others to continue to donate using the Donate button below, and we will notify PCV Bob Figlock of your donation. Additional funds will be used to fund the next project by Bob and/or those of other PCVs in Mongolia.