Community Description
Diamaguene is a village of 700 people of mixed ethnic groups, all living in harmony according to the bold statement made when their village was named: ‘Diamaguene’ means ‘Peace is better.’ 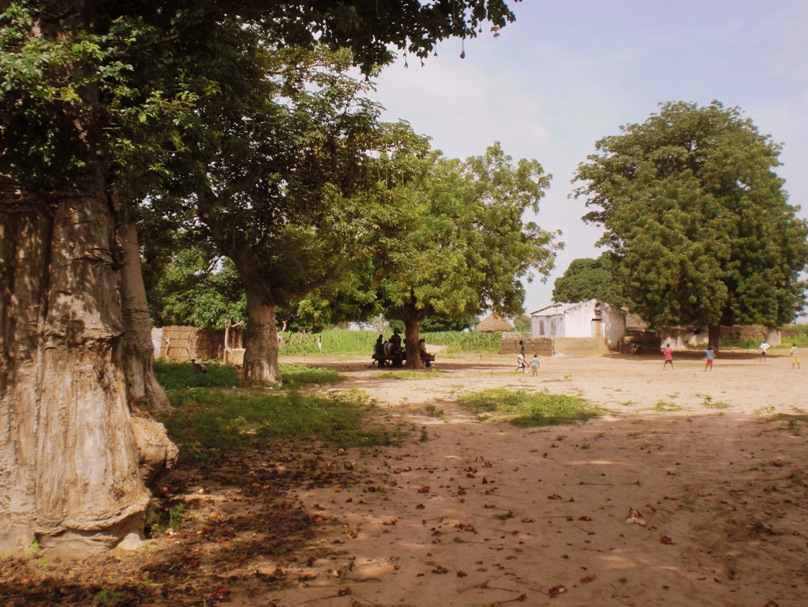 Ethnic groups represented are Sereer, Wolof, Pulaar, Bambara, Jola, and Cosse. Diamaguene is divided into 4 neighborhoods separated by a few kilometers, all under the leadership of one chief, Ibrahima Ndiaye.

One of the main problems holding back the people of Diamaguene from living healthy lives is the lack of access to latrines, and the lack of money to build them. Of the approximately 700 people who live in the village throughout the year, only 50 of them have direct access to a sanitary method of disposing of waste. The other 650 people walk to the fields every day to eliminate waste — the same fields that they grow their crops in, that their children play in, and the same fields which the rains wash through and bring human waste back into family compounds during the rainy season.

The people of Diamaguene know that this is a problem, that constant exposure to human waste is significantly detrimental to their health and shortens life expectancy. They hate it, they are ashamed of it, but they do not have the resources to resolve it.

Project Description
This project is to build 16 latrines in the 4 separate neighborhoods of the village. The latrines will be strategically placed between two or three households for convenient use.

A simple, 2-meter deep and 1.5-meter wide cylindrical hole will be dug and lined with cement, and a cement cap will be laid on top of the hole, following the ‘direct-latrine’ type — in essence a small hole in a slab of cement over a larger hole that will take many years to fill up.

The proximity to the river delta (approximately .5 kilometers away) requires the inside of the latrines to be cement-lined for stability.

A properly-laid cement cap will outlast the hole it is placed over, and can be used many years down the road to cover a newly-dug and lined latrine. 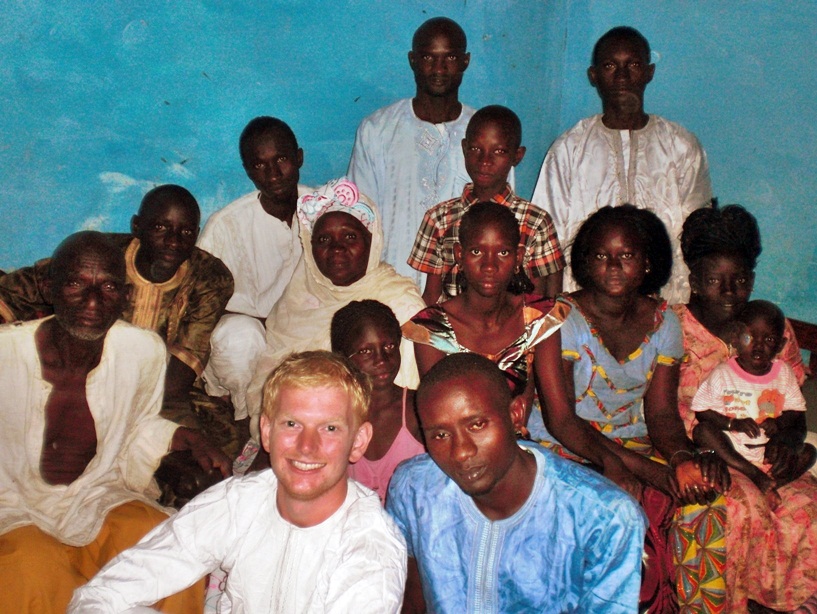 The latrine will be enclosed by the customary millet-stalk fencing for privacy.

The community will provide the other three required materials: two large containers of rocks, several containers of sand to mix with the cement. Most importantly, all of the labor will be donated by several masons and the young men of each household. They will also transport all the materials on their own donkey carts.

Under the direction of the Association of the Young People of Diamaguene, it is estimated that 3 to 4 latrines can be built per week, making the project last one month from start to finish, completed before the beginning of the rainy season in mid-June.

Comments
This project will provide needed sanitation facilities for a community of limited means and lacking in infrastructure. It uses the appropriate technology, and is undertaken to be sustainable.

Dollar Amount Needed
$0.00 – This project has been fully funded through the generosity Dennis McIntosh of Newberg, OR, USA, in honor of Peace Corps Volunteer Clint Robert Niehus.

We encourage others to continue to donate using the Donate button below, and we will notify Clint of your donation. Additional funds will be used to fund the next project by Clint and/or those of other PCVs in the country of service.