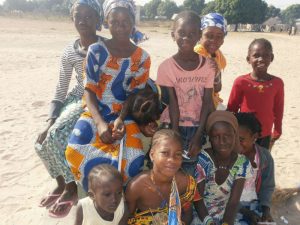 Community Description
Dassalami Soce was founded by Ousmane Ndiaye in 1920 where he established himself with his family to make use of the land’s fertile soil for agriculture and due to his belief that the soil would contribute to the rapid growth of the village.

The community is nestled in the Fatick region near Toubacouta, near the mangroves of the Saloum. Dassalami accounts for 826 Muslim habitants of the following ethnicities: Mandinkas, Sereers, Peuls, Toucouleurs, Bambaras and Diolas. The Mandinkas are the predominant ethnic group in the community. The principal activities in the village are agriculture during the rainy season and the selling of cashew nuts during the dry season. Throughout the year, there are various activities programmed by 6 women’s and men’s associations.

Problem Addressed
The lack of access to improved latrines is a serious health hazard in many households and in the two schools in the community. There are several impoverished families whose subsistence needs leave them unable to save enough money to construct their own latrines, with entire families simply using the unsanitary practice of running behind their houses to defecate on the ground, or to the house of the closest neighbor with a latrine. 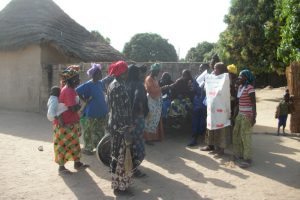 Project Description
As part of an overall program to build 100 latrines in the community, this project will result in the completion of 15 latrines.

The latrines will be of a technology called Latrine Ventilee a Double Fosse. The characteristics of these latrines make them last for longer periods of time, and significantly reduce flies, pathogens, and odors.

VIP latrines are better than traditional latrines in that they are more sanitary and easier to clean, are more enclosed for security reasons, and are less likely to collapse. They also have high-quality manufacturing for longer life span, and they eliminate environmental impact on the local water supply.

The latrines require little space and provide privacy to the families. Each latrine pit will be 2.50 m deep and 3.50 m wide and will be cement lined.

This project is being overseen by Ben Ndiaye, who has experience working with development organizations and is well-respected within the community, and Allassane Ndiaye, the health agent of the health hut in Dassalami Soce. 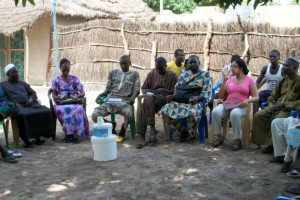 A skilled mason has been chosen to build the latrines.

Water Charity funds will be used to purchase materials, including cement and rebar, attachment wire, and metal rods, as well as to pay for the work of the mason to create bricks and platforms for each latrine.

The community will provide the water and sand used by the mason. Each household receiving a latrine will contribute the equivalent of $3 towards the mason’s fee.

In addition, participating families will provide the labor to dig the pit latrine holes, obtain the soil for bricks and platforms, and provide water throughout the entire process.

A care group model has been established in which about 10 volunteers are trained in hygiene and sanitation issues, including latrine maintenance. They will be responsible for passing on this information to the rest of the community.

Project Impact
The overall program will eventually benefit more than 1,240 habitats in 403 households and 300 students.

In addition, the community hosts a daara Islamic school six out of seven days of the week in both the mornings and the evenings, bringing an additional 80 students in the community who will indirectly benefit from the construction of the latrines.

The 15 latrines built under this project will serve approximately 200 people.

Comments
The overall program is an important step to lead the community toward latrine compliance, and this project plays a significant part. It will have widespread health benefits in the reduction of illness.

Conclusion
This project became infeasible and was not implemented. There was no expenditure of funds.