Community Description
Dankunku, a predominantly ethnic Mandinka village, is the center of Niamina Dankunku District, and located 10 km off the Trans-Gambia South Bank Highway in the Central River Region, The Gambia. The population is comprised of roughly 2,000 residents coming from 140 or so compounds. Mostly subsistence farmers, in the rainy season residents grow coos, groundnuts, and rice. However, because of poor dike management and torrential rains, much of last year’s rice harvest was lost. 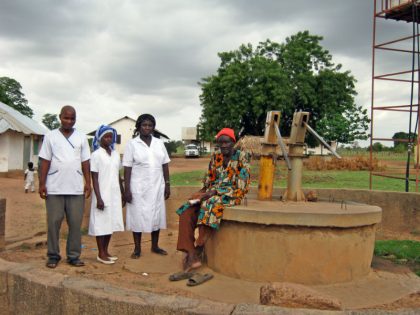 With most of the populace making less than $1 USD per day per capita, only a few compounds can afford to run generators for electricity, and only a handful have solar-powered lights. A lower basic cycle school offers education up to grade 9 for children in the area that come from up to 10 kilometers away, and the village’s health center serves 60 communities in the surrounding area with basic medical services. Five “bitiks” sell small consumer goods, like soap, cigarettes, and oil, and a few women make brisk business selling dried fish and seasonal vegetables. A much wider array of goods is available at weekly markets in nearby Jarreng and Bureng.

A solar borehole with 14 distribution taps was installed in 2007 as part of a rural water supply grant aid program from the Government of Japan. Each household contributes 30 dalasis (a little over $1) a month to pay for the upkeep of the system. However, many taps routinely leak or break altogether, and the pipes are corroding from the inside out.

Dependence on this solar borehole and distribution system over the years has allowed residents to overlook maintaining their handpumps and open wells. Out of Dankunku’s 9 handpumps, only 4 work, (7 need repairs, and 2 have had various parts stolen). Out of its open wells, only one still functions, primarily to water cattle from nearby Fula Kunda.

Should the solar borehole ever fail, there will be an acute water shortage. In addition, as a condition of receiving the borehole, residents are not officially permitted to use it for gardening or livestock purposes, although one group of women have informally started a dry season women’s garden and many others have personal home gardens. If more water were available on a yearly basis, garden production would likely skyrocket, giving a much needed source of income to local women.

Dankunku’s Health Center is also experiencing difficulties with water. Although it provides basic medical care and reproductive and child health services for the 2,000+ residents of its namesake, as well as more than 60 other villages in Niamina Dankunku and Niamina West Districts, it is not hooked up to the community’s water system.

The health center’s facilities are in dire need of repair. Its solar water system broke over a year ago, one handpump has been stolen, and another one, although working, is in need of repair. “Water is our biggest problem,” says community health nurse and midwife Ablie Jallow. “We need water in our clinic, especially our maternity ward. Without enough water, it’s difficult to wash our hands to curb infection, much less disinfect our instruments.” Currently, the health center uses water dispensed from the one remaining handpump. Servicing will allow the pump to deliver more water reliably.

Fula Kunda and Brikama Lefaya are traditional coos and groundnut (peanut) growing and cattle-rearing Fula communities that lie just outside of Dankunku proper. Because of their relatively small-size in relation to Dankunku (Fula Kunda has 460 people from 16 compounds, Lefaya has 39 from 3 compounds), Fula Kunda and Lefaya have largely been left out of development projects from which Dankunku has benefited in the past, such as savings and loan fund, a grain processing machine, a dairy, and a school wood lot. Fula Kunda has recently received a coos milling machine and fencing for a vegetable garden from the Community Driven Development Project (CDDP) Funds and The World Bank, but little else. 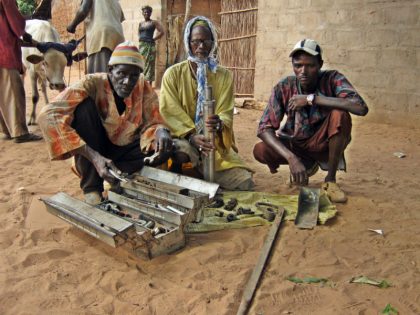 Both Fula Kunda and Lefaya are more proactive than Dankunku about development, with Lefaya taking the lead on developing a mango orchard, intercropping coos with cashews, demarcating a gmelina woodlot, and raising African mahogany seedlings for lumber down the line, improving soil fertility, and growing a live fence for gardening, in addition to experimenting with beekeeping. Fula Kunda is on its heels to play catch-up and there is talk about setting up a cashew and gmelina lot soon.

However, unlike Dankunku, Fula Kunda and Lefaya regrettably do not have solar boreholes, but rather depend on Mark II handpumps for their water needs. Fula Kunda’s 2 handpumps were installed by Gambia’s water resources department in 1994. Lefaya’s single pump was installed in 1999. Without proper servicing and replacement of movable parts, one of Fula Kunda’s pumps has broken, and the remaining one is dangerously loose on its mounting block (missing and old nuts and bolts). Lefaya’s pump was haphazardly repaired a few years back, but needs new parts for continued service.

The state of the pumps in Fula Kunda has caused much concern. As there is only one working pump there now, which gives a small amount of water, the pump is in constant use. Many women and girls have been going to nearby Dankunku, about a quarter of a kilometer, to fetch water since last year. However, Dankunku residents have demanded that Fula Kunda pay them to use their water system, and depending on its neighbor’s water source for future sustenance will only lead to greater conflicts over resource sharing for Fula Kunda.

Also, the preoccupation of Fula Kunda and Lefaya men with water for their livestock (hundreds of heads of cattle at Fula Kunda) is at odds with women and girl’s responsibilities of collecting water for domestic chores, cooking, and washing. The men get priority over the women, and for the Fula Kunda women, this can mean pumping late into the night after the cows have been watered.

Project Description
This project is to rehabilitate 4 Mark II handpumps in the Niamina Dankunku area: 1 at the Dankunku Health Center, 2 at Fula Kunda, and 1 at Brikama Lefaya.

All these Mark II handpumps were installed over 10 years ago and are in need of replacement parts. For all of them, handle bearings have broken and bolts are rusting and falling off. The Dankunku Health Center and Fula Kunda Mark II’s have German cylinders that need their rubber liner suction cups replaced (sold in repair kits) and new chains installed. Fula Kunda’s pumps need new handle axles as well. 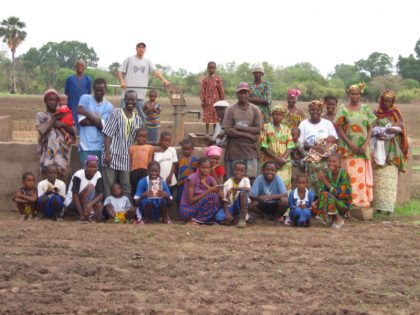 Appropriate Projects funds will be used to purchase the well parts, as well as miscellaneous parts, such as bolts and handle bearings, for quick fixes of other Mark II pumps in the area. If a repair kit is found for Lefaya’s Dutch Mark II pump cylinder, it will be purchased in lieu of the quick fix option. The state of Lefaya’s pump is not nearly as woeful as Fula Kunda’s.

All pumps have already been inspected by Saja Jadama, a Dankunku native, who was trained for 7 months as an area well mechanic by the German NGO GITEC in 1992. He will supervise and implement repairs. He has all the necessary tools to disassemble and assemble well components. Dankunku-based Peace Corps Volunteer Jeremy Mak will oversee the purchase and transport of spare parts from Banjul, Gambia’s capital, to site, as well as document receipts and all spending.

In addition, recipient communities will be involved in a series of meetings facilitated by the PCV to develop community-based strategies that aim to 1) educate locals on proper maintenance and care of pumps to prolong pump service life, 2) develop village water committees and village contribution-based funds so that communities can independently pay for future well repairs, 3) find apprentices to carry on Mr. Jadama’s repair work in the future (he is ageing), and 4) brainstorm ideas to address expanding water infrastructure needs (i.e. gardening, water storage, borehole).

Already Fula Kunda is organizing community contributions to repair a water collection trough for cattle that will receive water from the 2 pumps.

Project Impact
2,500 people (2,000+ in Dankunku, 460 in Fula Kunda, and 36 in Lefaya) will directly benefit, and more than 60 villages will indirectly benefit (from the rehabilitated pump at Dankunku health center) from the project.

Comments
This is a critical project for the villages, utilizing the most basic repairs to restore access to water. It is remarkably well-organized, and incorporates sustainability into its design.

$0.00 – This project has been fully funded, through the generosity of The Soneva SLOW LIFE Trust as a part of their Clean Water Projects initiative.

We encourage others to continue to donate using the Donate button below, and we will notify Peace Corps Volunteer Jeremy Mak of your donation. Additional funds will be used to fund the next project by Jeremy and/or those other PCVs in the country of service.