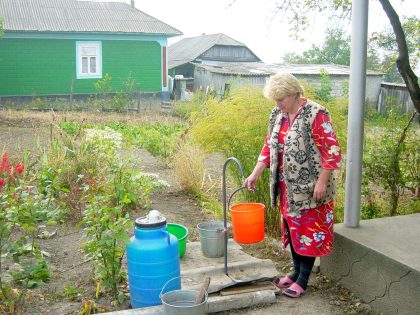 Community Description
Cotova is a village of approximately 4,000 residents located in Northern Moldova, about thirty kilometers from the Ukrainian border. This area experiences cold winters and mild, pleasant summers. Snow usually begins sometime in November, staying on the ground until at least late January.

Cotova is blessed with fertile, black land that is good for growing wheat, corn, sunflowers, and almost every temperate climate fruit and vegetables.

Unfortunately, like so much of Moldova, Cotova’s agricultural economy has failed to sustain its workforce, forcing nearly every family to have at least one person working abroad to help cover living costs at home.

Cotovans are a hard-working, self-reliant people who often build their own houses and grow and make nearly everything they consume. They grow and harvest wheat so that they can make homemade bread. They make their own sugar and vodka from the sugar beets they grow, and cooking oil from sunflower seeds. They work all summer to preserve fruits and vegetables so that they won’t need to buy food in the winter. 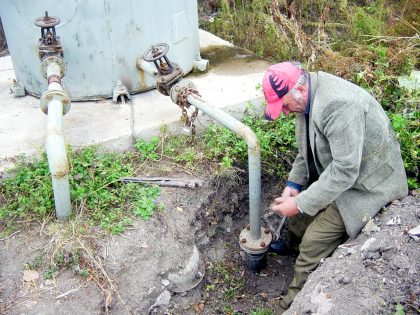 Project Description
This project will complete the water system for Cotova by purchasing and installing the final piping needed to reach the segments of the community that remain unserved.

Although the work to serve the rest of the community nears completion, unexpected costs and inflation have left the community organization unable to buy the remaining 300 meters of piping needed to bring water to the last 50 houses scheduled to receive water.

Project funds will be used for the materials and fuel costs for the tractors that will dig the canals for the pipes. Labor, as well as a portion of the fuel costs, will be provided by the beneficiary community.

Project Impact
This project will bring water to 50 households, or approximately 200 people, in the community. 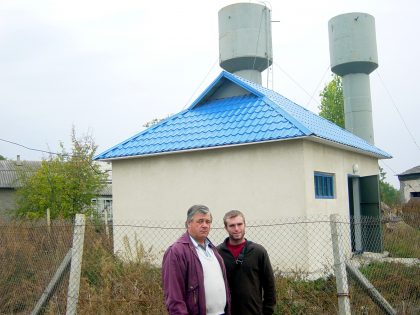 Comments
This project definitely fits within our objectives of “finishing” projects and providing the “last dollar”. It proves the value of being able to move quickly to get the money where it is needed before the weather makes the completion of the project infeasible until next year. It assists self-reliant people who find themselves in a poor financial conditions to gain the human right of safe water for their families.

Dollar Amount Needed
$0.00 – This project has been fully funded, through the generosity of Basil Englis, of Rome, GA, USA, and friends.

Any additional donations for this project will be used to fund the next project by Justin and/or those of his counterpart PCVs in Moldova.

This project has been completed. To read about the conclusion of the project, CLICK HERE.