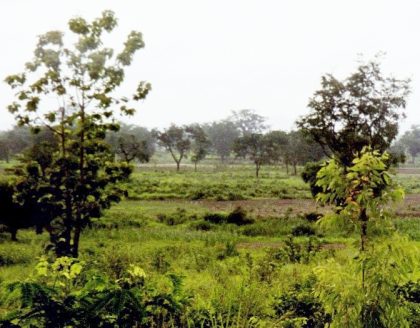 This project has been completed under the direction of Peace Corps Volunteer Sara Chace. To read about the beginning of the project, CLICK HERE.

This project was to augment awareness of the effects of lake pollution, motivate community members to reduce waste, and implement a plan to remediate the pollution and manage waste in the future.

The project was named “Village Popre” and was a small-scale waste management project. Activities included 3 workshops with each of the 6 villages, and a 3-month clean-up competition.

The overall purpose of the project was to reduce pollution entering into the lake from the community by improving waste management.

The first goal was to augment awareness about the effects of lake pollution and motivate the community members to reduce the prevalence of waste. Objectives included: 1) reduce presence of inorganic waste by 50% after a 4-month clean-up competition between 6 villages, and 2) inform 120 people about lake pollution and options for individual waste reduction before the end of the competition.

The second goal was to develop a basic, sustainable waste management system in the community. Objectives for this goal included: 1) organize a competition, and 2) enhance the capacity of the existing groups by 50% after month 4.

The goals of the project were met by the community. Prevalence of inorganic waste was drastically reduced by about 70%. Community cleaning groups met every week to consolidate and burn trash.

Presence of scattered litter on the streets and in public places was reduced from “very visible” to “not visible.”

Approximately 376 people were informed about lake pollution and ways to diminish pollution.

The cleaning groups met at least once a week, and sometimes twice, to clean up the trash in the public places and on the main road.

We are grateful to Sara for completing the project, and again wish to thank the Elmo Foundation for providing the funding.