This project, to build latrines at this school, has been completed under the direction of Peace Corps Volunteer Randi Rumbold.

Following is a summary of Randi’s report:

Thiara is a village of 1,000 people located on the National Road 44 kilometers east of Kolda, the regional capital.  A middle school was opened there in 2013, a major accomplishment as students had previously been required to travel at least 10 kilometers to attend middle school.  There are around 250 students at the school, 12 teachers, and a principal.  They also have a parents’ association to assist.  The volunteer began work with the middle school when she arrived in June 2013. 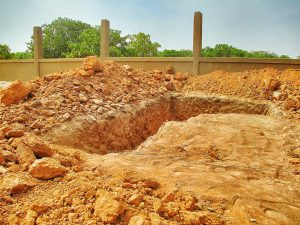 In October 2014 the secretary of the parents’ association of Thiara Middle School invited the Volunteer to the school prior to the beginning of the academic year.  He showed the Volunteer the state of the latrine, which had collapsed some time during the previous year.  The Volunteer had a follow-up meeting with the principal of the school once he had returned for the school year, and was informed that the latrine before that one had also collapsed.  He said there was just not enough money in the school budget to finance the construction of a proper latrine.

On the advice of another Volunteer, the Volunteer and the secretary attempted to contact the Mayor of the commune as it is under his office’s jurisdiction to ensure that there are proper water and latrine facilities at the schools.  Unfortunately, he was very difficult to get ahold of and did not seem concerned about the situation at the school.  This led to the Volunteer writing a Peace Corps grant application which led to Water Charity funding. 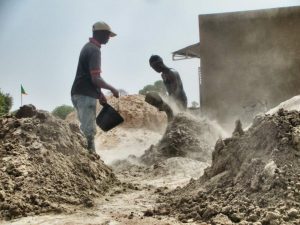 The secretary assisted in holding meetings with a set of teachers to discuss the issue, as well as a meeting with the mason to determine the budget and timeline for the project.  Closer to the time the funds were disbursed, the secretary also assisted in conducted a meeting with local parents to elucidate the ideas and the plans for the latrines.  He also discussed the community contribution with the parents at the meeting.

Construction began in May 2015.  The secretary assisted the volunteer in purchasing supplies for the project in the regional capital and arranging transport of the materials to Thiara.  He also stored the materials to ensure that they were being properly used rather than siphoned away for other projects.  Additionally, he helped to get an amount of sand and gravel donated to the project from the local construction company who had been working on other 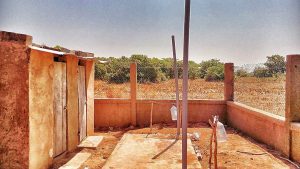 projects in the area.

The volunteer checked in with the mason every day to ensure that progress was being made.  Unfortunately, progress was slow as it was still hot season in May/June and the mason did not want to work in the afternoons due to the heat.  This meant that the school year ended before construction was completed in June 2015.

We would like to thank Randi once again for executing such a fine project. 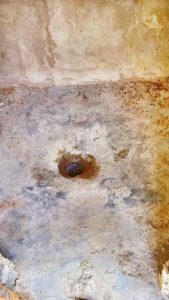 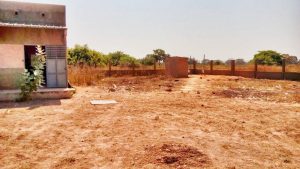