The project was to build 14 latrines in Thianguey.

My project is completed and I wanted to give an update. The received funds allowed us to complete the projected number of latrines. With the 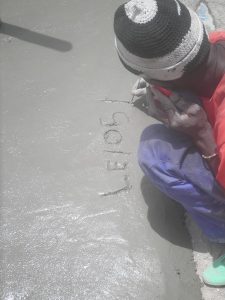 funds, I purchased the cement and rebar, then paid Wurey Camara, a truck owner from a neighboring village, to transport the materials.  The masons, previously trained, immediately began work, dividing into teams and covering the  (eventually) 16 latrines. The work went smoothly and quickly, and with the completion of these, the village moved closer to its goal of freedom from open-air defecation.

The enthusiasm for the latrine project in my village inspired some to start the process of fixing their old latrines, and also inspired some (formerly-nomadic) groups living just outside my village to begin digging. The project was a quick success, and will dramatically improve hygiene in the upcoming high-risk rainy season.

With the last latrines fenced in, the village will be having a party to celebrate the end of “yahugol baawo hogo — going behind the fence”, co-hosted by La Lumiere, a local hygiene promotion NGO.

Thank you so much for the ease and reliability of Water Charity. It was a real pleasure to work with a group that is so well organized and understanding of the tight schedules and varying situations of Peace Corps volunteers.

We are grateful to Cameron for completing this project and achieving results beyond the anticipated goal. 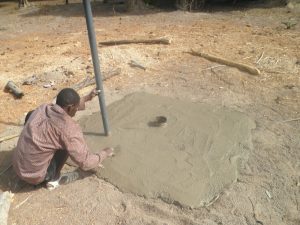 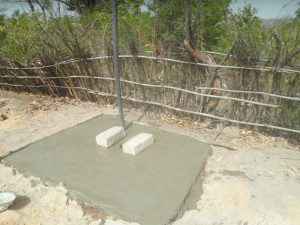