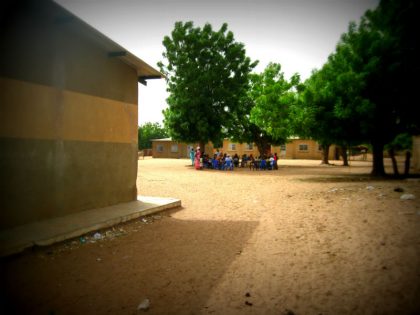 This project has been completed under the direction of Peace Corps Volunteer Aimee Constantineau. To read about the beginning of the project, CLICK HERE.

The project was to improve two active wells in the village and repair and upgrade another non-working well.

The project was initiated with a meeting between the Health & Hygiene Committee representative, the local metal worker, the local mason, and the PCV. It was determined after consultation that the third well was no longer viable, and as such the project goals shifted to two well covers, and the sealing off of the third.

Estimates were provided and work orders were placed with the metal worker for two well covers. Upon completion of the covers, the mason would provide the necessary labor to attach the covers and cement the surrounding area, in addition to sealing off the third well.

The covers were constructed in a four-part design. There are two semi-circles that split in half, enabling the women who use the well to lift the covers with greater ease. There is also a metal rod that is attached to the well covers so they can be propped up on the cement part of the well once opened. Attachments for locks were also included so the local compounds can secure the well when it is not in use, a standard practice.

Once this was completed, the mason cemented the well covers to the well structure. He then created a cement structure around each of the wells that is 1.5 m out from the well, and 15 cm high. This is to create a safer environment for the women when they are pulling water. The third well was sealed with cement.

The construction project was followed up with a series of educational causeries held by the local health workers and the PCV. These covered basic water and hygiene topics, such as water filtering, proper hand washing techniques, and avoidance of standing water. They were attended by the women of the village who utilize the two wells.

The village, and specifically those who pull water daily, are enthused by the project. They have begun utilizing fabric scraps to strain their water, they are organizing a project to clean the forage that provides their other source of water, and they are also working to collect enough money to construct new pulley supports for the wells.

We are grateful to Aimee for completing this project. It demonstrates that a small infusion of funds can motivate villagers to continue with projects for community improvement.

We again wish to thank Dragos Anghel for providing the funding. 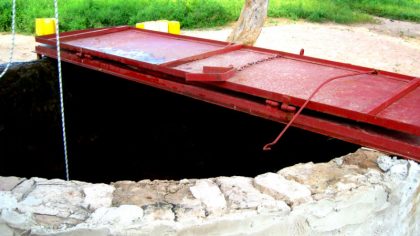 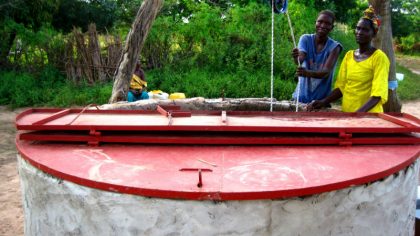