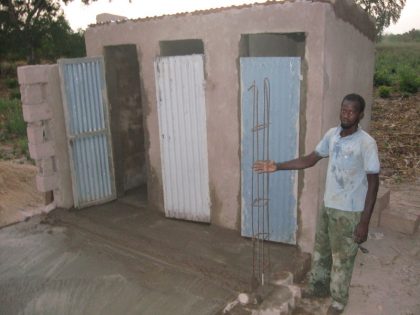 This project has been completed under the direction of Peace Corps Volunteer Spence Riggs. To read about the beginning of the project, CLICK HERE.

The project was to build a latrine facility at the primary school.

The execution of the Sukutto Primary School Latrines Project involved the participation of the entire community. Prior to receiving the funding, a Parent/Teacher meeting was held to discuss the possibility of a latrine project. I presented them with the funding that I could potentially provide them and the mason’s quote for the project, which was not completely covered by the funding requested.

After further discussion, we came to the conclusion that the community could contribute labor to dig the trench in addition to rocks and sand for making the bricks. With this done, the projected expenses of the project were all covered and we decided to go forward with the project. 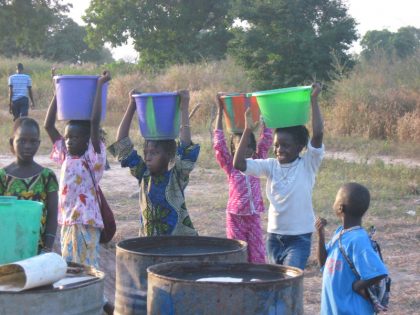 Once the funding was received, we began planning the work program in detail. This was slightly delayed by the celebration of Tabaski, but the following week we held our planning meeting. At this meeting, we broke the parents into four groups of 10 and gave them each responsibilities. One group was charged with transportation of rocks and sand while the other three rotated digging the trench over the course of three days.

However, at the end of three days, the trench had only reached half of the necessary depth and harvest work was piling up. At this point we called another meeting to discuss how to go about finishing the trench so the community contribution could be complete. At this meeting the population decided that they would dip into a collective savings account to pay the mason to finish the construction of the trench while allowing them to attend their fields. This completed the community contribution aspect of the project.

Additionally, the mason decided that he would like to help the community by offering his contribution as well. This came in the form of an additional stall. So instead of two stalls, there are three.

Spence reflects on the project, and how it was received:

I was very pleased to see that every time a problem was incurred that the community was able to solve it on their own. They never once came back to me looking for additional funding. They recognized that it was their project to improve their community and really took ownership of it.

All parties involved recognized the importance of participating in the project, saying that projects such as this serve to add value to the community and will ultimately move Africa forward.

A very positive experience for us all. Thanks again for your contribution. Know it is much appreciated.

We again wish to thank The Soneva SLOW LIFE Trust for providing the funding for the project. 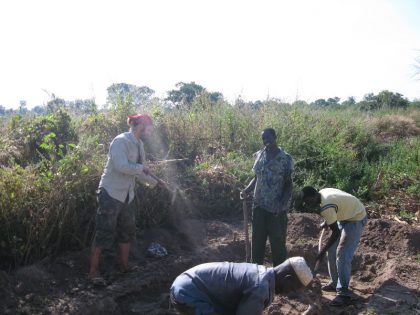 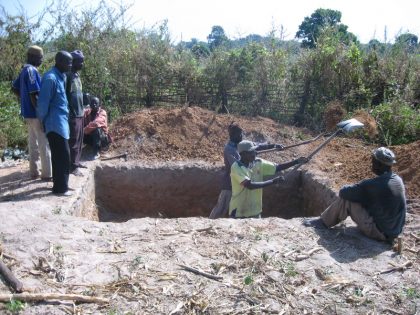