Part 1 of Phase 5 in the South Sudan Well Rehab Program The first 4 wells of 16!

As an ongoing part of our South Sudan Well Rehab Program, Water Charity and our South Sudanese partners in Water Is Basic took on another 16 village wells to repair for Phase V.

This phase of the program has been completed.  To read about the entire program, CLICK HERE.

Conclusion Report
There was no nearby communal water source for them to use. Many community members of Senjasiri use the YWAM well. Those that were closest to the main road fled during the conflict and those that we’re further into the bush continued to seek water at this well and had to travel a long distance and pay high fees when it fell into disrepair. The number of people using this well will increase daily as people return home on a daily basis.

Rose Likiya, age 38, fled to The Democratic Republic of Congo to seek refuge during the conflict in South Sudan. While her husband remained in Yei, South Sudan, Rose left with her six children to seek security as she feared for the lives of her children. Tragically, only one of her six children survived as five of them lost their lives due to unattended health situations during the movement and time of transition. While Rose was in DRC, the living conditions were very difficult. There was not enough food for the number of people there seeking refuge. In each distribution, only one cup of beans and flour were rationed per person, a packet of salt was divided among many people, and attaining firewood to cook was almost impossible.

Many of the natives to DRC would charge high prices that the refugees could not afford. Most of her children did not suffer from sicknesses but from hunger. Rose shared that at one point, she had no choice but to try to make a meal out of an anthill mixed with mud and warm water to create a porage to feed her children. It was at that point that she realized she would be better off living in a war zone than starving and losing all of her children.

Fortunately, when she returned to Yei to join her husband, peace had returned. Rose has experienced trauma, and together with her husband, they are working to rebuild their lives. After going four months in DRC without receiving any food ration, she is slowly gaining her health back because she no longer has to worry about where to find her next meal. She is relieved to be reunited with her community who work together to make ends meet. Rose shared that even before the YWAM well was restored, the water situation was much better than what she experienced in DRC where she often resorted to drinking dirty water. A well-restored close to her community is another step towards her overall wellbeing.

Viola Tabu is 15 Years and now stays with her aunt Rose right since the crisis. She left school in Primary five in 2016 because of the conflict. At first, it was not secure for her to walk to school, and then, she left along with Rose and many others to DRC when the situation was unbearable. Viola is interested to continue with her education but no longer has anyone who will support her by paying her school fees. She shared that her hope in coming back to Yei would be to find someone to support her dream of returning to school. She would ultimately like to become a midwife to help mothers deliver children without problems.

She has been a witness to many deliveries in the refugee camps and in the deep villages and considered midwives to be heroes. She has faith that her dreams will be realized and achieved in time and urged supporters to continue to help girls in the Yei River State in South Sudan. Nearby access to clean water is indeed the first step in acquiring an education. Now she must no longer worry about how she will meet the basic need and can focus on the next step in her journey towards acquiring her dreams.

With the restored well, nearby community members including Rose Likiya and Viola Tabu will step up to form the new committee. They rely on this water source on a daily basis, and now that it is restored, they will no longer have to travel greater distances to seek water or pay high fees they cannot afford. They are capable and motivated to ensure that this well is managed properly. 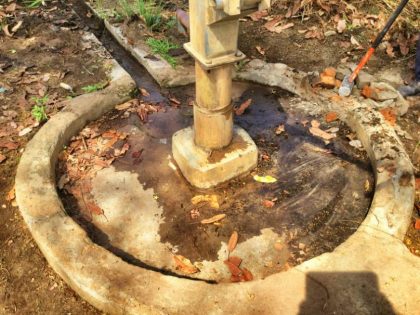 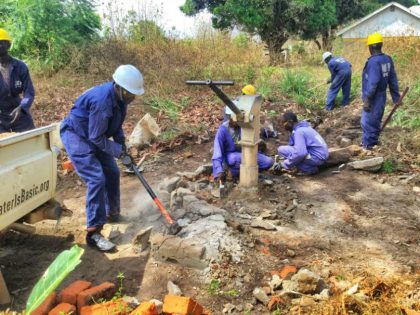 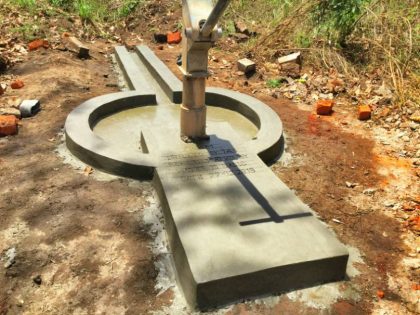 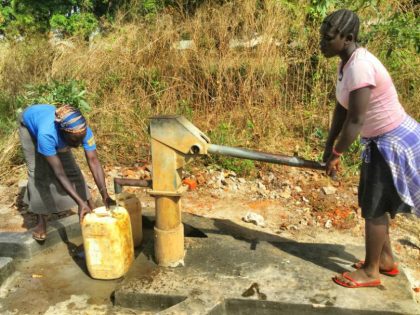 Conclusion Report
Raida Rashid is 21 years old, married and living with her brothers-in-law as an IDP from St. Cecilia. She moved to this area when conflict-hit her home village. While she was more secure with her family in Errap II, getting clean water was an issue for Raida. The community accessed water at Kinji, where they were required to pay fees to fill their jerry cans. The amount of water that Raida and the community could afford was not enough to meet all of their needs. They had to choose between drinking, cooking, and bathing most days. Often they would fetch water from a muddy hole in the ground to boil for cooking and cleaning. “It is an exciting time to see the water flowing”, Raida proclaimed. Raida has had to spend 1/3 of her income on fees. Now she has got an extra 2700 South Sudanese Pounds ($9 US dollars) per month to spend on food and school fees. Without having to pay fees for water or spend the time transporting the water from one place to another, Raida and those in her community have more time and resources now to invest in rebuilding their lives by farming, paying school fees, purchasing more food, and focusing on how they can earn an income.

Susan Opani is one of the residents of this compound. She had faced the same challenges as Raida in fetching water. Buying 20 jerry cans on a daily basis as needed for Susan and her family was not an easy thing to afford. Washing, cooking and other domestic works were nearly impossible to do most days. She is mostly relieved now that the borehole has been fixed as she had to carry a child on her back while fetching water every day. Susan body ached on most days because of this burden. She was without water in her village since 2016, and now she feels a great weight has been lifted with the nearby access to clean water once again.

This water well was an automatic submersible pump, used by the Ministry of Agriculture Directorate of Research. During the conflicts, there was no means to pump the water as it was powered by a generator. With no fuel available, the submersible pump could not be used and sat dormant since 2016. 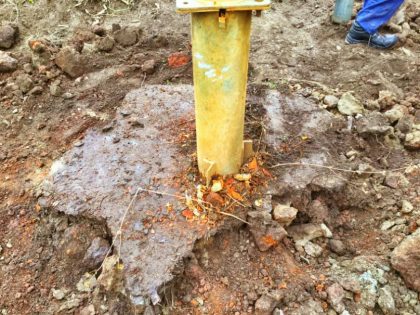 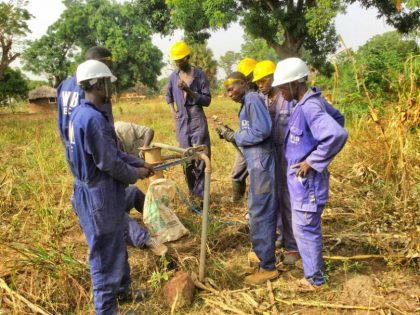 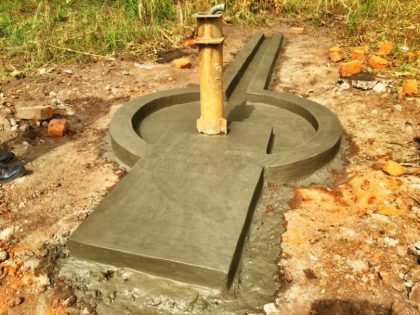 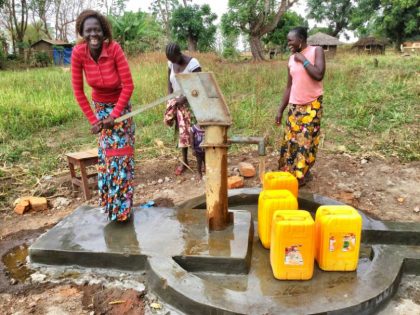 Conclusion Report
This community accessed water from the Seko river while the well was in disrepair. They would also fetch water from an overcrowded water well where fees had to be paid.

Madam Mary shared her experience regarding accessing clean water. It was so challenging for her as well as the community of Koya military base. She said women had no choice but to go to the Seko stream to fetch water. The travel there was on a busy, path that was not safe given the security situation. Animals, especially snakes, also threaten women along the pathway to the stream. She added that one woman got bitten by a snake when she was going to fetch water and lost her life. However, during the rainy season, the threat was even more as the rainwater that flows to the stream carried waterborne diseases. Even so, the people had no choice but to drink the water which was all available to them.

Given the present situation, women are the ones who always carry the burden to take their children for medication. Mary is excited today, and she already offered herself, to take good care of the water well, to clean the surrounding environment, and to make sure children do not pump to ensure their safety. Mary is thankful for the restoration of this water well and specifically for this precious charity offer to the vulnerable communities where women suffer the most but are unseen in the eyes of many individuals. 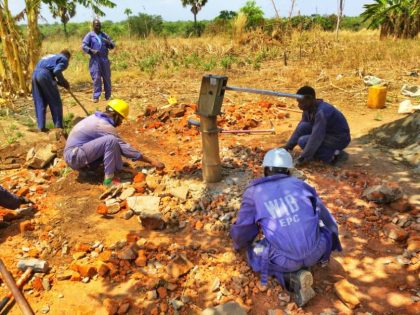 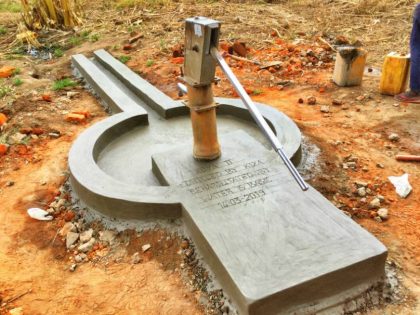 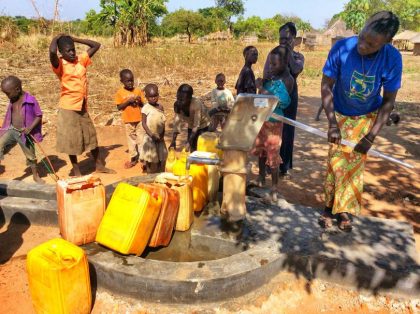 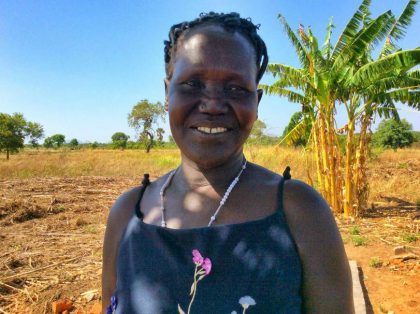 Conclusion Report
Felix Lokol was living in Lutaya before the insecurity in Yei 2016. Currently, he’s residing at TTC. He is married and has two children. Felix also experienced the same water issue and the only option was drinking from the open running well where he’s farming. At the time of the well repair, he was battling with sicknesses Typhoid and Diarrhea coupled with malaria which has been a constant battle for many. His plan of returning back was delayed because of no clean water. Now the borehole is fixed, he plans to return and is eager to rebuild his life at home. Felix said, “Water is Life, and without clean water, man or any living creature won’t live.”

Felix is very happy and is thanking Water is Basic and Water Charity for standing side by side with the suffering communities of Yei County and here he’s requesting the work should go as far as to all the counties of Yei River State to deliver equal services for all. 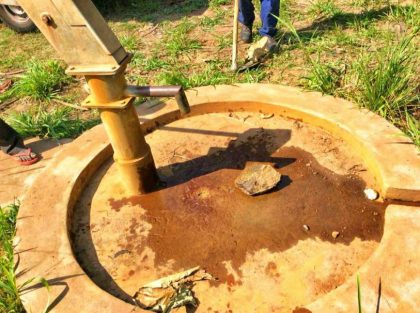 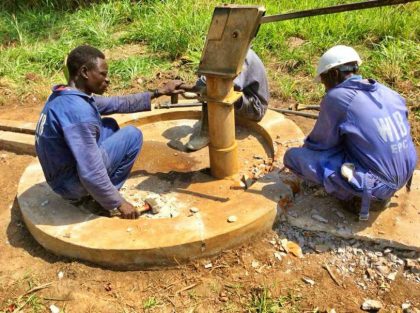 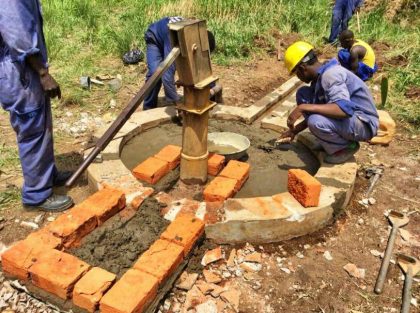 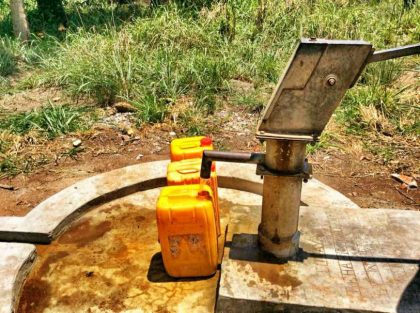