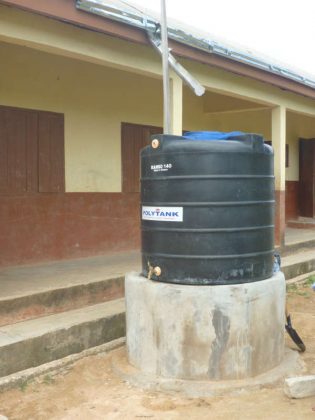 This project has been completed under the direction of Peace Corps Volunteer Gayle Robinson. To read about the beginning of the project, CLICK HERE.

The project was to build a rainwater harvesting system and handwashing station at the site shared by the primary and junior high schools.

The funds from Appropriate Projects were used to install a rain harvesting system at the local schools in Sefwi-Bonwire. As both the primary and junior high school are located on the same campus, the water will be available to both schools.

The primary purpose of the system is to provide access to clean water for handwashing purposes throughout the school day. Prior to the system being installed, students were excused from class throughout the day to collect water from the community borehole.

The system was created by angling gutters into a large basin. A cement structure was built by the community mason and the closed basin was placed on top. In order to prevent mosquito breeding, a net was fastened over the top of the basin so that only water could enter. The basin has a spout so that the flow of water can be controlled. Underneath the spout, a soak away pit was dug in order to prevent muddy water running throughout the school campus.

Upon completing the rain harvesting station, the school hosted a hygiene festival for the community. The junior high school students participated in a handwashing poster contest and the winning design was painted on the school just next to the station.

Additionally, the students performed a skit portraying how easy it is for fecal transmitted diseases to spread to large groups of people and the importance of always washing hands after using the toilet. The students also learned a song about when to wash your hands and the accompanying clapping game, which they also performed for the community.

The festival was held in conjunction with the initiation of a community wide campaign to install household tippy taps for washing hands.

We are grateful to Gayle for completing this project, and again extend our thanks to the Paul Bechtner Foundation and Gayle’s friends and family. 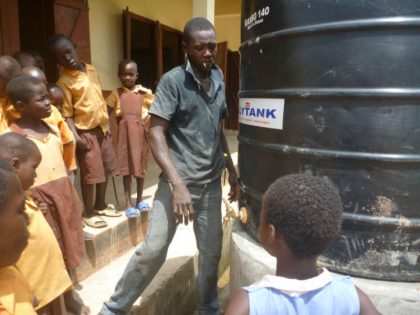 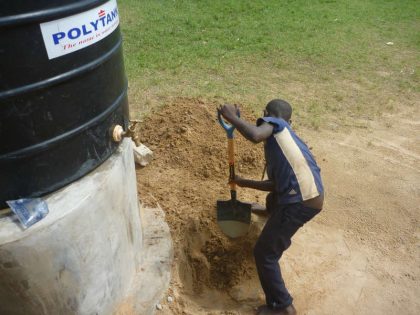 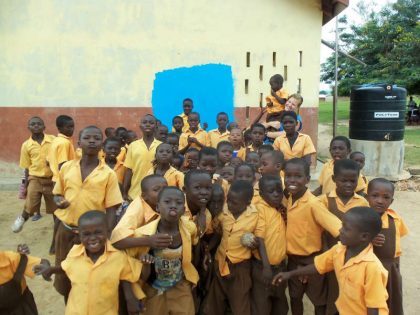 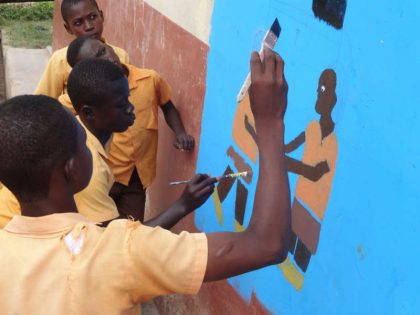