This project has been completed under the direction of Peace Corps Volunteer Adrian Martinez. To read about the beginning of the project, CLICK HERE.

The project was to build a well in to provide water for the moringa garden.

We completed the well and water system for the Sare Bidji Moringa Group.

We began the well last year with a well digger who turned out to talk a lot and not work. We would spend weeks without seeing him and then he would show up and work for another day and ask for money. It was mismanagement on my part and also a poor read of character. We proceeded to find other diggers and masons to replace the original and finish the work.

We hit the static water depth last December, but work was delayed until we reached the final depth in April. The workers completed the project, providing water within the one hectare fenced-in area, with plans for expansion.

I added funding with another grant for the project which allowed us to install a solar water pump and plumbing with four faucets around the garden. We also built a hut in the garden to process the moringa leaves and have a guard for the equipment.

We added more trees to the garden during the last dry season since we had the water. There are now more than 500 trees in the garden, some of which have grown to be 2 feet tall. We are testing spacing with the PKM1 variety we had imported from India. More than 200 trees are spaced at 3 meters in and between rows. The rest are spaced at 3 meters in the rows and 5 meters between the rows to allow for alley cropping. The entire space of the garden will hold more than 1,000 trees when completed, aided by the new well and water system.

I recently left Peace Corps and Senegal and was pleased that the project was successful. On behalf of myself, the group members, and the community, I would like so tell you “Thank you very much.”

We, in turn are grateful to Adrian for completing the project, and again extend our thanks to Douglas Wolf, who funded the project in honor of Larry Barham. 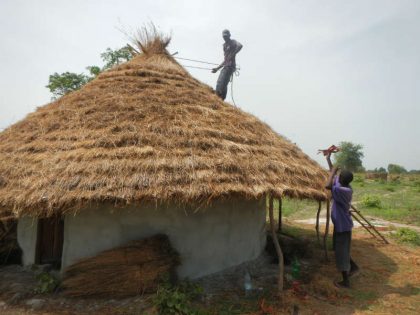 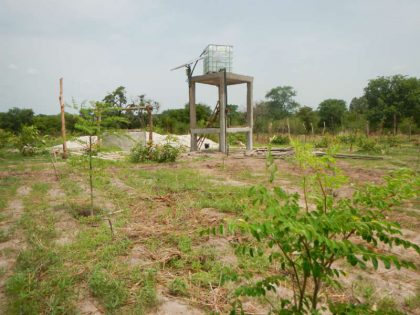