This project has been completed under the direction of Peace Corps Volunteer Louis Smith.

The project was to increase the water supply to the village by expanding the water delivery system.

The water system located in the town of Santa Cruz, county of Santiago de la Frontera, state of Santa Ana, El Salvador provides water to the 104 households, as well as to the school and medical clinic. The tank was originally constructed in 1992. Separate areas provide the water to the tank, and have been constructed in various stages.

During the rainy season (July – November), the tank draws directly from the small river. However, for the other seven months, while rainfall is scarce, the water is drawn from various areas around the water tank, where water seeps through the ground. The basis of this project was to improve the quantity and quality of the water. 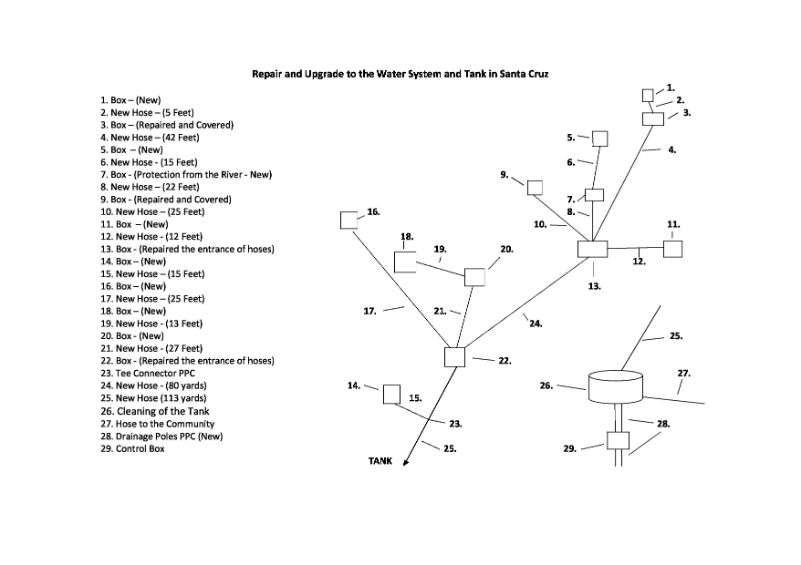 The majority of the areas where the water was drawn were merely holes dug out, and covered by large rocks. Some had a couple of layers of brick covering the walls. All but two, were uncovered, and susceptible to incoming contamination from a number of sources. The two boxes that had a built cover were obsolete, because when new areas had been found the new places were connected by the rubber hosing through the top, and therefore were not completely closed.

The project was completed with participation of at least one person from almost every household, and the funds donated were used exclusively for materials. For the places where the water seeps through the ground, brick walls were constructed in order to corral all of the water, and thus not allow any to escape through the former dirt walls.

The boxes were then covered by newly constructed cement tops. These can be removed in order to conduct maintenance. With the exception of the cleaning instance, the tops will stay on, and the water can be controlled and isolated from any sort of contamination that previously entered the system.

The boxes were connected by 2” rubber hosing that was above the ground, and vulnerable to damages from animals and the river that runs through the area, during rainy season. All of the hoses were replaced by new ones, and buried a couple of inches under the ground where it is less likely to be affected by the environment. In places where it needed to cross the river, a concrete barrier covers the hose, and gives it necessary protection. The tank was drained, extensively cleaned, and roots of trees that were adding extra pressure externally were removed. 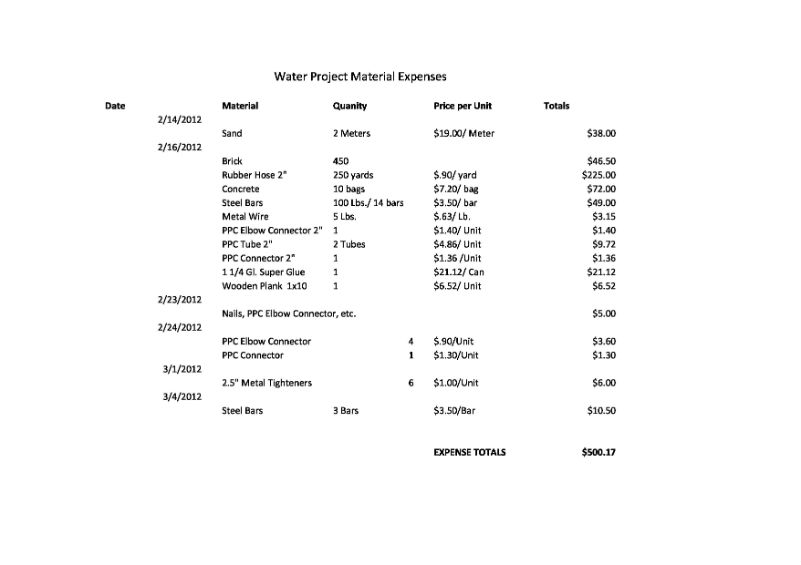 This project was highly successful for several reasons. First, the funds from Appropriate Projects were used efficiently to buy what materials were necessary, with nothing left over, nor needed. This was a project that the population of the community deemed important, and had high participation. It is a general consensus that the work done will eliminate a lot of areas where precious amounts of water were not being utilized, simply because of errors in the current system.

The amount currently being received by the tank has substantially increased, since the inception of the project. With the boxes being covered, the exclusion of outside factors provides a cleaner source of water. The steps taken to reduce risks to the system will decrease the likelihood of potential hazards, and increase the lifespan for which it can operate. The aforementioned steps have successfully met the previous goals.

Special thanks go to Appropriate Projects for making this project possible.

We wish to thank Louis for completing this project, and again extend our gratitude to The Soneva SLOW LIFE Trust for providing the funding. 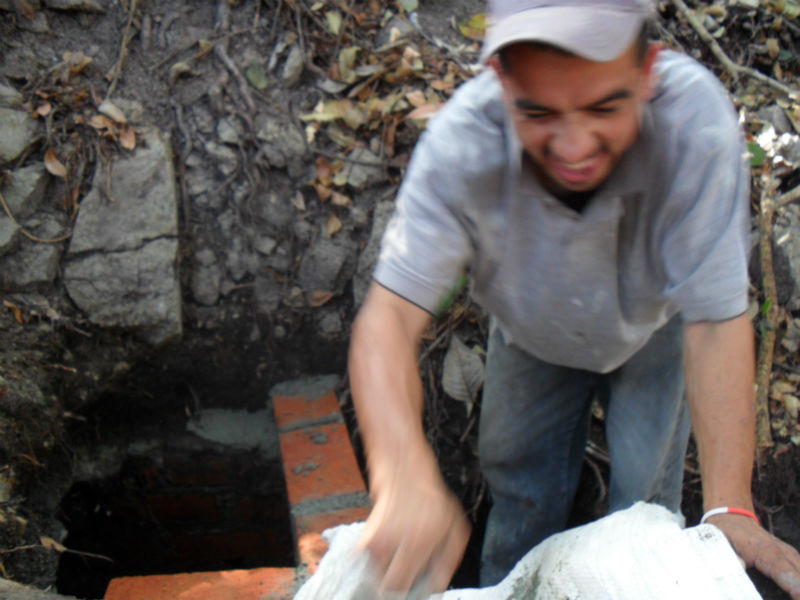 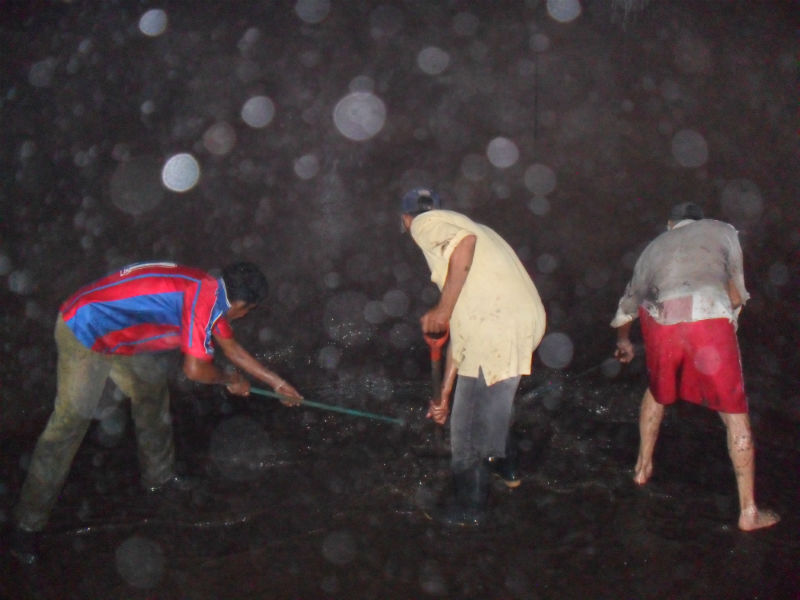