This project has been completed under the direction of Peace Corps Volunteer Jessica Frye.

The project was to build a well for the women’s group community garden of Sall Nabe.

Thanks to the Elmo Foundation and Appropriate Projects I have been able to receive the funds and successfully build a 7-meter well for the women’s group of Sall Nabe in the village of Salemata.

The funds were used to buy 20 sacks of cement, rebar, picks, shovels, a pulley and a bucket as well as pay for the labor of the well. The well digging team consisted of two local well diggers, Aliou and Lama.

The completion of the project took a little bit over a month. Both Aliou and Lama worked every day from sunrise to dusk in order to get this job done before the rains arrived.

The men began by first digging the well, taking turns using shovels and picks and pulling out the sand. The women of my quartier helped the well diggers by bringing sand and rocks which would be used for making the molds.

Once they hit water, which was about 4 meters into the well, they began making the cement molds with rebar, which would then go inside the well as a lining so it wouldn’t collapse after the digging was finished. They were able to dig up to 7 meters but then couldn’t dig any further because the water kept pouring in. No matter how much water they pulled out it was almost impossible for them to keep digging. 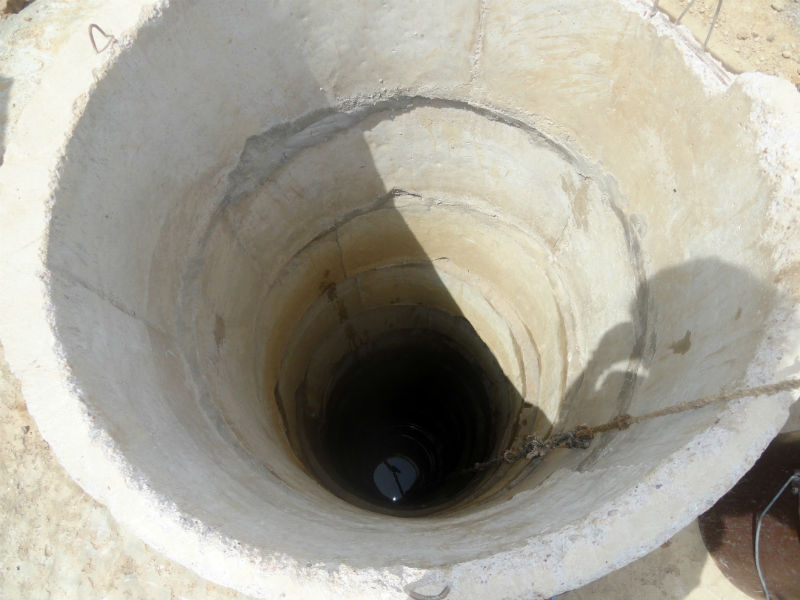 The location of the well is in the dip of a valley; hence the water table is high. It was great to know that at the highest peak of dry season they were able to find water at four meter and they didn’t even hit rock, meaning the well will be able to provide water year round.

Both the women’s group and quartier of Sall Nabe are extremely excited and grateful for this well. Currently, with the peak of hot season, water has been scarce and almost inaccessible. This well has given hope to the women of Sall Nabe, since they will now be able to continue their garden. Having a successful garden will not only bring an income to their families, by allowing them to sell their vegetables, but also will increase the nutrition of their families, and most importantly their children.

I have seen first-hand the impact of what water availability can do to a community. Before, I never appreciated how lucky we are to have access to water so easily and readily in the United States. It has been an eye-opening experience to see the trouble they go through in order to find water, and how lack of water can devastate a community. I will be sure to take this message back home with me to America.

We extend our thanks to Jessica for completing the project, and again express our gratitude to the Elmo Foundation for providing the funding.