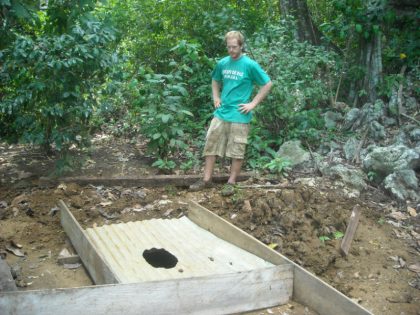 This project has been completed under the direction of Peace Corps Volunteer Donald DeAngelis. To read about the beginning of the project, CLICK HERE.

The project was to improve the community aqueduct system and build 2 latrines.

The project has been completed, and the aqueduct and latrines are functioning properly.

Tubing and glue were provided and the damaged and leaking aqueduct piping system was replaced by community members of Pueblo Nuevo and the local Peace Corps Volunteer.

Because of a severe flood during the process of building the latrines, some materials were lost, and the project was delayed for months. However, this was overcome, and the project proceeded.

Both latrines were dug and constructed with concrete molds and the structure was built with wood. The work was done by community members and two Peace Corps volunteers.

Water Charity funds were used primarily to buy the supplies, including concrete, rebar, tin sheets, latrine mold, tubing, glue, fuel, nails, and hinges. The high cost of fuel and remote location of Pueblo Nuevo created a shortfall. However, the community moved to raise additional funds to complete the project.

We are grateful to Donald for completing this project, despite the adversity. We again wish to thank the Paul Bechtner Foundation for providing the funding, and friends of Donald for pitching in. 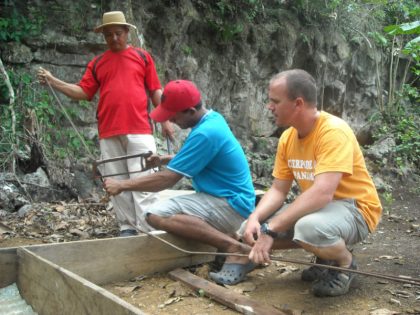 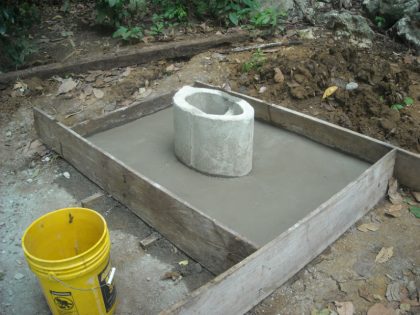 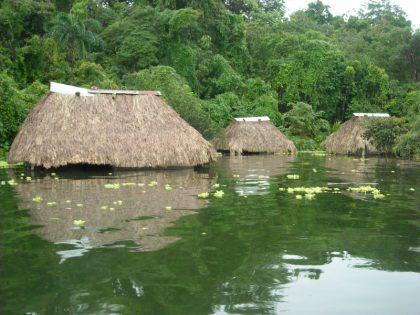 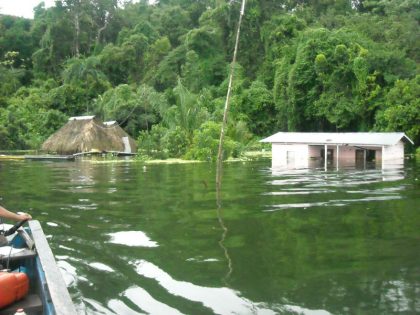