This project has been completed under the direction of Peace Corps Volunteer Read McCulloch. To read about the beginning of the project, CLICK HERE.

The project was to improve the water systems of four communities by installing industrial float vales in each to control the chlorine content and usage.

A summary of Read’s report is as follows:

The six largest water systems in the District of Poroto, La Libertad, Peru (of 16) serve an estimated total of 3,150 people. Up until recently, the use of artisanal chlorination equipment meant that residual chlorine levels in the drinking water fluctuated significantly, wasting chlorine and causing users to complain about taste and odor, or not chlorinating enough to render the water apt for human consumption.

The installation of in-line chlorination equipment has allowed operators to maintain much more stable, constant, and consistent levels of residual chlorine in these gravity-fed systems. It requires less time and expertise to chlorinate correctly. The result is that over 3,000 people can now drink the water safely from the taps of these six systems. 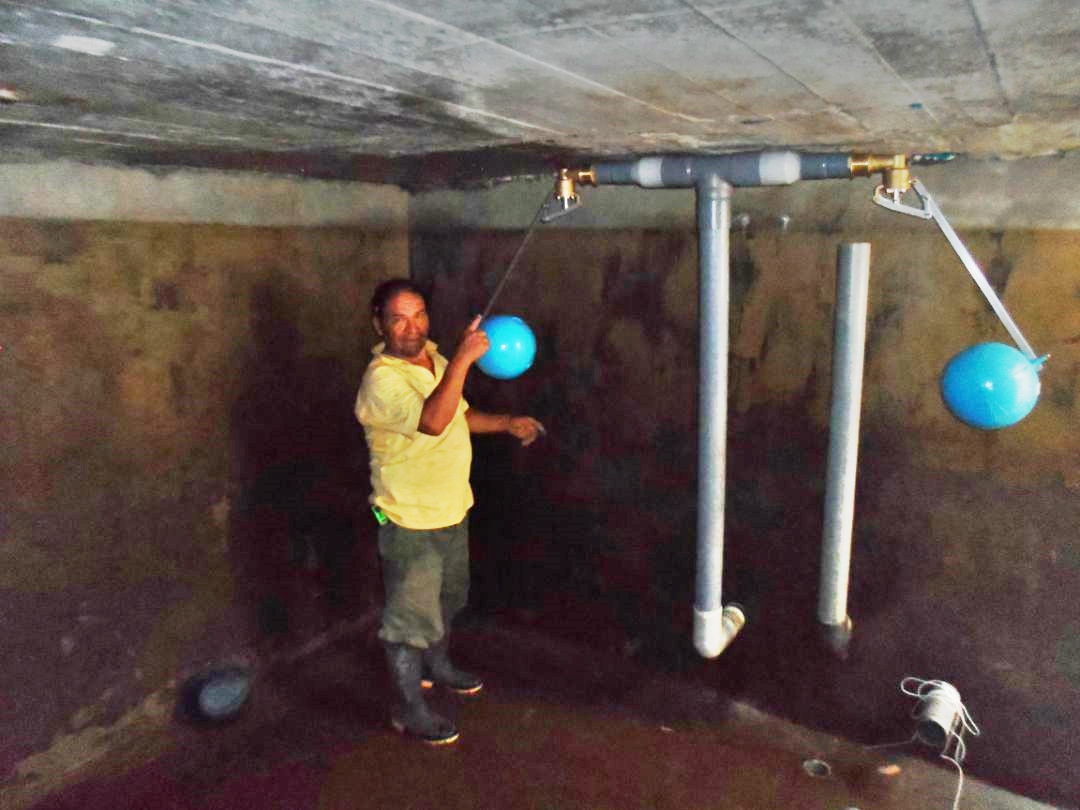 Goals were achieved as planned. Locally available hardware was used, and specialty equipment was purchased through a dealer that now operates in the nearby urban center, ensuring accessibility and sustainability. Changes in the cost of equipment since funds were requested allowed for the purchase of more equipment than originally planned, resulting in more, effective chlorination. Community members and water systems operators were happy to gain access to new equipment, and the capacity building that was included in the installation and training. One commented that he felt that their water treatment had taken a leap forward towards modernization, and that the installation has inspired them to make chlorination a priority, especially now that it is easier to perform.

Six operators were capacitated, along with six water committee members on how to use and maintain the new equipment. A local plumber with advanced skills and experience was introduced to this new equipment, and is now fully able to install it in any system, as well as trouble-shoot use.

Each system now has two people capacitated, and a local plumber understands in detail how to install and manage the equipment. These people will be able to perform future installations on other systems in the district as funding becomes available, as well as train other operators and water committee members. Pellet chlorine specific to this equipment is now available for purchase at a local hardware store, eliminating a barrier to effective chlorination.

We are grateful to Read for completing this important project, and again extend our thanks to the donors for making it possible.