A summary of Sean’s report is as follows: 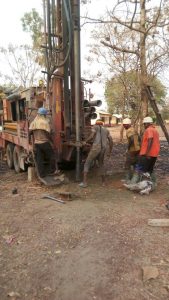 Problem Addressed
The community is a rural community in the Wa West district in the Upper West region of Ghana. The community is located on the main road from Kumasi heading to Wa, but still has a high poverty rate estimated at 85% by USAID. The major tribes in the community are the Dagaaba, Waale, and Birifor tribes, all speaking a dialect version of the language Dagaare spoken in the Upper West region of Ghana and some portions of Burkina Faso. In the community, like most places in Ghana, fetching water is primarily an activity done by school-aged girls. This puts a huge pressure on them, as most of their time is spent fetching water, preparing food, and cleaning rather than doing their homework.

Many of the students and neighboring community members were forced to fetch water at a nearby dam, as the borehole closest to the school is almost two kilometers away. Students chose to stay at home instead of coming to school due to a lack of water at the school. This resulted in attendance at school being incredibly low, and little engagement outside of school. The use of the water from the dam for drinking and preparing food was leading to a high rate of bacterial infections and diarrhea, as the dam is also used by the cattle for drinking.

After the WATSAN committee was prepared, they contacted the regional water and sanitation board to get a contractor to come and perform a geophysical survey (done using a terrameter for the 4-point Wenner test). The WATSAN committee met with the chiefs, school members, and stake holders to identify a location. The WATSAN committee mobilized the school and community members to collect stones and sand used for the mixing of concrete. 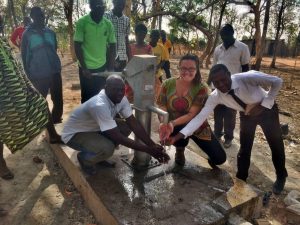 After this was finished, the committee contacted the Community Water and Sanitation Agency office for a drilling engineer to come and drill the bore hole. They came to mobilize the drilling rig at the work site and dig through the various types of rock to a depth of 82 meters. PVC pipes were then put in the hole that was constructed.

The drilling engineer then performed a discharge test, 90% recovery test, and a physio-chemical and bacteriological analysis of the water to ensure that the water was clean. Once the water results came back with perfect marks, the WATSAN committee and the drilling engineer worked together with community members to create the pump pad and install the already-purchased Afridev hand pump.

When the borehole was finally finished, the community gathered to celebrate an opening ceremony for the new bore hole. The president of the committee used this opportunity to educate community members about the importance of water and the need to eliminate open defecation.

End Result
The project gave five hundred people access to clean water. This includes students and teachers at the school campus, and surrounding family members who live close to the school. 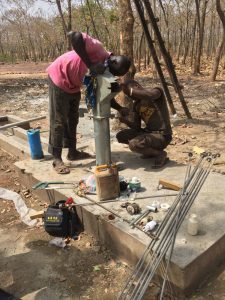 The community is also prepared to maintain and repair the borehole with a small amount collected from each person who uses the facility.

One community member educated the community on the importance of clean water during the opening ceremony and used that opportunity to educate the community about open defecation, as one common defecation location in the village was close to a bore hole.

Comments from the Community
From the counterpart of the community and form 3 students:

“The people of Ponyentanga are short of words to express their profound gratitude to you and Peace Corps as a whole.”

“This bore hole will save the students from fetching and carrying water all the way from the community to the school along the dangerous street.”

“The sanitation will be improved because the toilets and the urinals will always be scrubbed. Also, washing hands before and after eating will be enhanced. The nearby houses around the school will also benefit from the borehole. Trees planting will now be easy.”

“Meanwhile, the community members assure you that, in case there is a break down, they will contribute to maintain the borehole so that its purpose will fully be realized. On the other hand, the head teacher and his staff pledged to take good care of the borehole to keep it long.”

“I cease this opportunity to thank you very much for the tremendous effort to the realization of this wonderful project which the community and the school have yearned for a very long period of time. The community wishes you well.”

“Now, we can focus on learning.”

We are grateful to Sean for completing this important project. 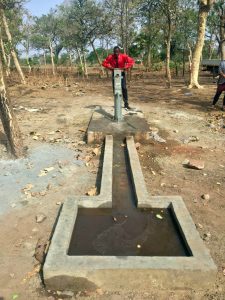 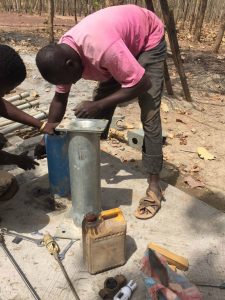 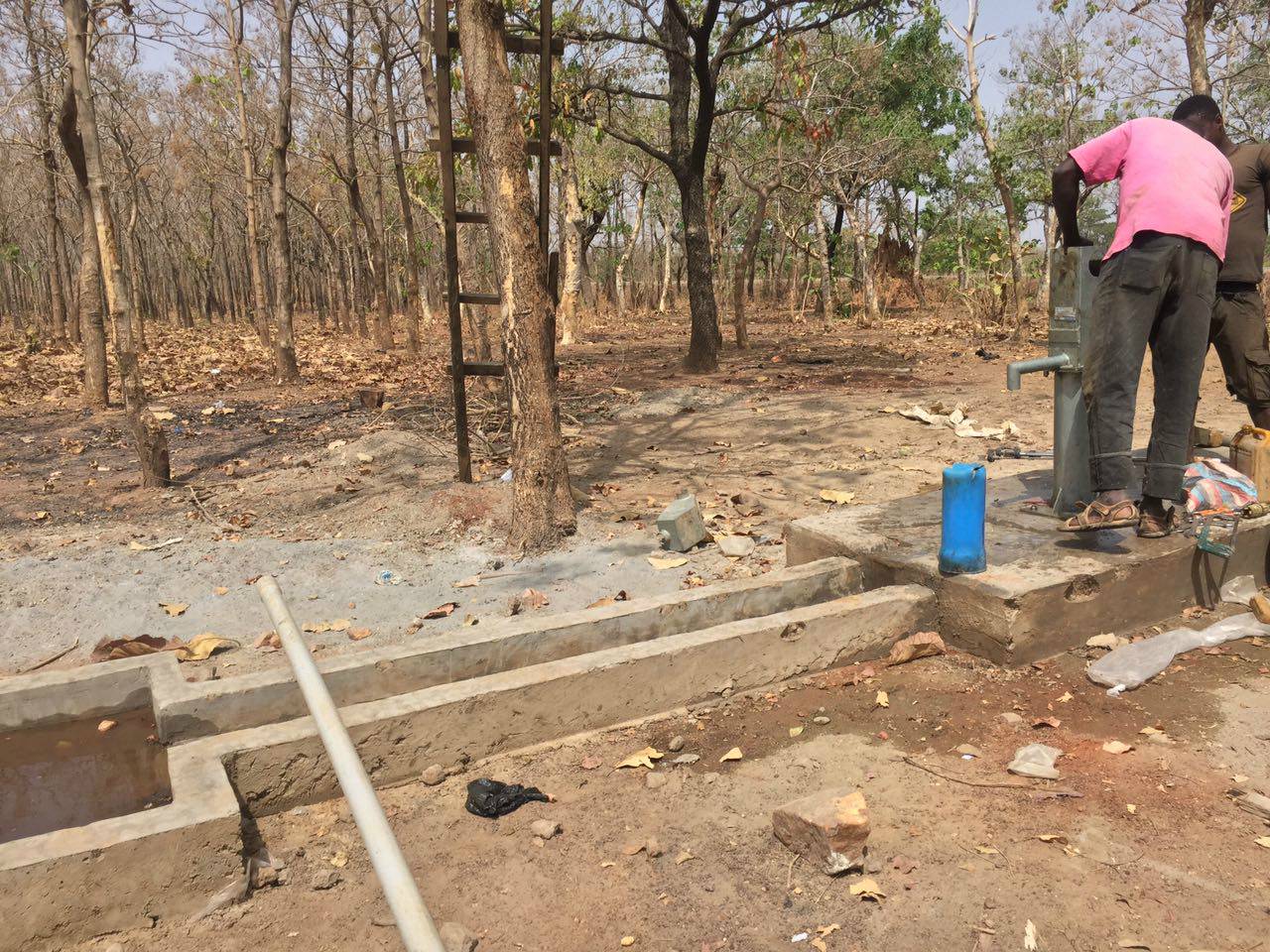 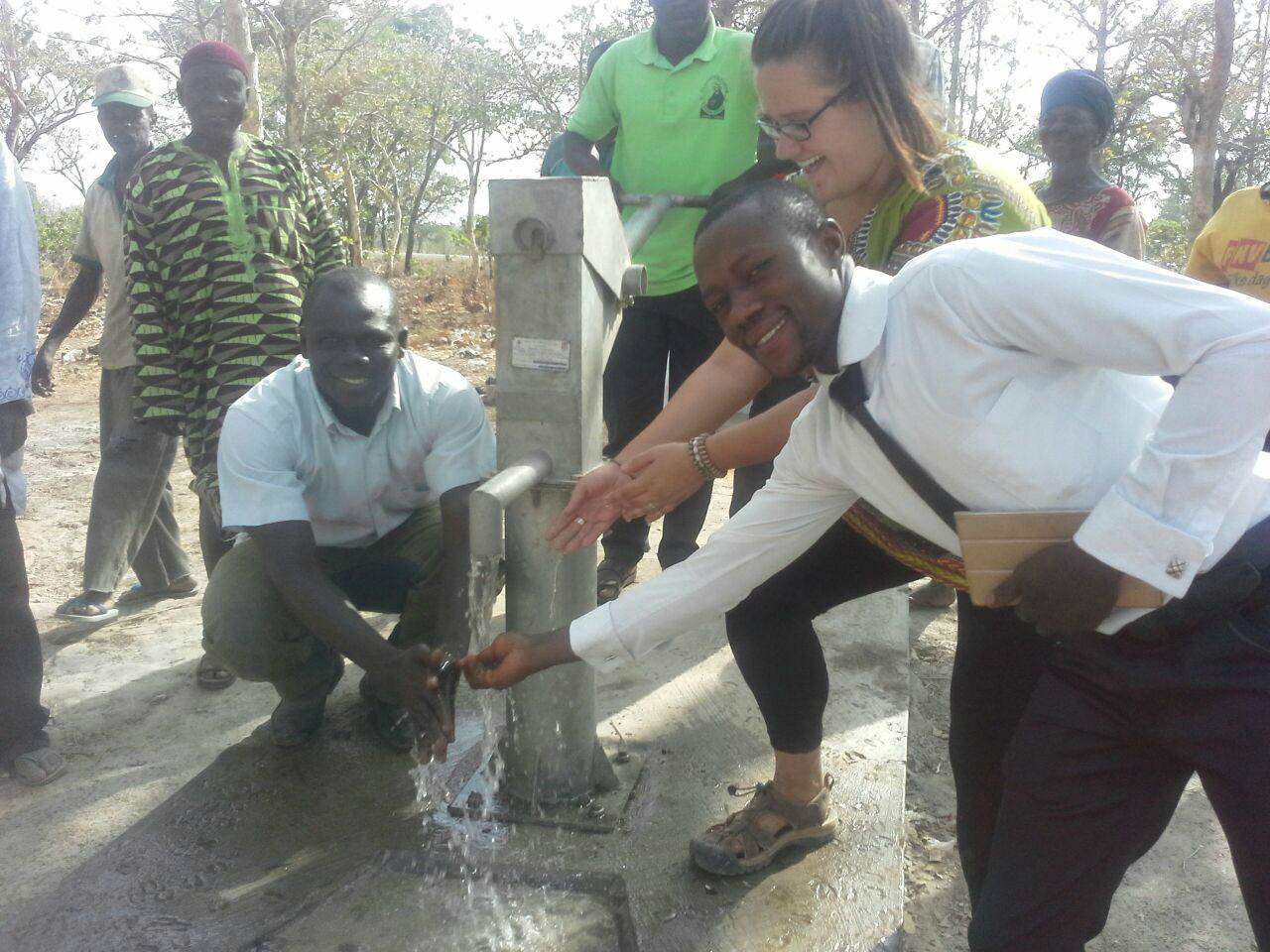