This project has been completed under the direction of Peace Corps Volunteer Alexandria Brown.
To read about the beginning of the project, CLICK HERE.
Alexandria Reports:

At long last, we have finished the bathrooms at the community center!  And none too soon, because I am COS-ing at the end of the week.  This project was a labor of love for all of us involved – it’s been over a year since I got brought on board, and it’s been longer still since the members of Ouled Naser started tossing this idea around.  But here we are!  The latrines have made the center a functional space for all sorts of activities, and the whole community will benefit, just as they were all involved in the development and construction process.
My favorite part of the story has to be the day that I brought the final installment of the grant money to my counterparts.  They counted it, held a quiet discussion that was out of my hearing, and then told me that they were going to put money from their personal savings into the project pot in order to buy the highest quality materials (which were not what we had originally budgeted for).  I told them that they were wonderful, and they shrugged and said simply, “We want to do this as well as we can.”  To me, this moment really captures the community spirit and dedication of the people of Ouled Naser.  This was a community-dreamed and -driven project, and really I am proud just that I got to join the ride.
Our goals were to build two latrines in a small neighborhood in Morocco, in order to turn an unused building into a functional community center. Community members have plans to use this now-completed center as a pre-school, a tutoring center, a meeting place for planning further community improvements, and a center for women to practice income-generating activities (as well as just to have a space to gather outside of their homes).  It was a small goal that we hope will have far-reaching effects.
For many reasons, progress proceeded much more slowly than any of us had planned, but we pushed through all obstacles – it was definitely a case of slow and steady wins the race.  In January, we received the money we needed to get started with the construction of the latrines, and that began in mid-February.  They were largely finished by the end of the month, but it took until the beginning of April for the final touches to be made: for the bare concrete to be painted and for the water and electricity to be hooked up.  Now, though, they are functional and in use!
From the beginning, we also discussed having a health fair upon the opening of the latrines.  I spent a lot of time discussing with my counterparts the importance of healthy hygiene practices (particularly hand-washing), so they will pass along the message.  I learned a lot from this project, and so did my counterparts, and the community as a whole is benefiting from the result!  All in all, I consider this a big success.
I’m attaching a few photos of the final structure.  Let me know if there is anything else you would like to know!  And once again, thank you so much for everything you and Water Charity have done to make this project happen!

We would like to thank Alexandria once again for executing such a fine project.
Though the project is complete, it has yet to be fully funded, in that Water Charity has not yet recouped the money invested upfront.  Please consider donating to or adopting this project, as it will allow us to start other projects while also allowing you to donate to a project that is a proven success! 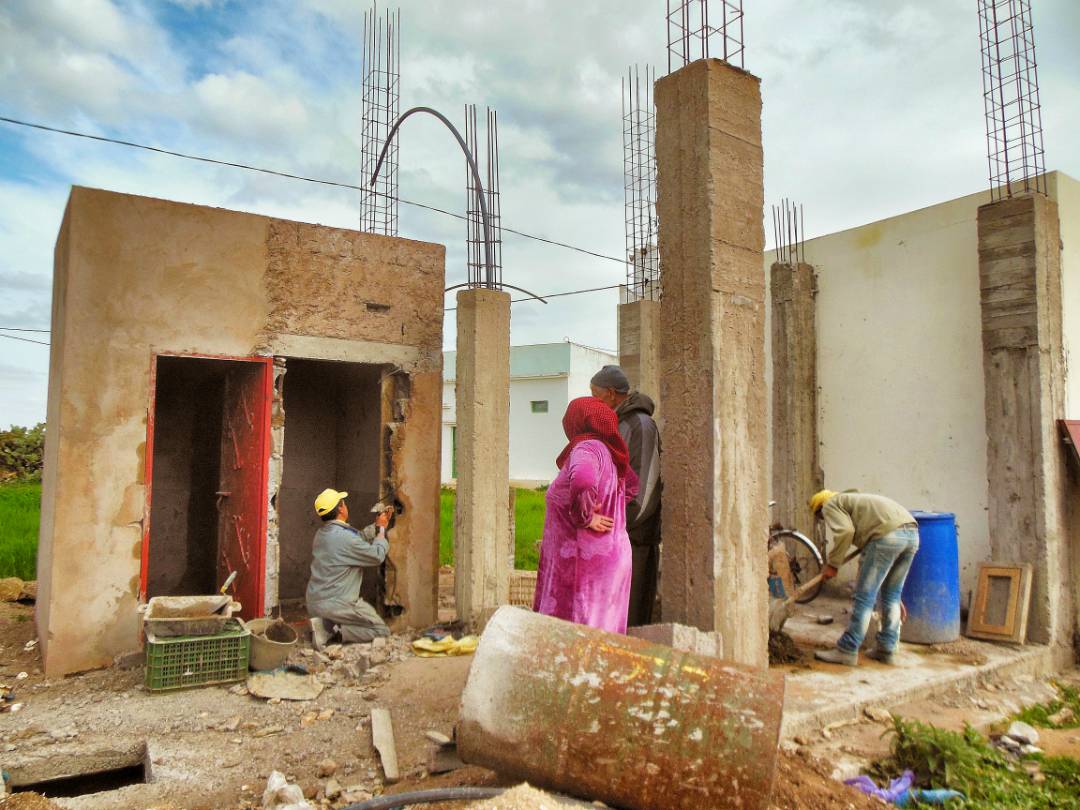