This project has been completed under the direction of Peace Corps Volunteer Belle Archaphorn.  To read about the beginning of the project, CLICK HERE. 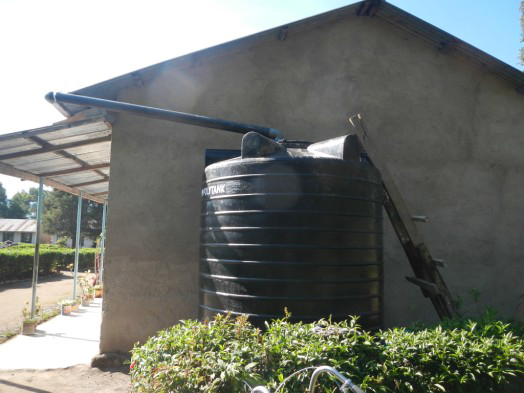 This project has been completed.  Two rainwater catchment systems, consisting of gutters for collection and tanks for storage, were built.

Clean, potable water can be scarce in many regions of Tanzania without proper disinfection.  At the Mwatisi Secondary School in the mountains of Mbeya, students and teachers need water every day for cooking and drinking.  Non-potable water comes from a tap in the school grounds and they disinfect it by boiling.  However, the tap runs dry for months at a time during the dry season (with a rainfall average of only 13 cm).

Students were taken out of class to walk at least two kilometers to fetch water from the closest spring or the river, which is contaminated with debris and bacteria.  With low access to clean water, students resorted to drinking non-potable water.  Practically every day, at least one sick student was sent home.

In contrast, there is an average of over 60 cm of rainfall during the rainy season, but there was no storage.  To solve this problem, the school formed a committee, which consists of school board members, teachers, and the school carpenter.

Once the committee came up with the budget, we all got to work collecting all the supplies.  Neighboring villagers and students even helped carry the rocks from the river that runs by the school.  Everyone in the community lent a helping hand. Community contribution amounted to over 30% of the total project cost.

The rainwater catchment system was constructed in five main stages. The first stage consisted of locating proper places for the two 5,000 L plastic tanks and then gathering of materials.

The majority of the building materials (mainly for the concrete tank stands) were transported from a nearby village by community members and students.  The other materials (tanks and tank valves) had to be bought in Mbeya town and transported on a lorry later.

Stage two consisted of constructing tank foundations and stands.  The foundations were constructed from river rocks and cement, which were contributed by the community. The carpenter did a wonderful job on the foundation!

Stage three was the actual tank installation.  Before the tanks could be placed securely onto the stands, holes had to be bored into them to place the faucets. Some teachers decided to lend a helping hand during this stage!

Stage four consisted of the carpenter installing the gutter system along the roofing.  Aluminum roofing was cut and bent to make the gutters, with heavy aluminum used for support.  The last part of the system used PVC pipe to convey water from the gutter into the top of the tank.

The last stage was the training and orientation on the use of the tanks and water conservation.  Rainwater fetching duties were assigned to class monitors of each classroom, expanding the understanding and prevention of waterborne illnesses.

Laminated guidelines in both English and Swahili were attached to each tank to remind students and teachers how to properly use them.

The students now have access to clean water during the entire year.

The school community has taken complete ownership of the project and they have promised to maintain it for years to come.

The project was a huge success, and you can tell that the whole atmosphere of the school has changed to one with school pride.

The chairman of the school board, Mr. Mwakatobe, was “incredibly proud of the project that will now remain at the school for years.”

We are grateful to Belle for completing this important infrastructure project at the school, and again thank the people who have donated to date.

Donations of $100 and over are acknowledged as follows: 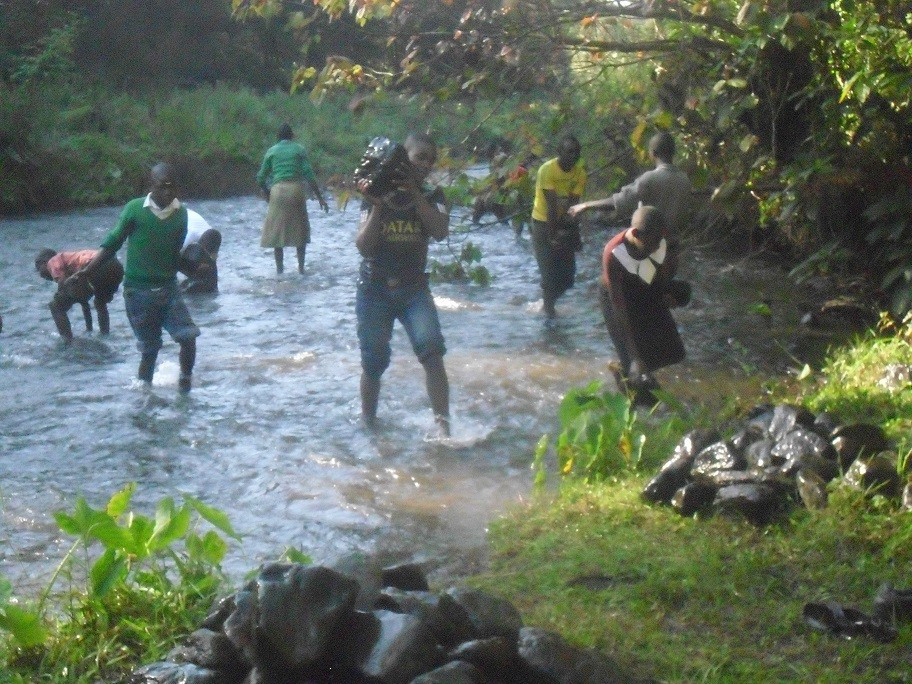 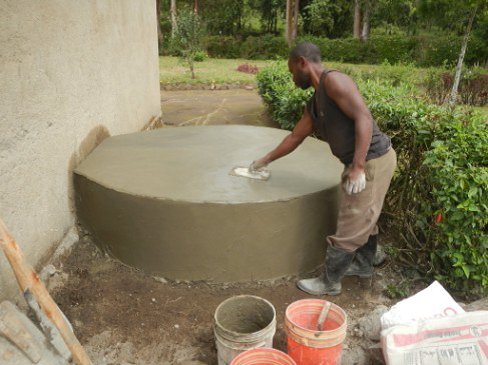 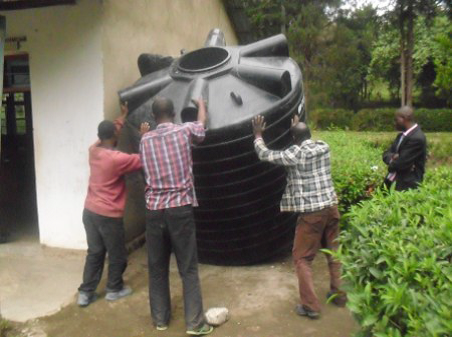 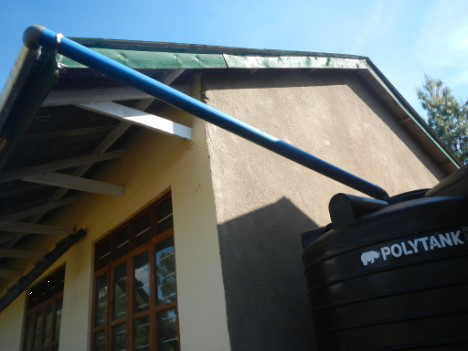