The project was to build two new public latrines, with lined and displaced pits and ventilation. The project exceeded expectations, and four latrines were built.

I am happy to report that work on the latrines in Morarano is finally finished. It has taken a while due to difficulties of relying on volunteer labor as well as logistical issues at the NGO from which parts were purchased. The good news is we were able to build two more latrines than initially planned.

The local health worker and I met with people at the sanitation NGO St. Gabriel’s in a larger nearby town to discuss purchase of materials for two latrines in Morarano. St. Gabriel’s makes the concrete tanks and porcelain squat plates on site and provides a technician to assist with installation.

Their system consists of a series of three tanks, each spilling into the next. The first tank holds solid wastes, the second holds liquid overflow, and the third returns the decomposed waste material to the soil. The squat plates are flushable and the tanks are ventilated so there is no smell. Screens block the pipes so there are no insects breeding in the tanks.

After calculating the costs of materials and transportation, we determined we could stretch the money to build two extra latrines (so, four total, two sets of two, in each set – one for men and one for women) if we relied on villagers to donate building materials for the superstructures (house on top). Once our order was placed, it took several weeks to create the 40+ pieces required and truck them out to the village.

After all of the pieces had arrived, the technician came and worked with several villagers to assemble the four latrines. Villagers provided him lodging and food during his stay. This process only took about 4 days, as it was just a matter of digging holes and putting pieces together. Morale was very high during this time and quite a few people turned up to help out. People were thrilled to see the project actually underway.

When the technician’s job was finished he went home, leaving the superstructures to be built by villagers. A time and date was set by the mayor, and within a couple weeks the first two latrines were finished. Villagers donated building materials and many people showed up to help out. Afterward, everyone pooled money together to buy buckets and cups to hold water for flushing.

The second set of latrines was intended for the students and teachers of the local elementary school. For this reason, it was decided that members of the PTA should complete the work. When school started in October, a meeting was held and a date was set for construction of the superstructure. Due to village politics, this ended up becoming quite a complicated and drawn-out process. Some days, no one would turn up to work. Other days, many people would show up, realize no one brought building materials, and then go home. After some more coordination with the school director, mayor, and villagers, the second superstructure was finished.

In total, about 300 people now have access to a latrine.

I’d like to thank Appropriate Projects and all who donated to this project. It wouldn’t have been possible without you. I’d like to also pass on “misaotra” (thanks) from the mayor, school director, and those other villagers who benefited from the project.

We are grateful to Andrew for completing this project, and again extend our thanks to his friends and family for providing the funding. 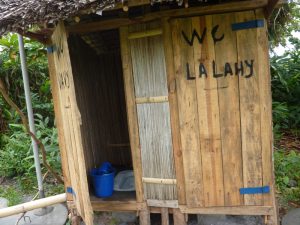 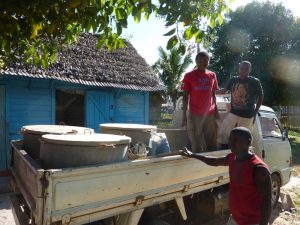 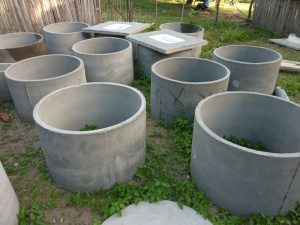 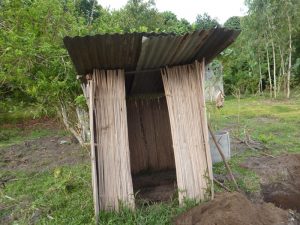 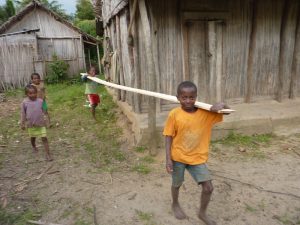 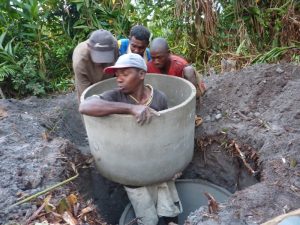 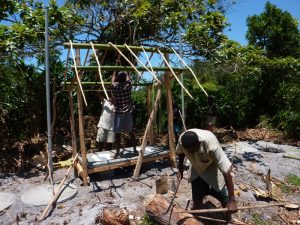 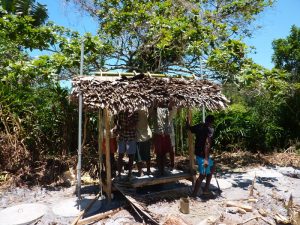 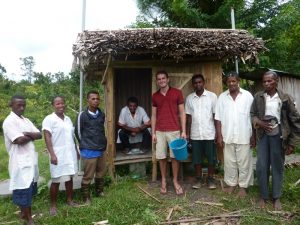 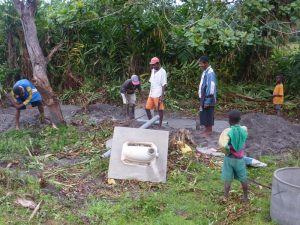