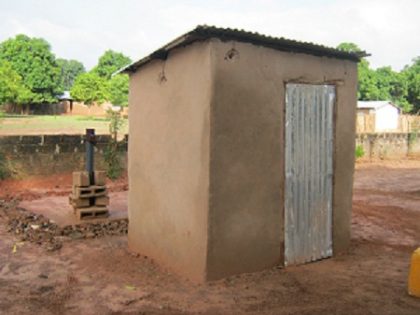 This project has been completed under the direction of Peace Corps Volunteer James Blaine Byers. To read about the beginning of the project, CLICK HERE.

The project was originally designed to build a public composting toilet inside the Medina Serign Mass Health Center compound. It was later decided to switch a more traditional pour flush toilet.

The goal of the project was to provide a new public toilet for the health center of Medina Serign Mass, North Bank Region, The Gambia.

When the money was received from Water Charity, all materials (cement, sand, gravel, rebar, wooden poles, corrugated roofing tin, PVC pipes, and toilet fixture) were bought in the village or in nearby Barra under the supervision of my counterpart, Mbye Sarr, and myself. 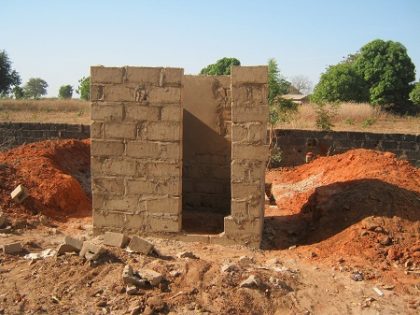 Once the materials were brought to the Health Center site, a meeting was held with the masons selected to do the work. Because the masons expressed a lack of experience with the composting toilet technology, it was decided switch to a more traditional pour flush toilet.

Work progressed quickly at the outset, with all the blocks made in the first week. The pit was dug and blocks laid over the second and third week.

As the shelter neared completion, two of the three workers left to start other paying jobs. The remaining worker and my counterpart finished pouring the slab over the pit, installing the toilet fixture, connecting the drain pipe, and completing the shelter over the fourth and fifth week.

Although it took longer than anticipated, the project goal of providing a new public toilet for the village health center was achieved.

The new community health nurse, Mohammed Tourey, arrived in April and was happy to see a new toilet in the health center he had visited less than a year ago.

Thank you Water Charity, for making this possible.

We extend our thanks to James for completing this project, and again express our gratitude to the Elmo Foundation and to James’ friends and family for providing the funding. 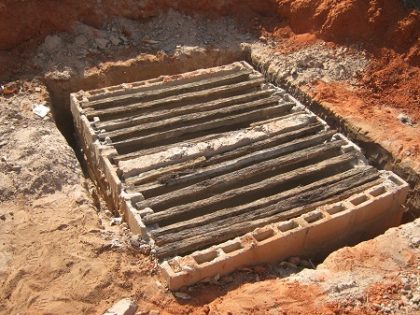 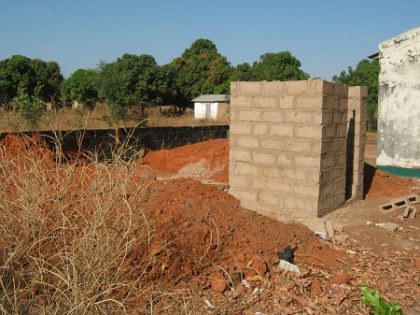