This project has been completed under the direction of Peace Corps Volunteer Tobias Joel. To read about the beginning of the project, CLICK HERE.

The project was to extend the water system to provide for the irrigation of the community gardens. 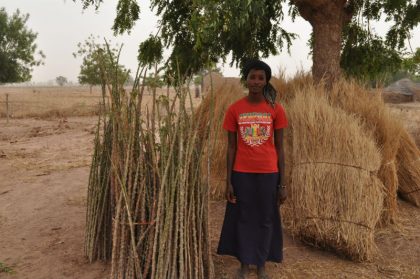 The actual work consisted of digging a 94-meter trench between the community water spigot and the field, and then installing piping in the trench and branching off the main spigot. The work itself began in the morning and was finished by the afternoon.

Neighbors all pitched-in to prepare the trench, and a plumbing specialist from a larger town nearby came to handle the actual branching, as well as the installation of a separate water counter for the new field spigot.

Water Charity funds paid for the materials and the work of the plumber.

Comments from the community were numerous and consistently positive. The entire neighborhood surrounding the field was present for the installation, and all reiterated their gratitude for the help of Water Charity. 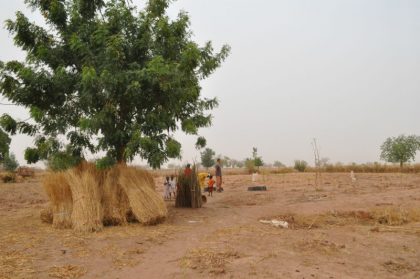 They were eager to begin large-scale agricultural work in the newly irrigated field but as a group decided to conduct only small growing experiments until closer to the following raining season, so as to avoid large water bills without the field already producing.

Their annual cassava crop will be watered between now and the coming rainy season, but only marginal amounts that should not result in significant water charges until the system is put into full use.

All in all the community sends all their best wishes to Water Charity for your large-hearted assistance in Medina Ndiobene.

We congratulate Tobias and the entire community for the effective implementation of this project. We are still seeking donations for this project.