This project has been completed under the direction of Peace Corps Volunteer Alicia Portillo.

The project was to provide running water for the bathrooms, improve the drainage between and out of the bathrooms, and install a faucet and a handwashing station.

Phase 1 – Bottle Drains
Following hired help to re-pave the insides of the bathrooms, the younger students enthusiastically participated by bringing more than 2,000 half-liter bottles from home and filling them with sand. The construction of the drains was mostly done by younger students working alongside me. They felt a sincere sense of accomplishment throughout this process. Outside help was hired to make the lids for the drains (using conventional methods).

Phase 2 and Phase 3 – Handwashing and Plumbing
Water tower tank and subsequent bathroom plumbing took up most of the funds, and timing, as expected. Besides waiting for the arrival of the water tank, and deciding where to place the tower, the process went relatively smoothly. Construction of the handwashing station was the final stage of construction and proved to be the easiest after deciding where and how many taps to install for maximum effectiveness. Decision to use taps instead of tippy taps is described in “Downfalls” sections. 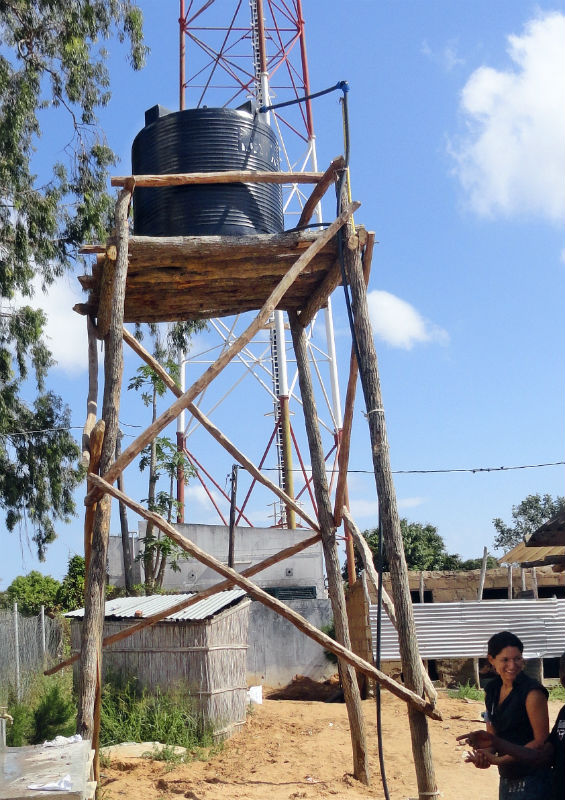 Lecture series followed by demonstrations focusing on how to wash and dry hands properly were given class by class for a two month period. The kickoff was on Global Handwashing Day. All students brought ash from their homes and received training on how to use it as soap. Activists from local HIV home care associations were the primary givers of these lectures/trainings, although some teachers participated as well.

Downfalls
The project was only supported actively by the school director and younger students, who despite their enthusiasm couldn’t work as quickly as older students or faculty could have. This project reaffirmed what I have seen in the health sector (maybe even its origins?) of how past a certain age, volunteerism doesn’t exist in Mozambique. Case in point, the teachers sat, doing nothing, while they ordered the kids to get water for the cement.

Tippy taps were decided not to be used because, despite their practical use on paper, they wouldn’t be effective in this setting. The refilling of the jerry-cans was the primary concern for the implementation of the tippy-taps. Unless someone was paid to do it, I doubt that anyone at this school would do this task on a much-needed regular basis.

Positive Outcomes
A number of students brought their parents to show their work with plastic bottles, demonstrating pride. Another unforeseen positive outcome was having discussions about gender and construction work. Hearing a female student say, “I can do this also. Girls can do the same job if they want to,” when a male student tried to take her place filled my heart with pride. Because working with ‘bottle bricks’ doesn’t require heavy lifting like normal bricks, kids, of both genders can construct useful products. In a society where they are tossed aside, this voluntary activity proved to be very helpful in their self-esteem.

Through individualized trainings to over 1,500 of the primary school students and their teachers, students have a better understanding of germ theory, being able to prioritize when to use soap/ash and wash hands (in their water poor zones). They have continued to bring and use ash for washing their hands. However I will be working with them to develop some sort of ash dispenser to put next to the hand washing station. 3 months after, the bathrooms are significantly kept cleaner and therefore capable of being used thanks to the plumbing provided in this funding.

Thank you so much for this opportunity. Despite its many frustrations, it really helped the sanitary environment of this school for the students. Appropriate Projects is a uniquely useful tool for us abroad. 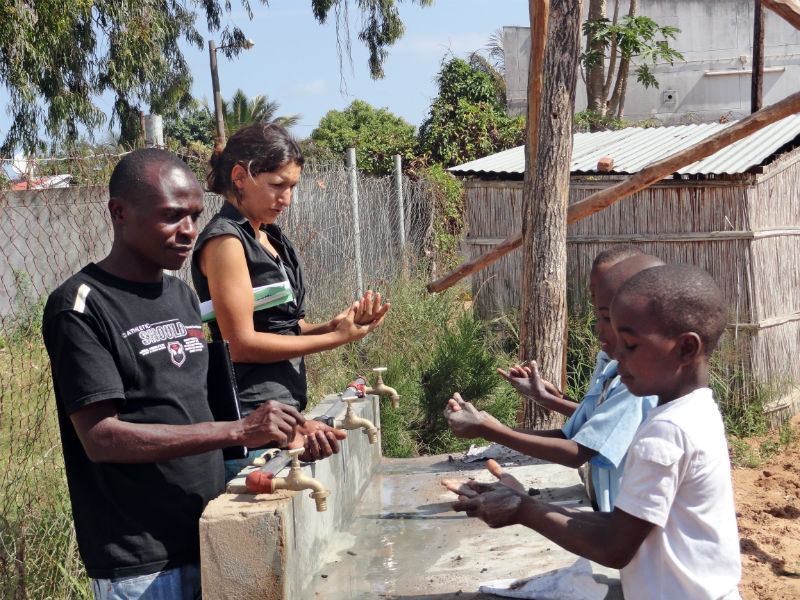 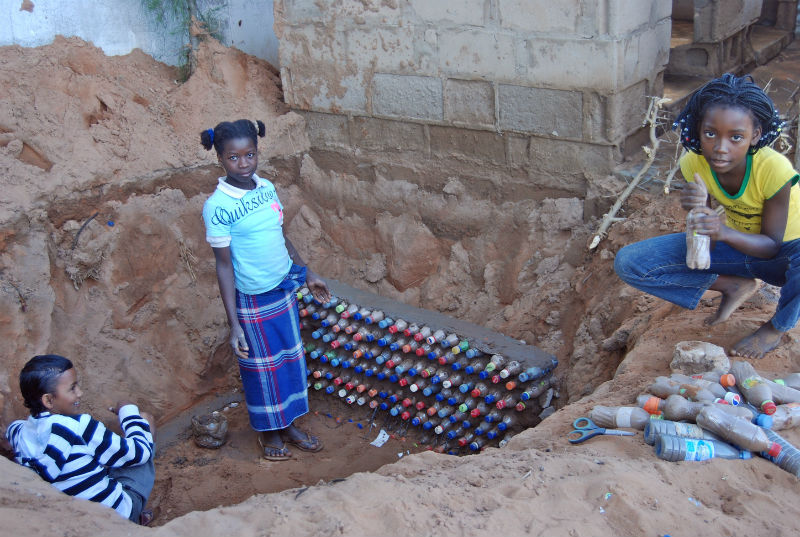 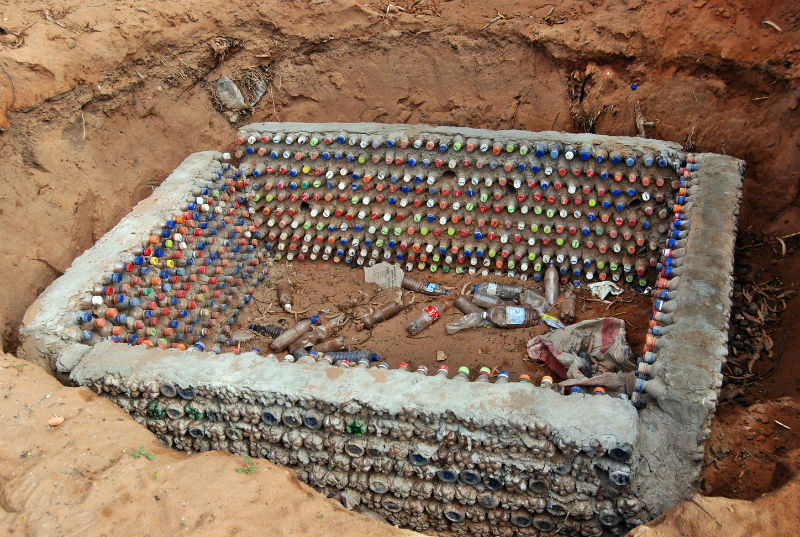 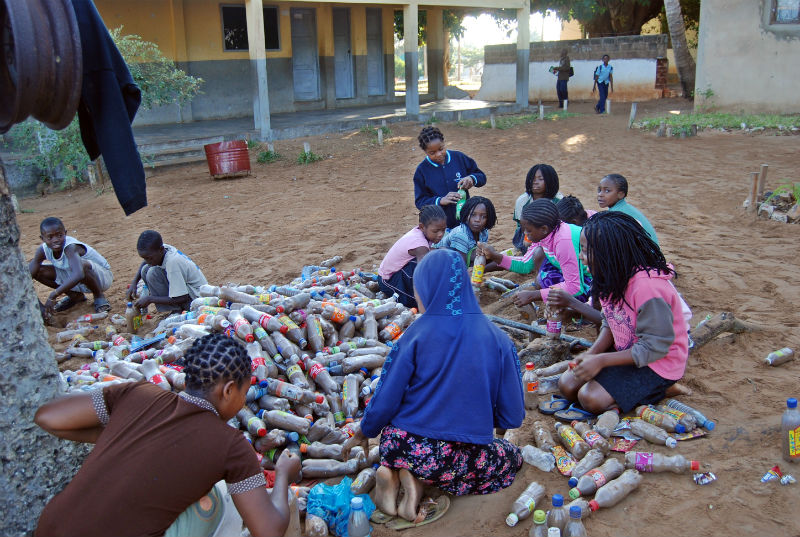