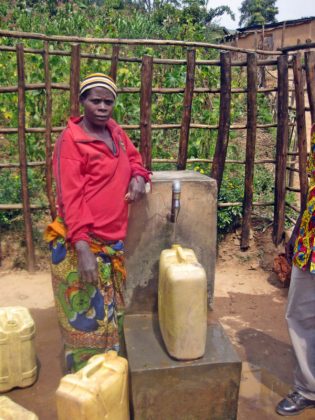 This project has been completed under the direction of Peace Corps Volunteer Avery Karlowich. To read about the beginning of the project, CLICK HERE.

The project was to repair the underground piping system, improve the water collection system, and connect the water source to above-ground spigots in the Manyagiro sector.

I would like to thank Appropriate Projects for facilitating and making the Manyagiro Water Project possible. To see the effects of the instant deployment of resources for small but critical projects is momentous.

After submitting the application and then collecting the funds I drew up a contract between myself and the Manyagiro sector to outline the timeline and budget, as well as guidelines for the project. The contract was drawn up at the request of the community to avoid any miscommunications.

Construction began right away. In an effort to save costs on labor, community members helped to dig trenches and lay materials. Umuganda, a day of mandatory community service, was designated towards the project. 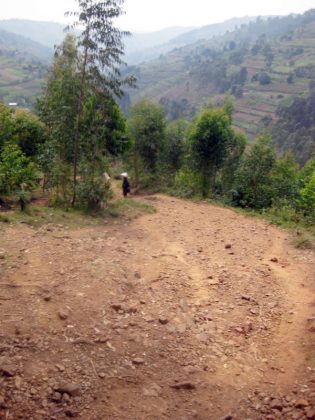 All individuals in the Manyagiro sector assisted with repairs to existing underground pipes and the construction of the new spigot. Members of the community donated trees that were used to create a fence that prevents animals from trampling and damaging the site.

Upon completion of the community spigot, there was a small amount of money remaining. It was decided that the funds would be used for materials to construct a fence at the MAFUREBO Primary School to protect the newly installed spigot and water collection tank that were built.

The community has decided to assign a voluntary night guard, ‘irondo’, to prevent robbers, thieves, and stray farm animals from damaging the new water source. This is a common practice in many of the rural villages of Rwanda since 1997.

The project completion coincided with the beginning of the school year. An outdoor gathering took place where both events were celebrated. Individuals from the capital of Rwanda came to congratulate the Manyagiro sector on their dedication towards improvement and hard work. Colossal smiles were present and hugs were given. Thank-yous were said from the residents of the Manyagiro sector to the American People, Peace Corps, and Water Charity. 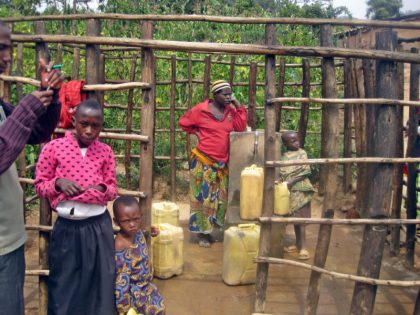 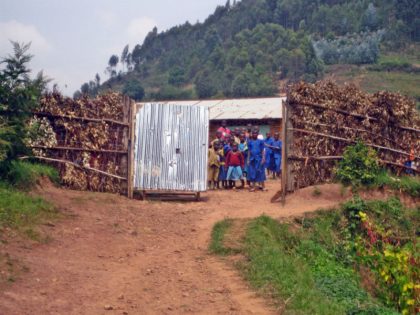